Halla is a committed undercover eco-terrorist trying to save Iceland’s natural landscapes from industrialist destruction, but when a long-desired child becomes available for adoption, she must choose between the greater good and her own dreams. 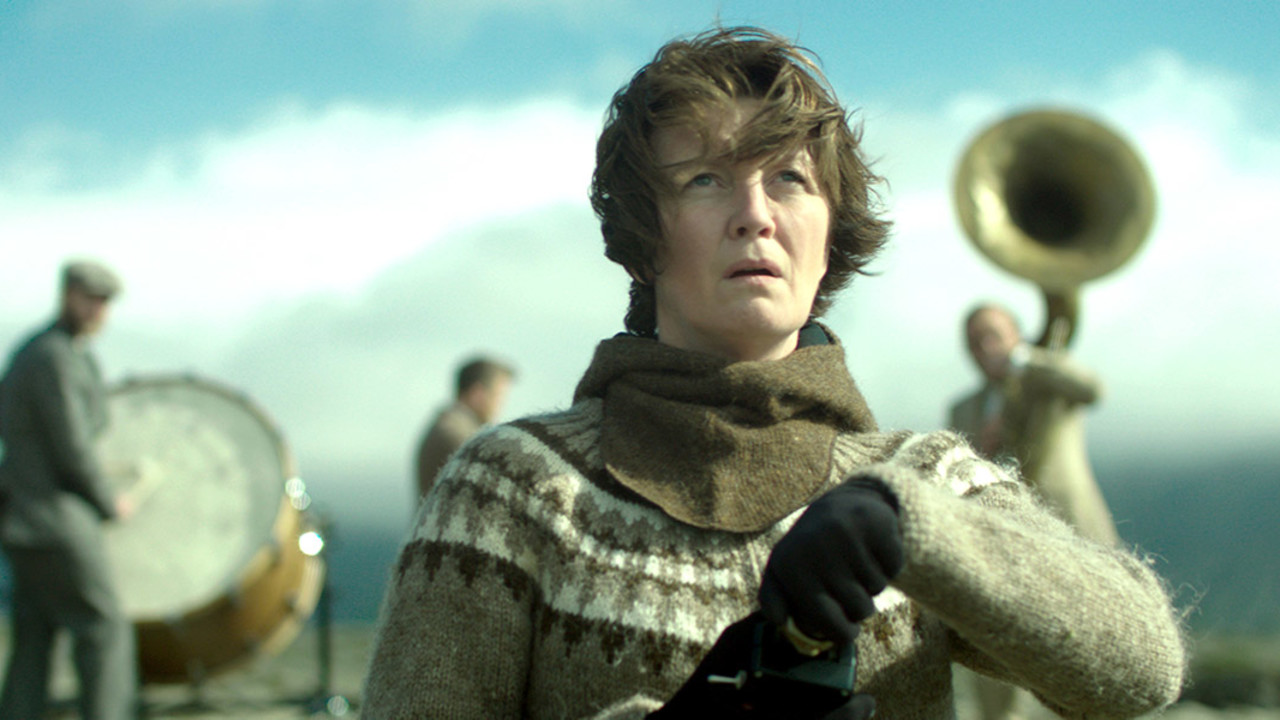 Halla (Halldóra Geirharðsdóttir in a bravura performance) is a choirmaster who loves her job. And she's just learned she's been approved to adopt a child from a war-torn area in Ukraine, a long-time dream of hers.

The only hitch is that Halla is also a terrorist — an eco-terrorist to be exact. The proliferation of heavy industry, urged on by unscrupulous politicians, has been ruining Iceland's rugged landscape and she's taken action. Dubbed the Mountain Woman, Halla soon becomes the scourge of the aluminum industry. Halla is determined to see things through… but she can't help wondering, would it be more fulfilling to save hypothetical future lives or one actual life: the daughter she has yet to meet and may never if she's apprehended.

Benedikt Erlingsson's second feature drills deep into the inevitable dilemmas plaguing almost everyone committed to the greater good. And the political satire here is precise and rich. It's evident in the sleazy Fox News–style way the government demonizes Halla. At the same time, there's a puckish, postmodernist sense of humour percolating though Woman at War that suggests vintage Makavejev and Godard, or even Alain Tanner's classic Jonah Who Will Be 25 In The Year 2000.

A tiny jazz band follows Halla everywhere she goes — on rooftops, in remote fields, in the middle of a flood — sometimes joined by a cadre of singers in traditional Ukrainian dress. It's a reminder that the revolution should be hopeful, not just gloom and doom. And it should come with cool music.