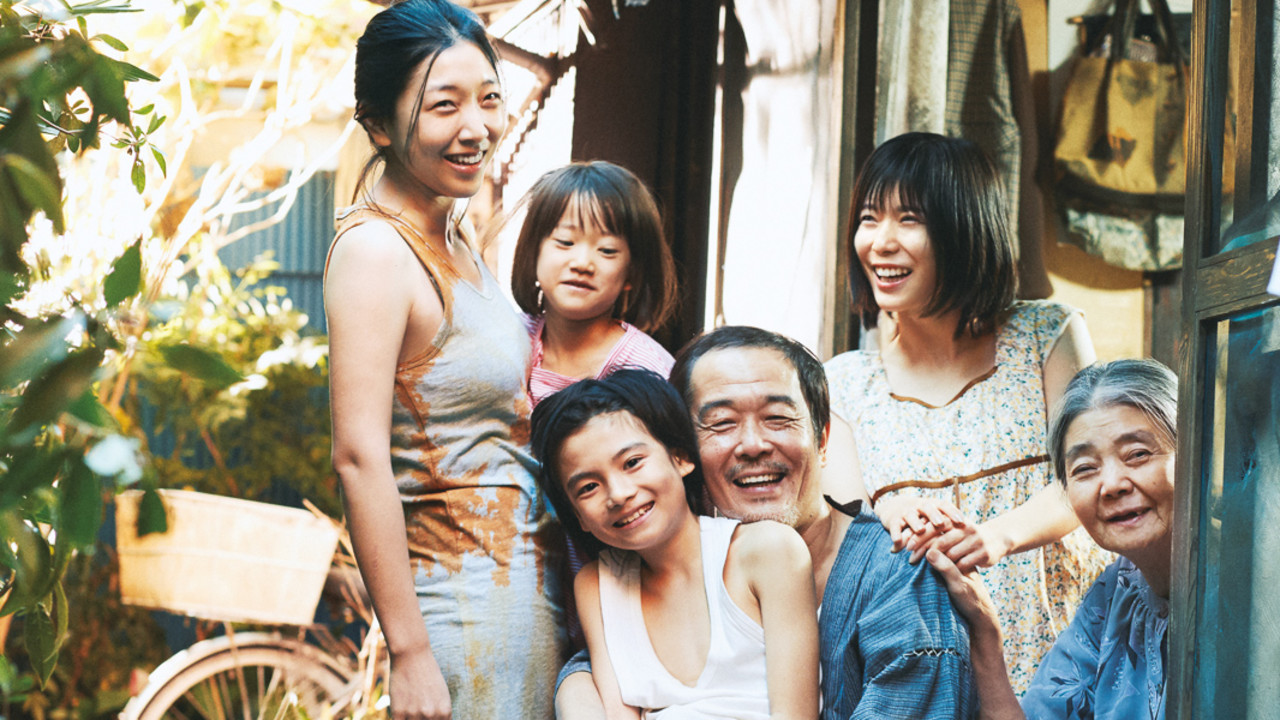 Osamu, a middle-aged man, and Shota (Kairi Jyo), a young boy, walk into a grocery store. They play it cool, not speaking but, rather, signalling to each other with their hands and eyes. One provides cover while the other snatches goods. They stroll out the door with a hidden bounty before anyone notices.

The latest from Japanese master Hirokazu Kore-eda (Nobody Knows) begins with the mischief and intrigue of a heist movie, but Shoplifters is much more. Winner of the Palme d'Or at this year's Cannes Film Festival, this tender, wise, suspenseful film is an incisive social critique and characteristically nuanced family portrait delivered with breathtaking grace.

The resourceful grifters at the heart of Shoplifters are not, however, all blood relatives. Osamu (Lily Franky) and Shota (Kairi Jyo) find four-year-old Juri (Miyu Sasaki) freezing on a balcony and take her back to their poor but happy home. And though Osamu's wife doesn't want another mouth to feed, any plans to return Juri to her parents are given the kibosh after signs of abuse are discovered on the little girl's body. If they're not demanding a ransom, how could this be a kidnapping?

Whether capturing the hubbub of mealtimes from a cranny in the family's cramped flat or tracking treks for food and goods in sundry corners of the city, Kore-eda's camera exudes a quiet compassion for these marginalized misfits struggling to make ends meet in a merciless urban environment. Shoplifters is an unforgettable testament to the notion that the family who steals together stays together.