Festival veteran Igor Drljaca returns with his first documentary feature, a visually sumptuous piece which oscillates between sly humour and trenchant analysis while exploring unusual tourism-related attempts to resuscitate economies in Bosnia and Herzegovina and the surrounding Balkan region. 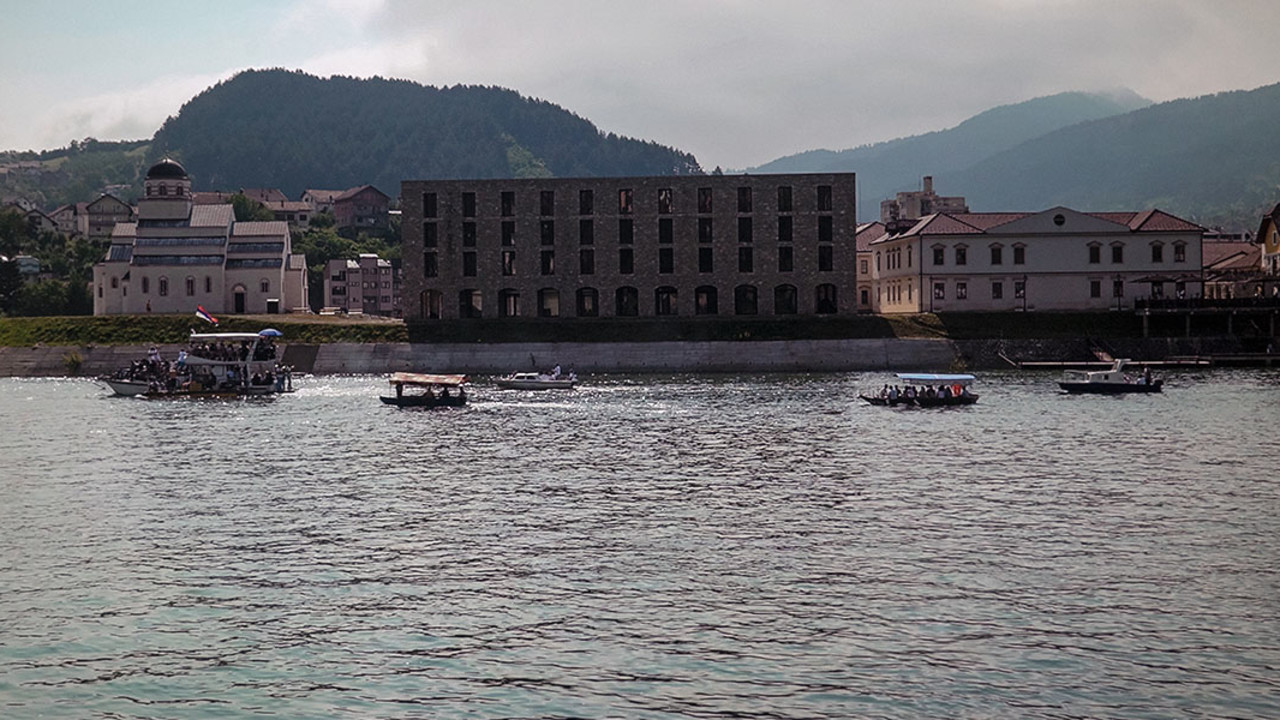 The fall of Communism and the Yugoslav Wars still haunt the former Yugoslavia, no more so than in Bosnia and Herzegovina where Igor Drljaca's first documentary The Stone Speakers is primarily set.

Yet parts of the area are experiencing a revival due to tourism, albeit tourism of an alternative sort, based not only on gorgeous vistas but on purportedly otherworldly landmarks. One is a statue of the Virgin Mary where, several decades ago, a group of children claimed to have had direct contact with her. The other site houses pyramids of Mars and the Sun. These destinations seem to strike their viewers as heartfelt, comical, genuine, and eerie — at least judging by the responses they churn up.

At a huge outdoor mass, singers belt out a creepy tune about Jesus; it's essentially religious erotica in Muzak form that might have been written by South Park's Eric Cartman circa Faith + 1. The discoverer of the pyramids at Visoko can't resist welcoming guests with a threat towards his political enemies who won't adequately fund his dream of peace. Yet when the Visoko believers begin singing outside the pyramids and the sound echoes through the caverns, it's ethereal enough to make you wonder exactly what's going on.

What ultimately strikes the viewer is that this country views its history differently than outsiders do. One woman bemoans the loss of the factory that kept the village alive... and which looks like some sort of inscrutable machine from a Guy Maddin film. She claims the last war wasn't about ethnic rivalries but profiteering — difficult to argue when you see attempts to make money off religious sites.

What also emerges in this visually striking and profound film is a portrait of a country struggling to come to terms with a rich and tragic past that is, to paraphrase Faulkner, neither dead nor even past.