A caseworker (Julia Roberts) who helps soldiers transition back to civilian life is interrogated by the Department of Defense after her former boss’s (Bobby Cannavale) ambitious demands raise suspicion. 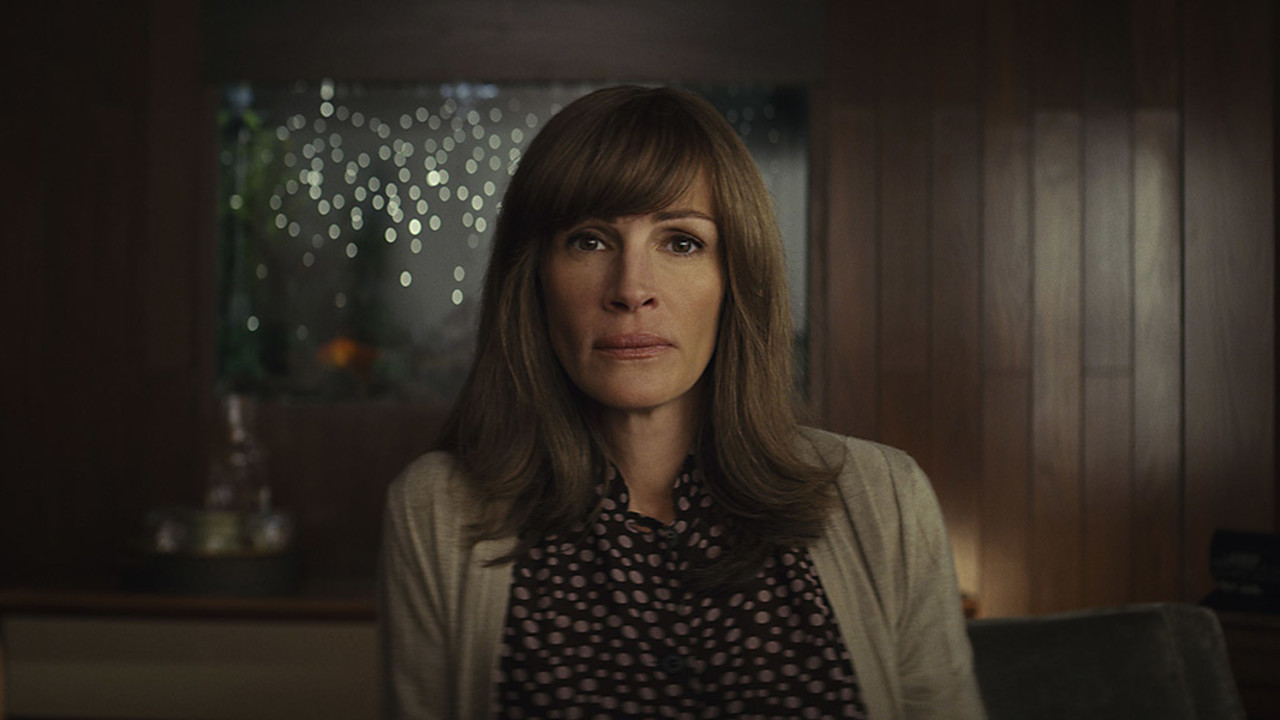 Based on the popular podcast, Homecoming follows a caseworker in a military reintegration facility as she prepares an endearing veteran for his return to civilian life. In her first episodic role, Julia Roberts (also at the Festival in Ben is Back) delivers a nuanced performance as the kind-hearted Heidi Bergman, a therapist who wants to take a holistic approach to the experimental treatment, much to the chagrin of her boss. Opposite her is Stephan James (2015 TIFF Rising Star, also in this year’s If Beale Street Could Talk) as Walter Cruz, a gentle soldier whose trauma is constantly simmering under the surface. The two appear to be making progress, but paranoia pervades for Walter and his compatriots as they roam the hollow corridors of the claustrophobic rehab centre, a place that may hold a few secrets of its own.

Leaning into noir, director Sam Esmail, best known for creating Mr. Robot, faithfully adapts this mystery of the mind. Juggling two time frames, signalled by different screen ratios, the show carries a fragmented, eerie feel, always leaving you guessing which parts of the story are more trustworthy than others. Esmail brings his signature eccentric characters to the mix (including a show-stopping performance from Bobby Cannavale), as well as elegant long takes and a quirky, often-dry sense of humour. Homecoming echoes the paranoia of a Cold War mentality and resonates all too chillingly for the modern age.