Inuit youth in a small community gain a powerful sense of pride and purpose through the sport of lacrosse, in this true-story account of tenacity, renewal, and inspiring resilience. 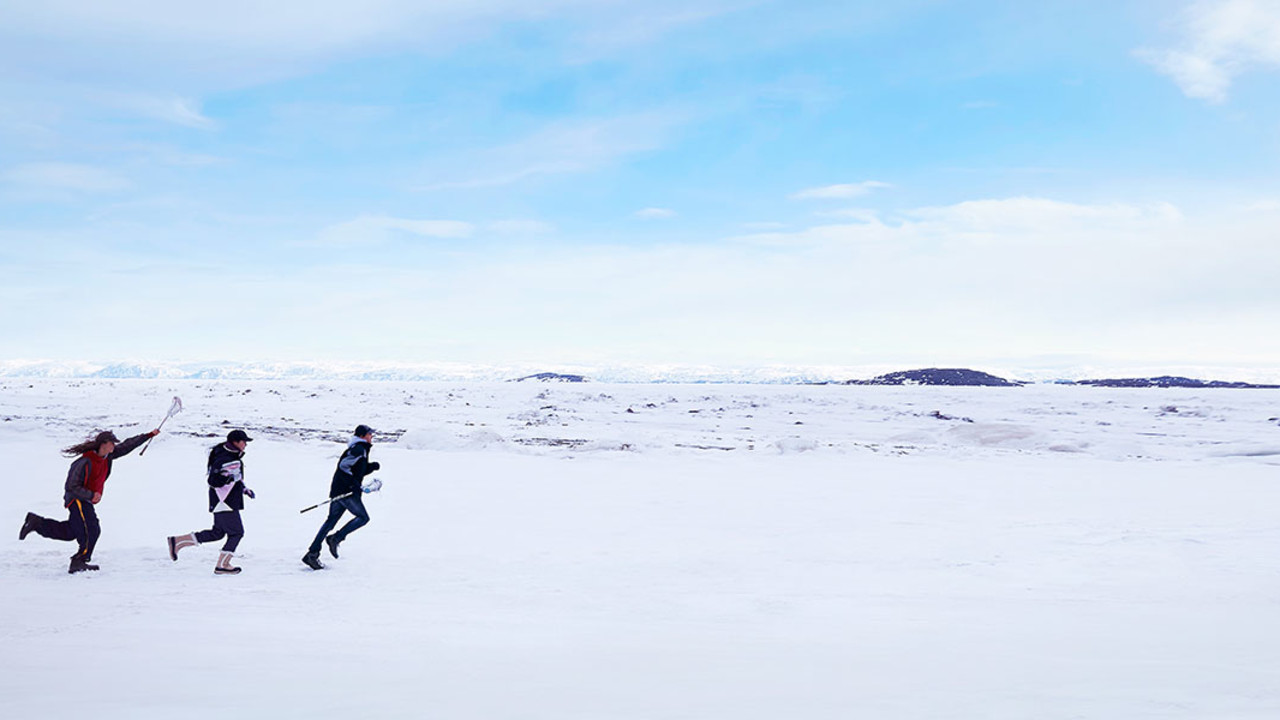 Based on a true story, The Grizzlies is about the determination and resilience of a group of Inuit youth in a small Arctic community.

In 1998, first-time teacher Russ Sheppard (Ben Schnetzer) moves north for a job at a local school in Kugluktuk, a town struggling with one of the highest suicide rates in North America. With no previous experience or knowledge of life in the north, Russ is shocked and overwhelmed by the numerous social issues facing the youth, all as a result of the massive legacy of colonization on their families and communities. Russ introduces a lacrosse program in the school. Although the program is at first met with skepticism and resistance, Russ's commitment begins to win the trust of the students and together they form the Grizzlies lacrosse team. Through the sport, the youth find a vital outlet for their emotions and the team creates a sense of pride and purpose in themselves and their community.

Originally from Kugluktuk, one of the film's producers, Stacey Aglok MacDonald, has first-hand experience of the impact of this program on her community and has been committed to bringing this story to the screen in close creative collaboration with producer Alethea Arnaquq-Baril and director Miranda de Pencier. With absolutely stunning breakout performances by young Nunavut-based actors Paul Nutarariaq and Emerald MacDonald, The Grizzlies is a testament to the spirit, tenacity, and leadership of Inuit youth, persisting in spite of immense pressure and hardship.