When a romance between a widow and a notorious libertine takes an unexpected turn, Mademoiselle de Joncquières becomes instrumental to one lover’s plans for revenge, in this stunningly shot period film from Emmanuel Mouret. 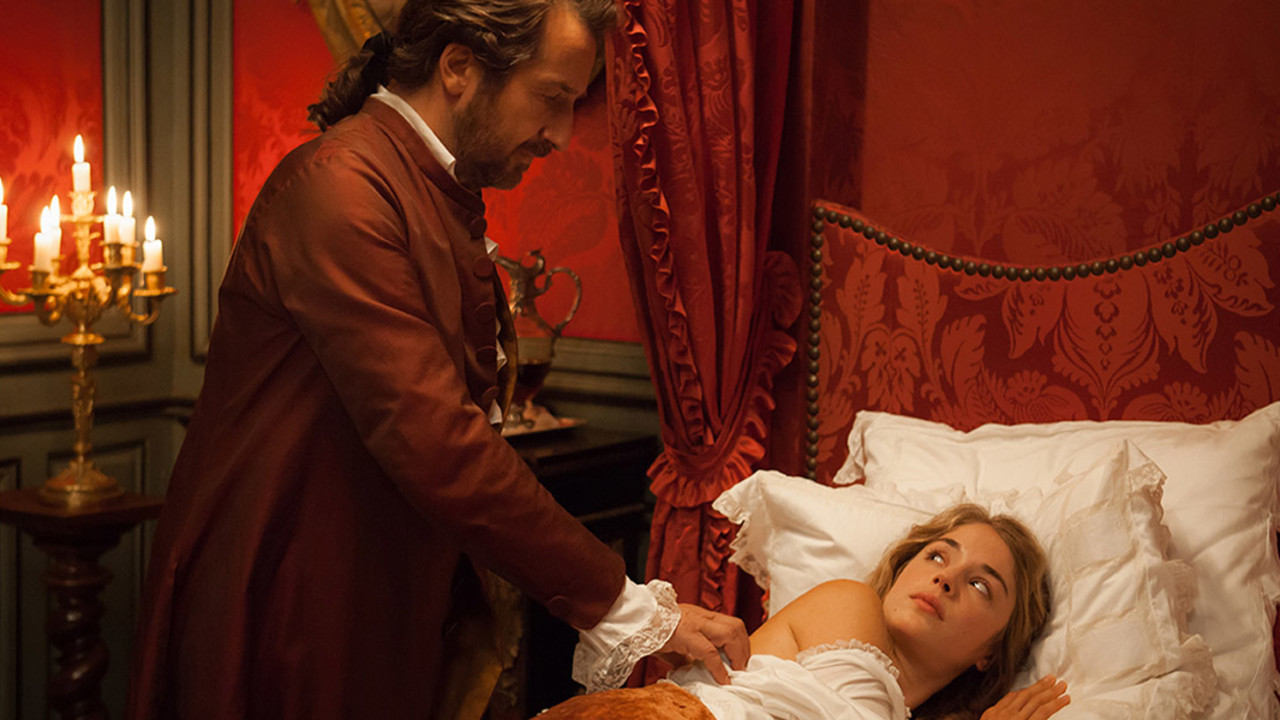 French writer-director-actor Emmanuel Mouret's elegant film of courtly manners plays like an even more wicked variation on Dangerous Liaisons. Beautifully shot, brilliantly written, and exquisitely acted, it delivers delightfully its witty insights into male and female folly as if engaged in an afternoon session of decorous fencing. Thrusts are made and parried, while the technique of the participants is admirable; their footwork is nimble and their ripostes artful.

Shot in the French countryside, where the aristocracy lives and plays in manicured mansions, Mademoiselle de Joncquières strips away the layers of artifice beneath the play of manners to tell an age-old story about a libertine pursuing a beautiful woman of virtue. Madame de La Pommeraye (Cécile de France) has retired into virtual seclusion following the death of her husband, only to find herself being wooed by the dashing Marquis de Arcis (Edouard Baer). Events develop in the most surprising ways, and Madame seizes an opportunity provided by a new acquaintance (Alice Isaaz), the young mademoiselle of the title.

Everything in this film is in its tidy place, except the emotions that threaten to disrupt the regulated order of society. Mouret does a superb job of setting up his film, and then gently draws blood with a series of deft jabs, precisely delivered.