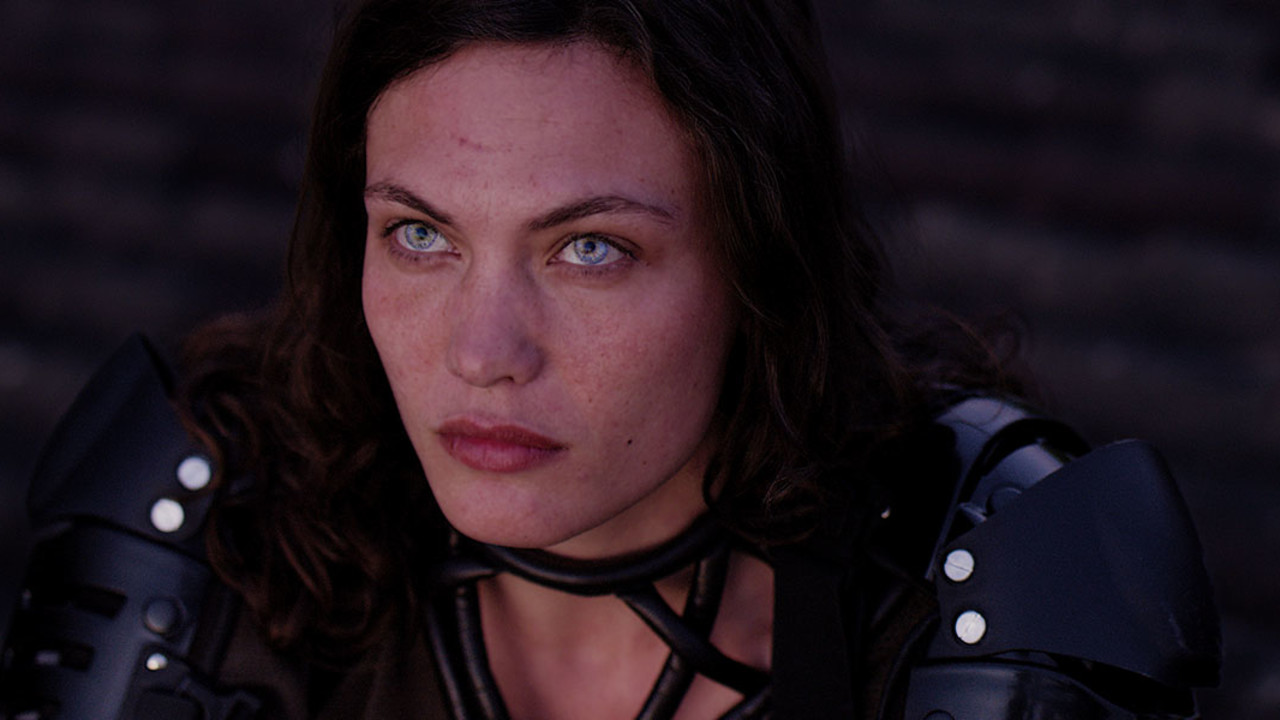 This visually arresting and inventive narritive work, co-directed by Caroline Poggi and Jonathan Vinel, is an at-times bizarre film that is utterly fearless in the risks it takes. A science-fiction genre film in its premise rather than for the few special effects it deploys — though they are effective when they do arrive — Jessica Forever revolves around a charismatic woman who looks after an extended, provisional family of misfits in a dystopia where orphans roam the world looting and creating mayhem.

In this frenetic future world, the orphans kill not only for food but for pleasure. Jessica (Aomi Muyock) is a leader and a makeshift mother dedicated to saving the beat-up marauders that she and her sort-of SWAT team find. An almost angelic force, Jessica heals and renews them, then leads them out on a mission to save more of their kind, even though they are free to leave.

This outlandish premise is matched by an eccentric visual design. Drone strikes, parachute drops, midnight swims during which dead relatives are encountered — these images all provide a sense of the wild ride that is Jessica Forever. This film is a brainy contribution to 21st-century sci-fi, with an expressly feminist spin.