Nikos Labôt’s feature debut offers a compassionate look at a devoted but underappreciated housewife whose brief taste of autonomy as a mall cleaner (where she is a popular, model employee) is threatened by pending layoffs. 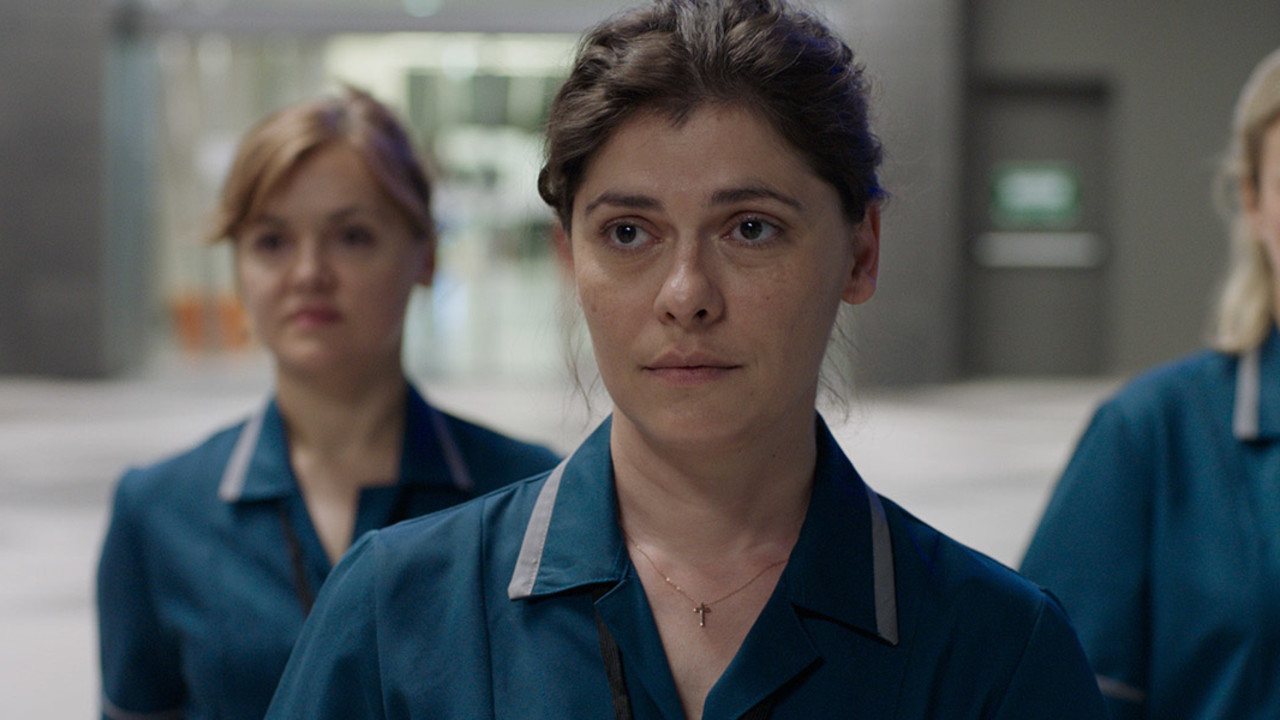 A compassionate look at middle-aged emancipation and empowerment, Nikos Labôt’s feature debut follows the bloom of an Athenian housewife as she emerges from her domestic cocoon.

Thirty-seven-year-old Panayiota leads a quiet, modest life with her husband (a domineering presence who spends his meagre unemployment income at gambling parlours), her rebellious teenage daughter, and her sensitive younger son. Sacrificing and servile (and nearly illiterate) Panayiota is trapped within a domestic environment that prevents her from achieving independence. One day, an opportunity for employment as a cleaner at a nearby mall stirs in her the excitement of a new life. Eager but introverted, she quickly becomes a model employee, gains financial independence, and expands her social life beyond the walls of her apartment. Back home, the family looks on with respect at Panayiota’s blossoming freedom. Yet her newly gained autonomy stands to be prematurely pruned by a series of layoffs at work.

With a finely crafted script and a touching performance by Marisha Triantafyllidou, Labôt constructs a compassionate story of self-determination and discovery. We take each careful step alongside Panayiota, watching her fidgety apprehension slowly morph into cheerful exaltation. Brimming with genuine encouragement, Her Job is a beautiful commentary on the often isolating aspects of domestic life, and the existence of our inner caterpillars, waiting to grow their wings of independence.