This haunting phantasmagoria from Peter Strickland (The Duke of Burgundy) follows the surge of misfortunes afflicting customers who come into contact with a bewitched dress at an eerie department store. 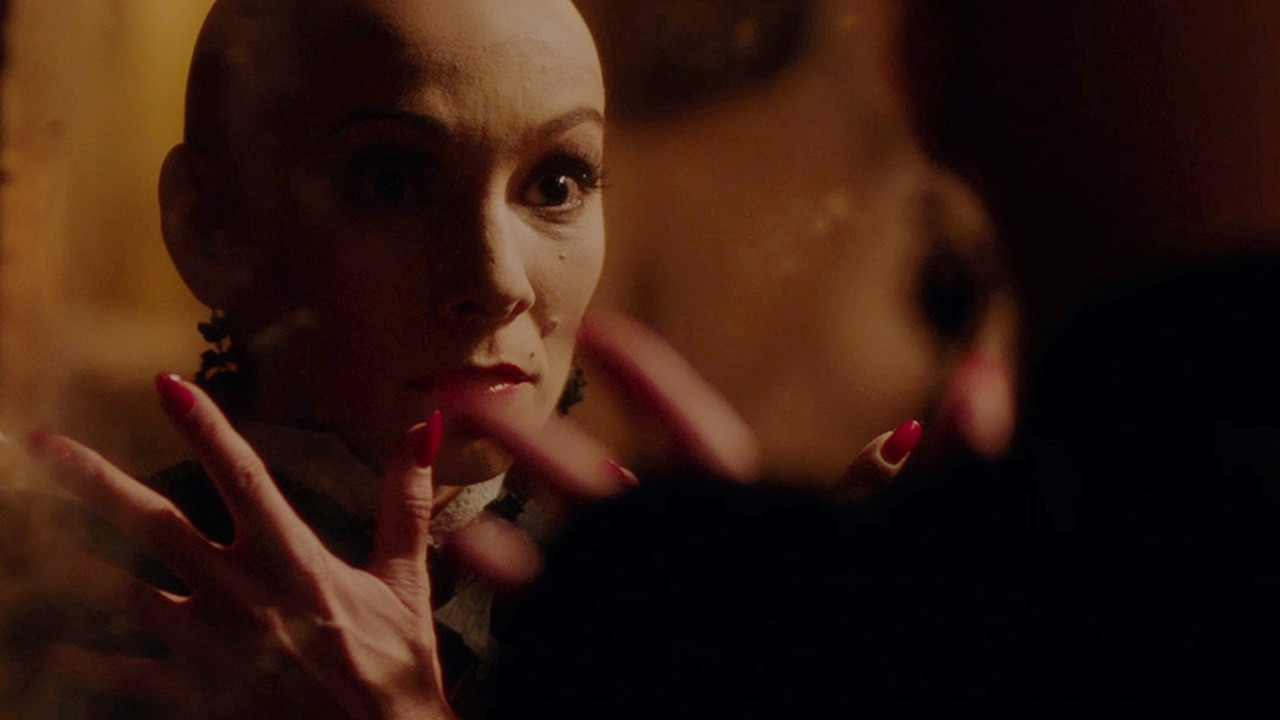 TIFF veteran Peter Strickland returns to the Festival with a beguiling ghost story worthy of the witching hour. Set against the backdrop of a wintertime department store sales spree, his latest phantasmagoria concerns a cursed scarlet dress as it encounters unsuspecting customers and corrupts their lives.

Obliquely split between two distinct tales in a dreamy divide reminiscent of David Lynch's Lost Highway, Strickland's film is populated with an idiosyncratic array of indelible characters and imagery. From a lonely divorcee to the wife of a washing machine repairman with a thousand-yard stare, dissatisfied souls float through a mesmerizing miasma of surreal sights and sounds, sporadically punctuated with bursts of disorienting collage-montage evoking the experimental works of Arthur Lipsett.

Pervading each thread is the witchy sales-matron (Fatma Mohamed) of the demonic department store, who speaks to her clientele in a cryptic verse to mask her dark designs, and an eccentric pair of bureaucrats hilariously portrayed by cult-favourite actors Steve Oram and Julian Barratt. Further bolstered by an entrancing cast that includes Marianne Jean-Baptiste and Gwendoline Christie, to say nothing of the villainous dress itself — which hauntingly sails towards its victims with an eerie glide that flirts with both camp and genuine menace — In Fabric is an absorbing synthesis of the exquisite pastiche Strickland achieved with Berberian Sound Studio and the erotic romanticism of his The Duke of Burgundy, here hemmed to sinister effect.