In this debut feature from Nino Zhvania, three downtrodden friends reunite by chance after years apart and strike out on one last adventure in an attempt to recreate the halcyon days of their youth. 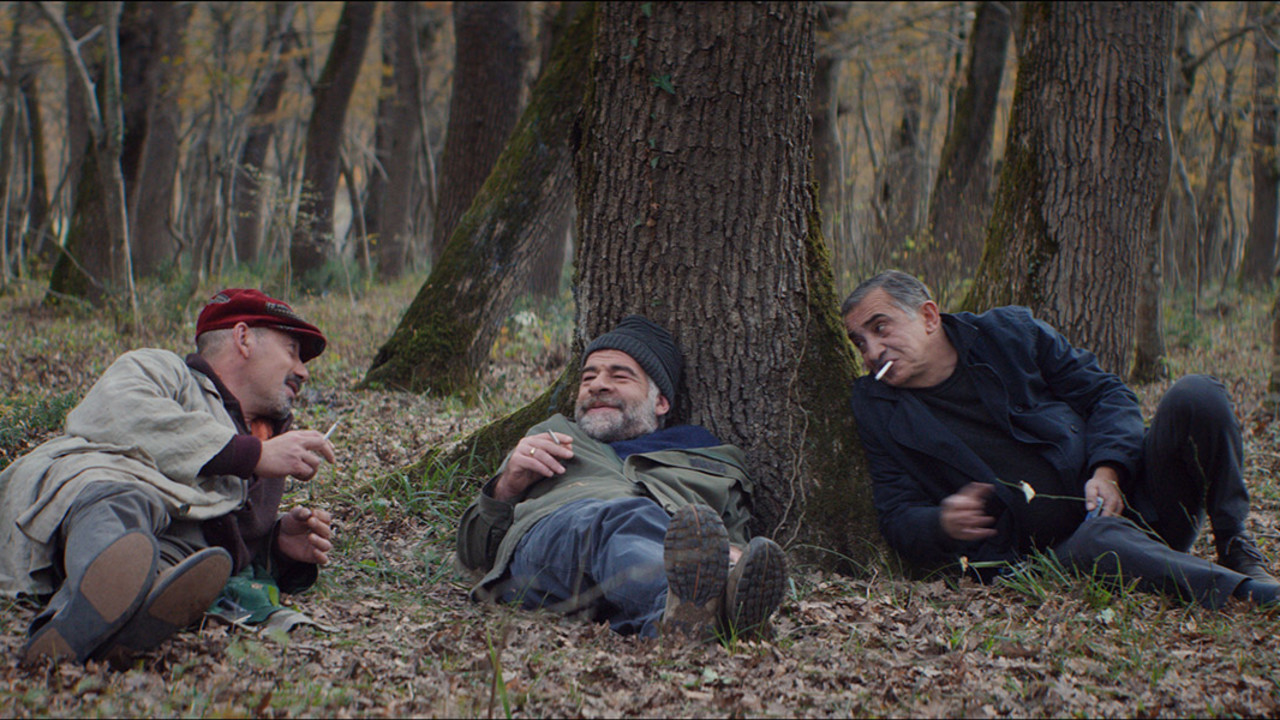 Three longtime friends, Tazo, Guram, and Trulaila, accidentally reunite in Tbilisi, Georgia, after years apart. Life has not been easy; one is newly released from prison, another is a struggling street painter, and the third is an actor and womanizer. The only things they have in common are fading memories of the good old days and a dissatisfaction with their present circumstances. Luckless so far, they decide upon an adventure with the potential of changing their trajectories.

The men aimlessly hit the road. As we marinate in their sorrows and joys, listening to their stories and jokes, glimpses of their respective formative moments are revealed. The subtle differences among the characters slowly become apparent to the audience and certain moments — like a chance meeting with a group of women that also breaks the ice between the old friends — are particularly revealing. With no particular direction, our heroes are hapless wanderers with every potential on the horizon. The Georgian countryside, also worn and somehow frozen in the past yet steeped in tradition and charm, is their guide.

Nino Zhvania's debut feature is a revelatory glimpse into Georgian society. A tragicomedy at its core, the film marks a director who is precise and steadfast in her vision and simultaneously maintains a nuanced, hawkeyed view of her society. PARADE is a love letter to the director's country, albeit with a powerful lesson: cherish what you hold closest to your heart because someday all that is left will be memories and time passed.