When a Black man is shot dead by police, three members of his community face different but serious consequences if they reveal their knowledge of the murder or the systemic corruption behind it, in writer-director Reinaldo Marcus Green’s bracing feature debut. 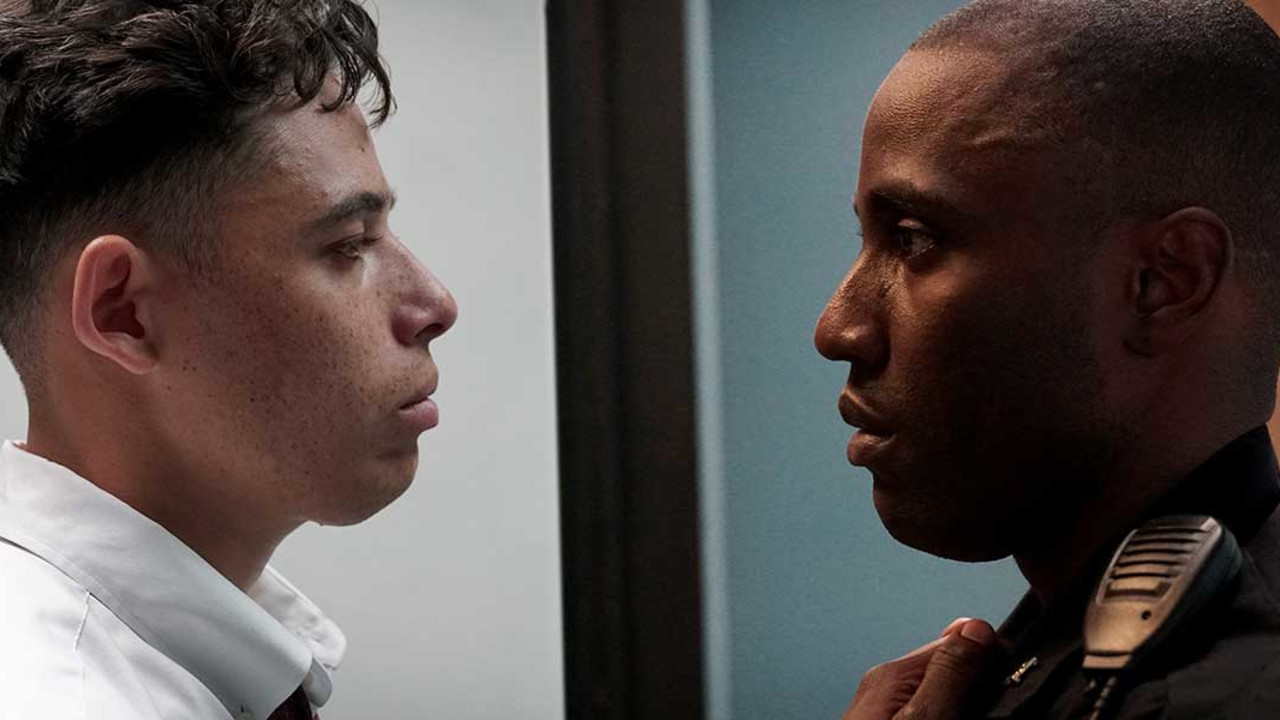 Black Lives Matter changed us. Outrage over the dangers faced by African Americans at the hands of authorities has permeated the culture. That culture and that outrage is felt in every frame of writer-director Reinaldo Marcus Green's bracing feature debut. Set primarily in Brooklyn's Bedford-Stuyvesant neighborhood, Monsters and Men examines how a single incident of violence has consequences for an entire community.

Things are going well for Manny (Anthony Ramos). He has a loving wife, a baby daughter, and another child on the way. He has a new job working security. Then he witnesses Big D, an amiable local fixture, get fatally shot while resisting arrest. Manny captures the entire event with his cellphone camera. He feels morally obligated to share the video, but he knows that doing so could threaten his family's well-being.

Dennis (John David Washington) is a Black NYPD officer who regularly experiences racial profiling and understands the proximity of police solidarity to corruption. He grows increasingly unnerved with his colleagues' insistence that he fall in line when queries into Big D's death begin to circulate.

Zyrick (Kelvin Harrison Jr) is a high-school basketball prodigy subject to racially charged shakedowns. He's drawn to a girl active in the campaign to bring to justice cops like those who killed Big D but, like Manny and Dennis, he has a lot to lose by getting involved. Green's network narrative illuminates a broad system of fear and misconduct, while his camerawork implicates us in its mirroring of police suspicion. Monsters and Men speaks to one of the most urgent issues of our time — one that affects us all — whether we chose to see it or not.