Matthew McConaughey, Bruce Dern, Eddie Marsan, and Jennifer Jason Leigh star in this fact-based crime drama about an 1980s-era petty hustler who became a drug boss, then FBI informant, before the age of 16. 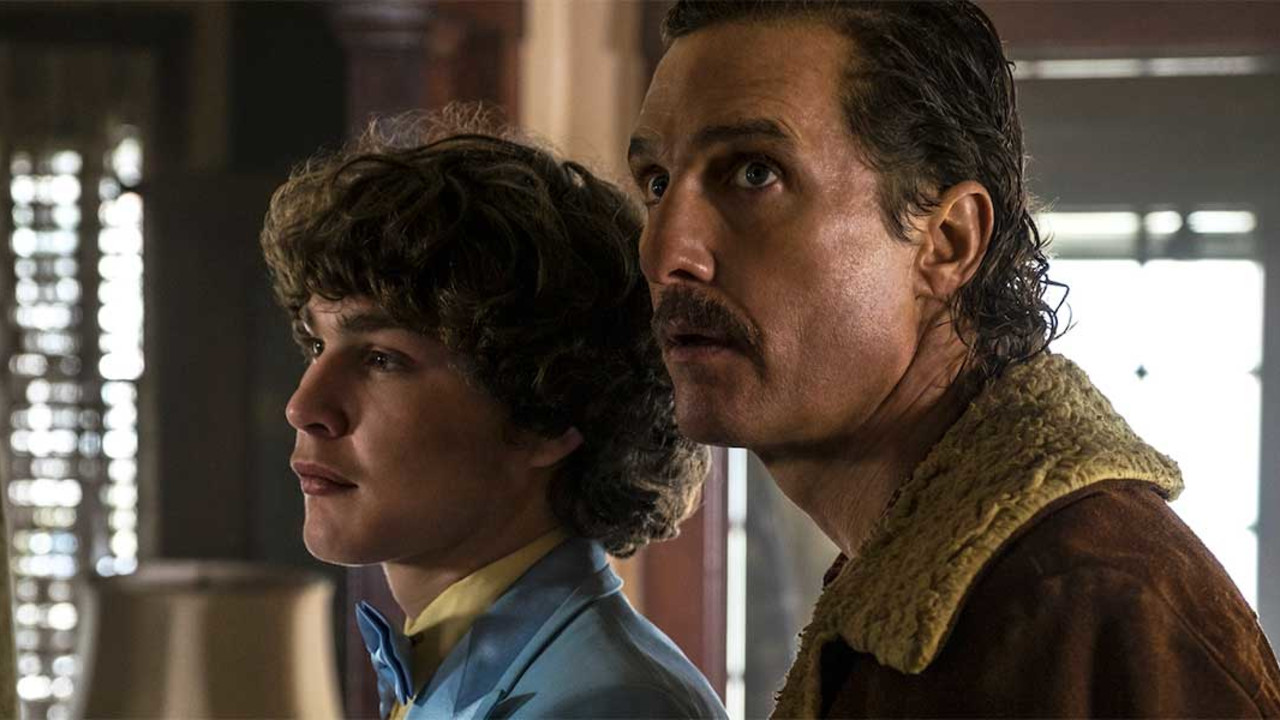 Set in a depressed 1980s Detroit, in an America embarking on a war against drugs, White Boy Rick follows the true story of Ricky Wershe Jr. (Richie Merritt), a teenaged drug informant turned dealer, moving, and sometimes fumbling, between both sides of the law.

In the Wershe's blue-collar home, Richard Sr. (Matthew McConaughey) dreams of open- ing a chain of video stores, but makes his living as a licenced gun dealer - with a side business manufacturing illegal silencers. His affable son, Rick Jr., shares his entrepreneurial spirit. Tasked with selling guns to local drug dealers, Rick Jr. gets a taste for their lifestyle as he parties and rubs elbows with notorious figures on both sides of the law. But when federal agents (Jennifer Jason Leigh and Rory Cochrane) get a hold of him, he is forced into a risky web of lies and deceit. Though not ignorant of the damage drugs can cause — his own sister (Bel Powley) is lost in a spiral of addiction — Rick Jr. fails to fully comprehend the danger that surrounds him. In Detroit in the late 20th century you're better off murdering someone than being caught with a gram of cocaine.

Yann Demange ('71, TIFF '14) flexes his directorial muscles in his second feature. With a Scorsese-esque sensibility and a killer soundtrack, and featuring a breakthrough performance by Merritt as the lead, White Boy Rick is an affecting and intelligent cautionary tale about the consequences of people and governments seeking simple solutions to complex problems. Though he was never going to win a father-of-the-year award, Wershe Sr. always had his son's best interests at heart. The same cannot always be said about the state for its people.