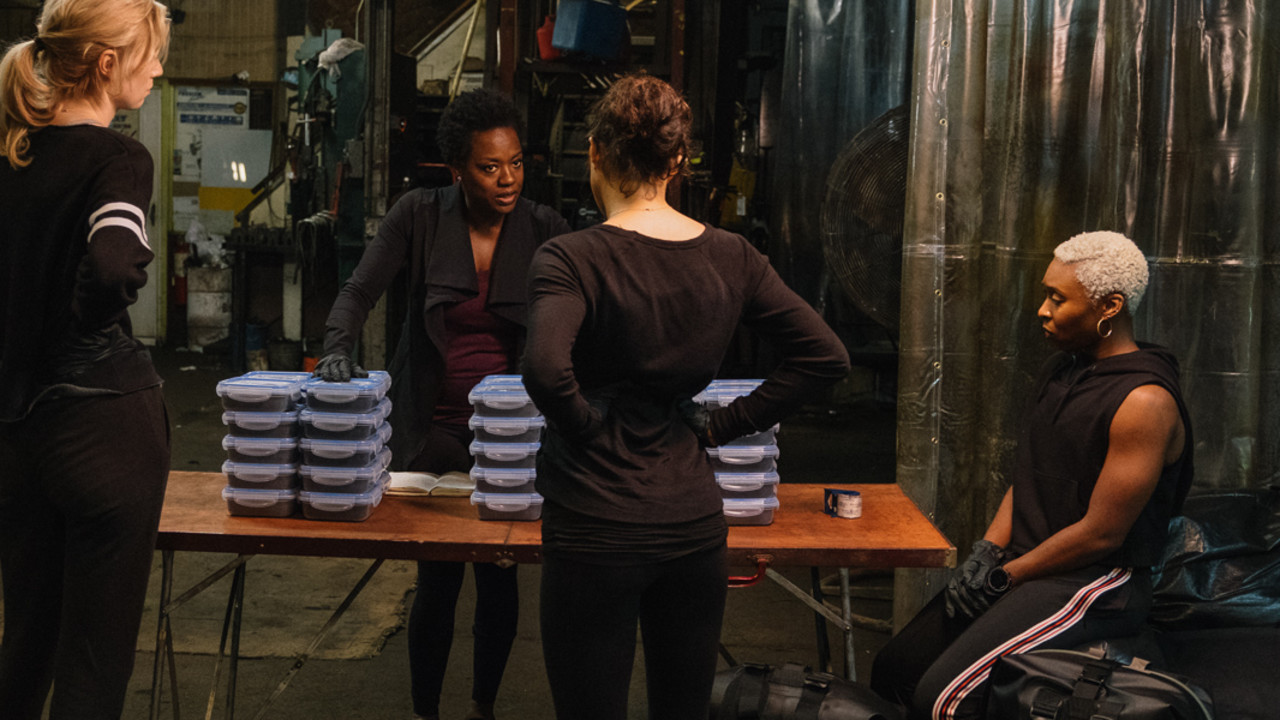 The press conference for this film will be held on September 9. Please visit the event page for the livestream link.

He has won the art world's Turner Prize and the film world's Academy Award. But can Steve McQueen blow stuff up? Can he yank audiences to the edge of their seats with a state-of-the-art heist movie? The answer, dear viewer, is hell yes. The director of the Academy Award-winning 12 Years a Slave continues to astound with what looks at first like a complete left turn into commercial action. But Widows serves up much more than jolts. With the always-superb Viola Davis at its core, McQueen's latest digs deeper, revealing the heartbreak, the politics, and the mixed

emotions behind the action. Veronica (Davis) lives an idyllic life in Chicago, ensconced in the loving arms of her partner, Rawlins (Liam Neeson), and in their luxurious condo. But Rawlins bought that cushy life robbing people. When a job with his gang goes fatally wrong, Veronica's life falls to pieces. With a local crime lord (Brian Tyree Henry) and his muscle (Daniel Kaluuya) pressing her to pay Rawlins's debt, Veronica sees only one option: round up the three other women who've slept for years next to these seasoned criminals, and make a plan to win their lives back.

Adapted from a 1980s-era British TV series by McQueen and Gone Girl author Gillian Flynn, Widows crackles with intelligence. Veronica and the other three widows (Michelle Rodriguez, Cynthia Erivo, and Elizabeth Debicki, the latter also at the Festival in Vita and Virginia) become linked by their money trouble, children, and the men that constrain them. A politician running for office on his family's dynasty, Tom Mulligan (Colin Farrell) exerts a power both within and beyond the law. The result is a big, twisty, satisfying thriller. Very few filmmakers can pull off Hollywood entertainment with a personal imprint. Steve McQueen has done it.