Natalie Portman gives a bravura performance in the second feature from actor-director Brady Corbet, which spans decades in the life of a young woman juggling a scandal-ridden music career, a teenage daughter (Raffey Cassidy), and an overbearing if doting manager (Jude Law). 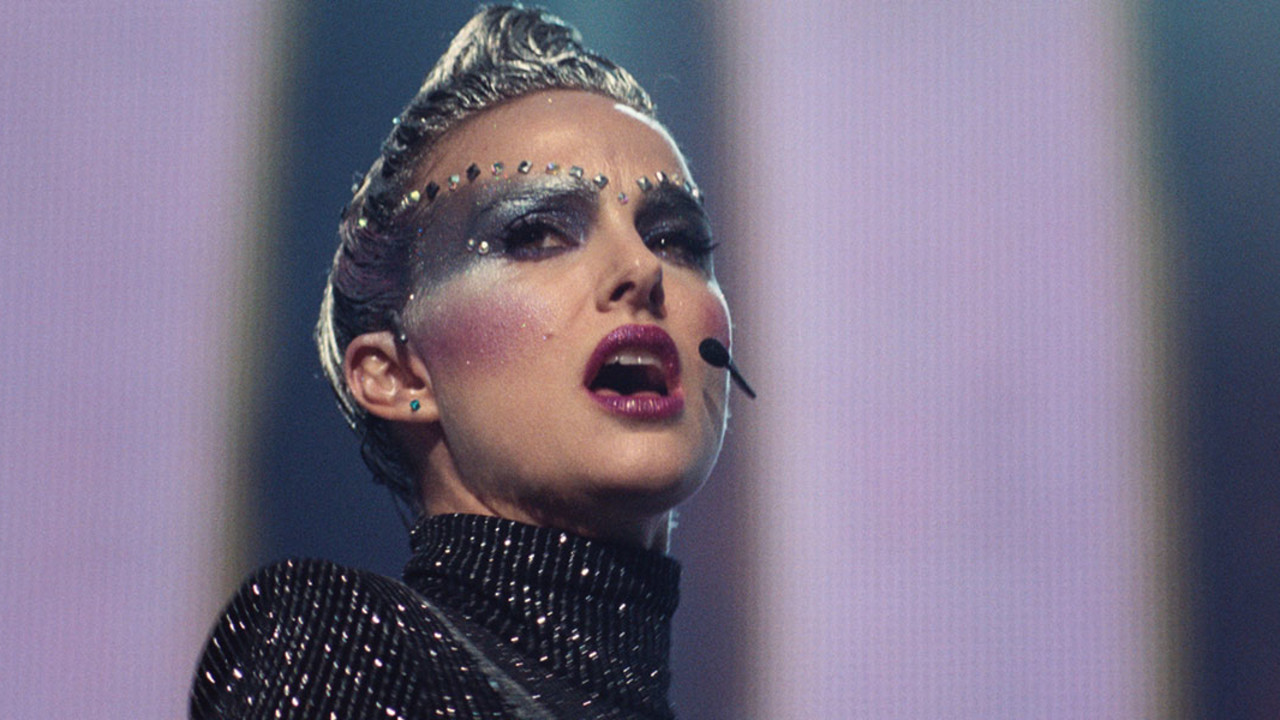 Actor Brady Corbet's second feature as writer-director tracks its heroine's path from the tragedy that defines her adolescence to the adulation that circumscribes her adulthood. Starring Natalie Portman and Jude Law, Vox Lux is both a riveting character study and a perceptive survey of the cultural shifts that have shaped a generation.

The film begins in 1999 with teenage sisters Celeste (Raffey Cassidy) and Eleanor (Stacy Martin), who have survived a seismic, violent tragedy. The sisters compose and perform a song at about their experience, making something lovely and cathartic out of catastrophe — while also launching a career.

The sisters draw the attention of a passionate manager (Law) and are rapidly catapulted into fame and fortune, with Celeste as the star and Eleanor the creative anchor. By the film's second half, set in 2017, the now 31-year-old Celeste (Portman) is mother to a teenage daughter of her own (Cassidy) and struggling to navigate a career fraught with scandals when another act of terrifying violence demands her attention.

Portman gives a bravura performance as a woman accustomed to exploiting her personal chaos, while Law is both endearing and disturbing as the father figure who also wants in on the party. But keep your eye on Cassidy, who is outstanding in her poignant double role.

"I'm a private girl in a public world," sings Celeste in one of her hit songs. Vox Lux is a story about our present moment, when the lines that once divided private from public — and real-life horror from entertainment — seem to have dissolved.