Emir Baigazin’s immersive family portrait tells the story of five young brothers who lead secluded lives under the strict watch of their controlling father, until the boys’ accidental discovery of the modern world threatens their way of life. 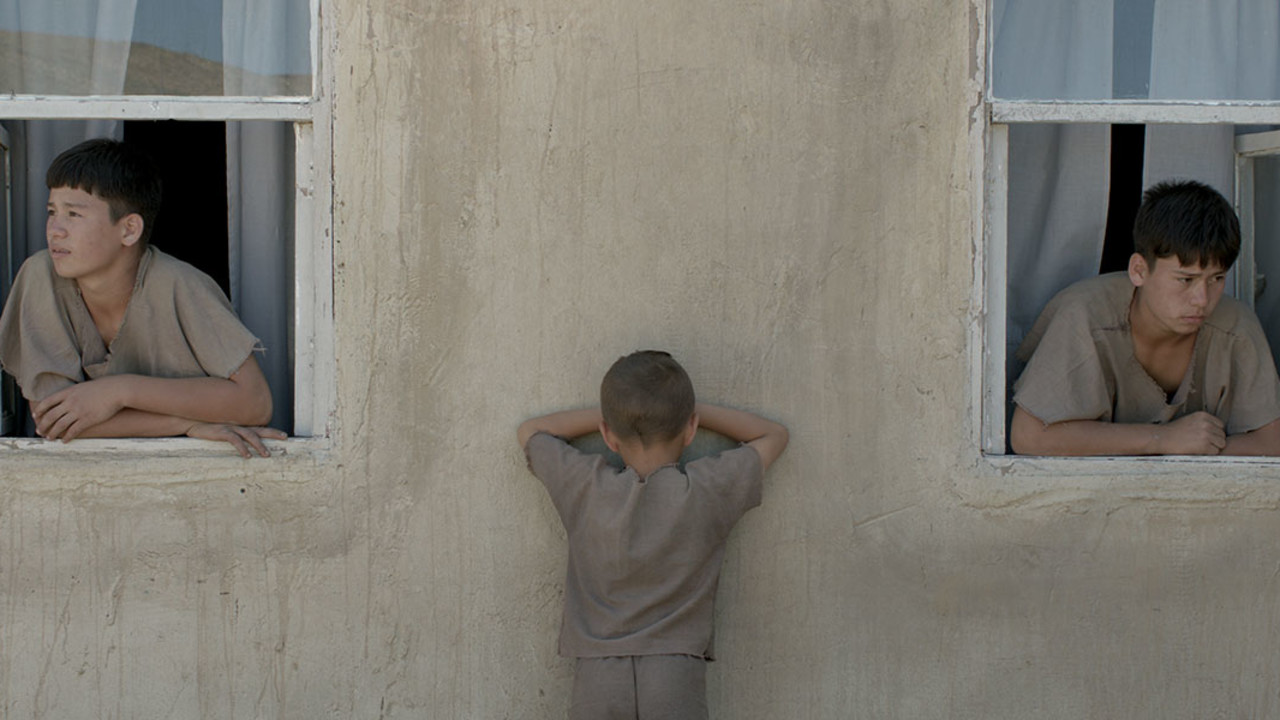 This distinctive film from emerging Kazakh director Emir Baigazin immerses us immediately in another world. Set on a parched landscape, The River follows a family of five young sons, their mother, and their strict father who is intent on instilling a sense of discipline and moral rectitude in his charges. A nearby river, previously kept secret from the boys, is revealed to them when they stumble past it one day. It soon provides a getaway where they can swim and frolic — and be regular kids — away from the piercing gaze of their father.

Baigazin's film is one of acute observation, where even sound becomes a tactile presence. As the boys play in the courtyard of their modest house, do chores — or fail to, as their father points out severely — the director charts the pastoral daily rhythms of a family isolated from the modern world. The boys talk of rebellion, of killing their father, but their simmering anger is assuaged by the river. And then, suddenly, another discovery: into their remote corner of the world arrives a long-haired boy in city clothes, riding a hoverboard, carrying an iPad, and asking if their family owns a TV. This disruption upends everything, as the rural values embodied by the patriarch are suddenly set to collide with the 21st century.

The beauty of The River lies in Baigazin's rigorous style. Its precision is evident in every moment, creating a vivid and rare experience for the viewer. We watch and listen, with a heightened sense of awareness, people and nature — and what the sudden introduction of technology might mean for both.