Sculpting in time and space, Long Day's Journey Into Night is a technical marvel as well as a dreamlike, neon-bathed noir, confirming Bi Gan as one of cinemas most exciting young luminaries. 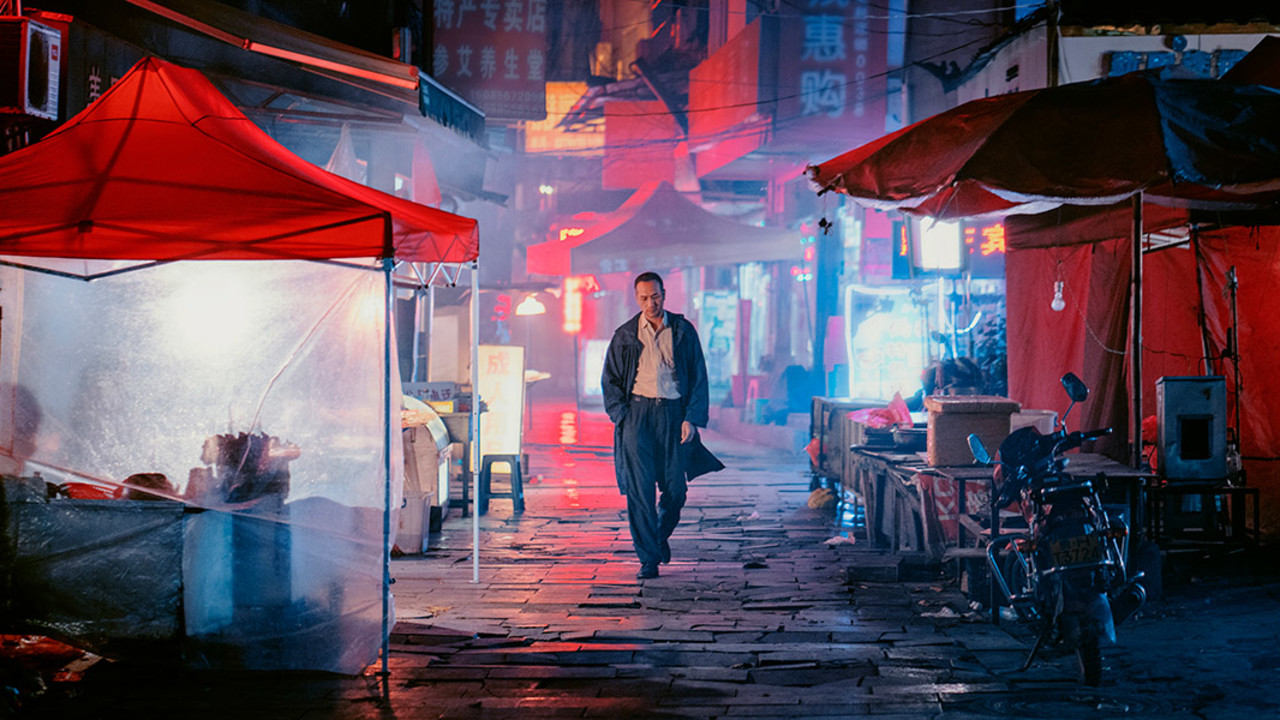 The follow-up to his critically praised Kaili Blues, Bi Gan's ambitious and frequently astonishing Long Day's Journey Into Night firmly establishes him as one of today's most exciting and adventurous filmmakers. As its English title suggests, this ravishing and rapturous fever dream of a film leads the viewer on a nocturnal, labyrinthine voyage, one that both reveals and conceals a world of passion and intrigue.

Oozing atmosphere with its noirish neon glow, the film chronicles the return of Luo Hongwu (Huang Jue) to Kaili, the hometown from which he fled many years before. Back for his father's funeral, Luo recalls the death of an old friend, Wild Cat, and searches for lost love Wan Qiwen (Tang Wei), who continues to haunt him.

Omnivorous in his appetites, Bi cites a bevy of influences: the novels of Roberto Bolaño and Patrick Modiano; paintings by Marc Chagall; and the film recalls the landmark cinemas of Wong Kar-wai, Hou Hsiao-hsien, Tsai Ming-liang, David Lynch, and Andrei Tarkovsky. Sculpting in time and space through virtuosic technical feats, Bi's film yields successive visual and aural delights. With talismanic cues and motifs of uncanny doubling, the film is itself bisected, with its first half recast through a vertiginous, trance-inducing, hour-long single take in 3D. A hushed, hypnotic study of hazy memory, lost time, and flight — featuring the formidable Sylvia Chang as Wild Cat's mother — Long Day's Journey Into Night is one of the most exquisite and beguiling films of the year.