A devout, middle-aged Hasid must return to his younger rock star days in order to pay for his daughter’s expensive medical bills, in Joseph Madmony and Boaz Yehonatan Yacov’s rousing and affecting story of faith, love, and making peace with the past. 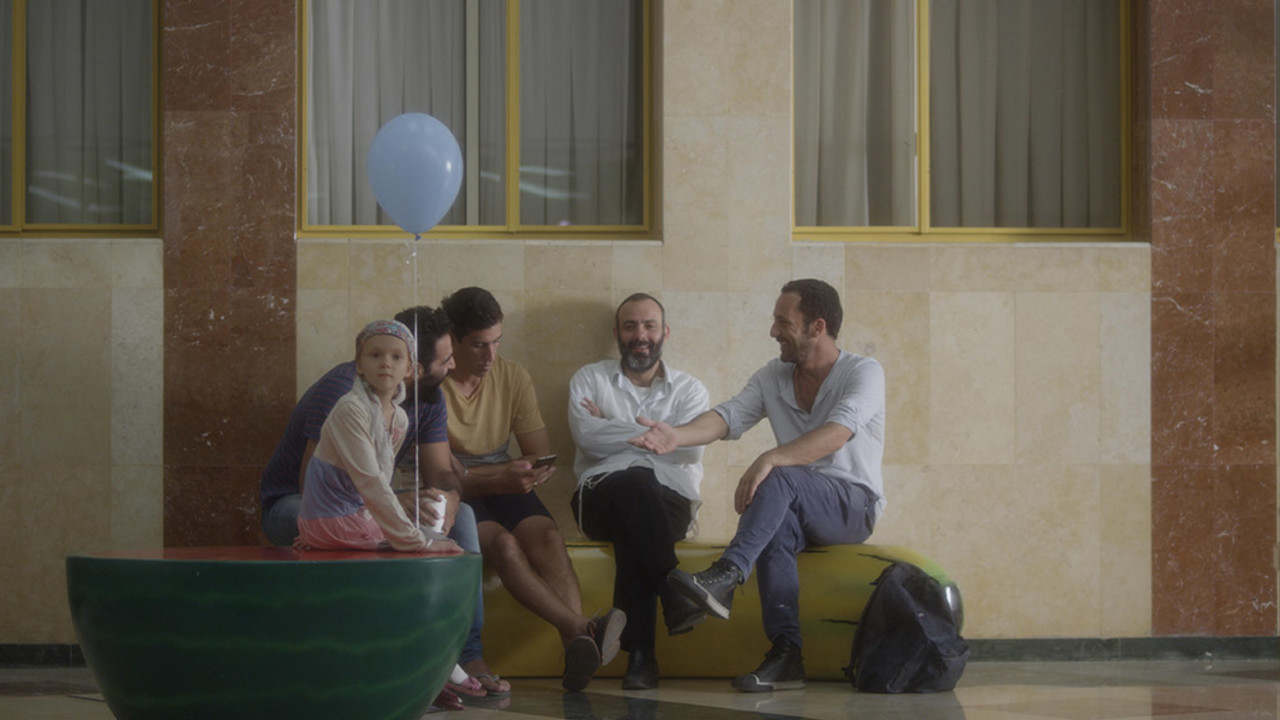 One of the leading lights of contemporary Israeli cinema, Joseph Madmony (Restoration) returns to the Festival, in collaboration with co-writer/director Boaz Yehonatan Yacov, for this spiritually rousing, emotionally intelligent story of despair, exhilaration, and faith.

Menachem (Moshe Folkenflik) is a middle-aged single father struggling to finance his cancer-stricken six-year-old daughter’s formidable medical expenses with his meagre income as a grocery clerk. He had fronted a rock-and-roll band until personal tragedies prompted his retirement from music and the adoption of a devoted Hasidic practice that alienated most of his old friends.

Playing music promises to be more lucrative than stocking shelves, but would a return to singing be compatible with a life of worship?

By focusing its energies squarely on Menachem’s existential crisis and its sources — his fierce love for his daughter, his sense of fulfillment as a performer, his humility as a novice Hasid — Redemption finds an exquisite balance between the secular and the religious. Folkenflik’s performance is beautifully graded, traversing a broad spectrum of grief, rage, and exaltation. Though most of their gigs are at weddings, the scenes of the band reviving their old songs are mesmerizing and energetic — these guys can still rock out.

Madmony and Yacov are filmmakers of tremendous discernment and grace, their camera never overly intrusive, and the storytelling never maudlin or forced. Redemption exudes a rare wisdom regarding the arduous choices we make to uphold our convictions, let go of the past, and embrace an uncertain future with an open heart.