A middle-aged slacker fails upwards in his job on the set of a popular Palestinian soap opera only to end up fielding script notes from a disgruntled Israeli military officer, in this satire from writer-director Sameh Zoabi. 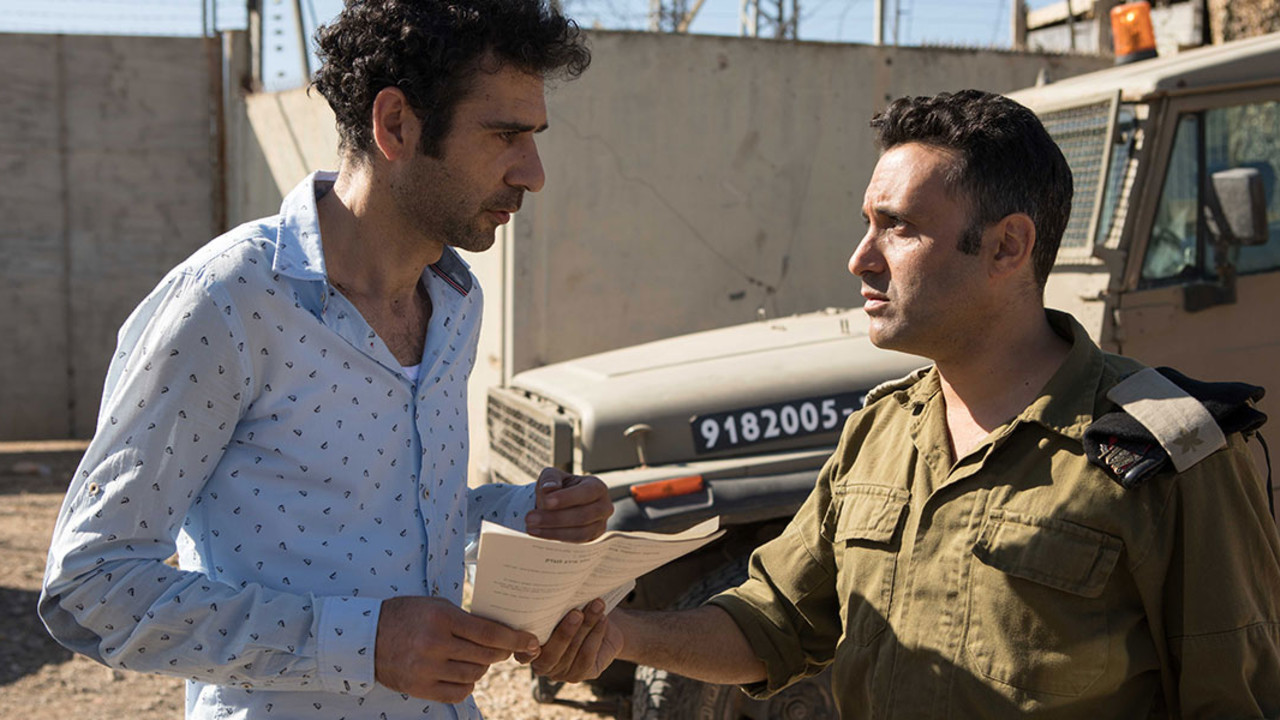 One of the most irreverent cinematic spins on the Israeli–Palestinian conflict, the latest from writer-director Sameh Zoabi follows a fledgling soap-opera scenarist charged with concocting plot twists to suit viewers on both sides.

A slacker sliding into middle age with little to show for it, Salam (Kais Nashef ) lands a production-assistant gig on Tel Aviv on Fire, a popular Palestinian evening soap for which his uncle is showrunner. A banal, offhand remark made during a shoot puts Salam in hot water with the show’s head writer but curries favour with its star (Lubna Azabal), a French diva who barely speaks Arabic. It’s only Salam’s first day and he already gets promoted.

Yet just as Salam’s prospects rise, he has a fateful encounter with Assi (Yaniv Biton), an Israeli military officer at the Ramallah checkpoint. During his interrogation of Salam — who must cross daily to get between home and work — Assi sees an opportunity to influence Tel Aviv on Fire, which in his mind is far too unflattering to its Israeli characters. Salam has just begun life as a writer and he’s already forced to compromise his integrity — while the entire country watches flabbergasted.

Zoabi’s ingenious satire exudes a deadpan audacity that’s hard to resist, while Nashef’s outwardly unflappable middleman grounds this battle of ideologies in comic pragmatism. I don’t imagine films like this can bring peace to the Middle East, but making everyone laugh at the same thing feels like a step in the right direction.