In this intricate debut thriller from Henry Dunham, a neighbourhood militia is shocked to discover that a recent mass shooting was apparently carried out by one of its own members. 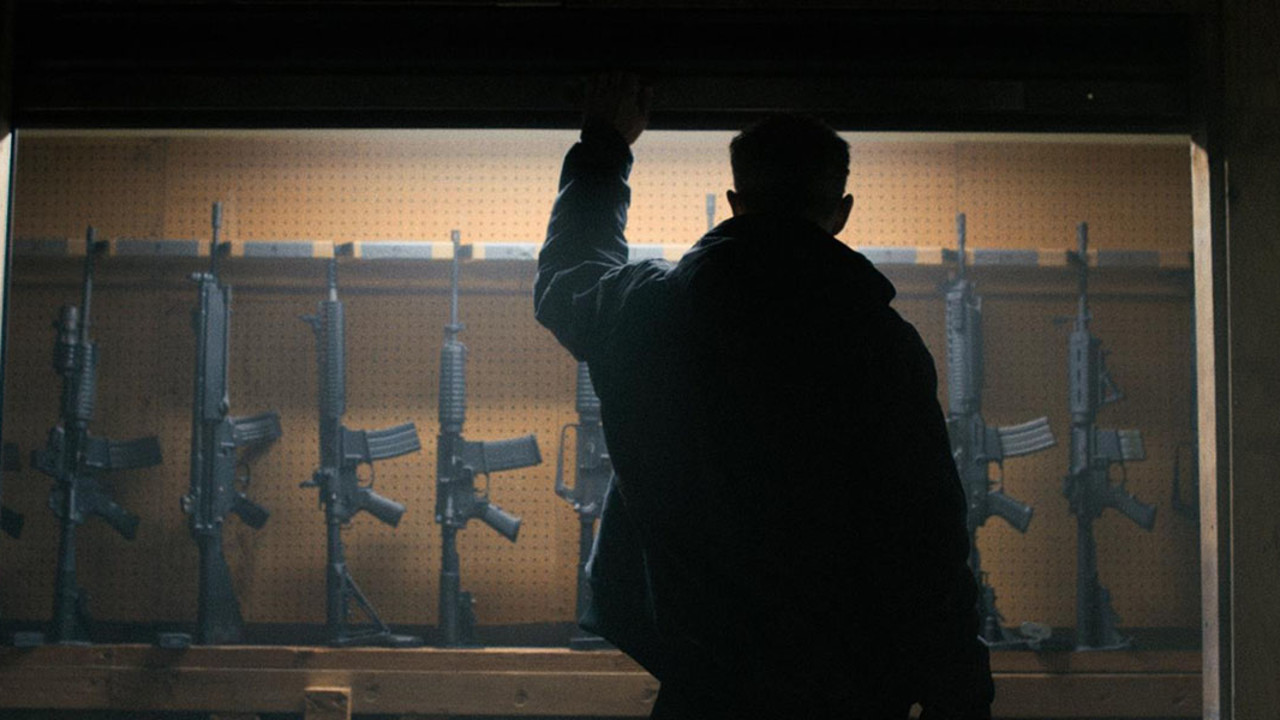 The Standoff at Sparrow Creek

Few thrillers are as coolly austere and taut as writer-director Henry Dunham's hardboiled debut, which bottles and critiques the archetypes of contemporary American gun culture in a labyrinthine procedural of potent provocations and wicked pulp fiction.

In the aftermath of a mass shooting, seven members of a militia convene within the chiaroscuro corridors of a lumberyard warehouse and arrive at a disturbing discovery: their armoury is short an AR-15 rifle, the same model reportedly used in the attack. Fearing that the authorities have already connected the weapon to their collective and will soon descend, they resolve to determine who among them has broken ranks, so that they can deliver the perpetrator to the police and not risk jeopardizing their operation.

Leading the investigation is Gannon (James Badge Dale), an ex-cop invited into the group as a safeguard against undercover police infiltration. As he conducts a series of interrogations throughout the night, a palpable malaise begins percolating. Tensions further escalate when the crew begin receiving enigmatic messages from neighbouring militia chapters insinuating that a more extensive and ominous plot is afoot.

Backed by the production company responsible for Brawl in Cell Block 99, this suspenseful chamber drama similarly simmers in its pacing and calculated eruptions of violence. Though few bullets fly, the dialogue crackles with an arresting severity reminiscent of David Mamet. Jackson Hunt's striking cinematography, meanwhile, envelopes the robust ensemble of superb character actors, which includes Chris Mulkey, Patrick Fischler, and Gene Jones in an inky darkness that appears to mainline the aesthetics of a John Alton-lensed film noir or Johnnie To gangster flick.