A mysterious — and suspicious — run of ill fortune plagues a teenage girl (the brilliant Eleanor Worthington-Cox) and her mother and sister on their hillside farm, in this atmospheric, Wales-set period piece from writer-director William McGregor. 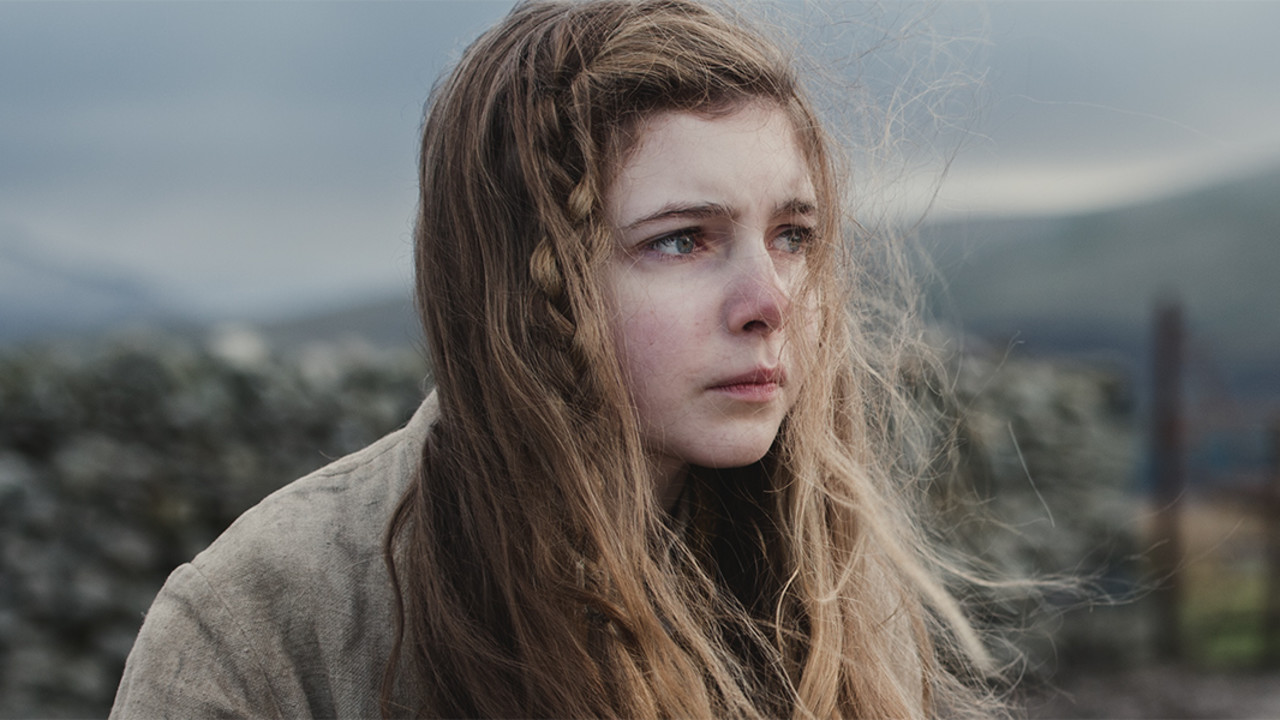 Set in 19th-century rural Wales, this exquisitely eerie feature debut from English writer-director William McGregor follows the fates of a mother and two daughters struggling to endure a series of calamities of increasingly mysterious origin.

Gwen (Eleanor Worthington-Cox) lives on a farm in the hills of Snowdonia with her mother, Elen (Maxine Peake) and little sister Mari. Like nearly all the local men, Gwen’s father is away at war. Elen, Gwen, and Mari must already maintain a punishing work schedule to keep the farm going, but they are plagued by one ominous occurrence after another, as well as by a town that begins to become suspicious of their behaviour. A neighbouring family perishes from cholera; potatoes are rotting in the soil; Elen becomes ill and there is no money for medicine. And their sheep — someone has slaughtered every one of their sheep. Who could possibly wish such misfortune on this humble family?

McGregor infuses Gwen with spectral atmospherics and a captivating balance of disparate elements: the story feels drawn from some ancient myth, the encroaching manifestations of the industrial revolution supply historical context, and key moments show the influence of modern horror.

Making evocative use of his windswept location, its overcast skies and rugged alpine beauty, McGregor creates a world in which the lines separating the vagaries of nature from the malice of men can be difficult to parse.

Witnessing events as if through Gwen’s watchful, innocent eyes, we are never more than one step ahead of her — and always on the lookout for something sinister emerging from the edge of the frame.