A ship carrying settlers to Mars is knocked off course, causing the consumption-obsessed passengers to consider their place in the universe, in Pella Kågerman and Hugo Lilja’s eerie and caustic sci-fi adaptation of a work by Swedish Nobel Prize–winning writer Harry Martinson. 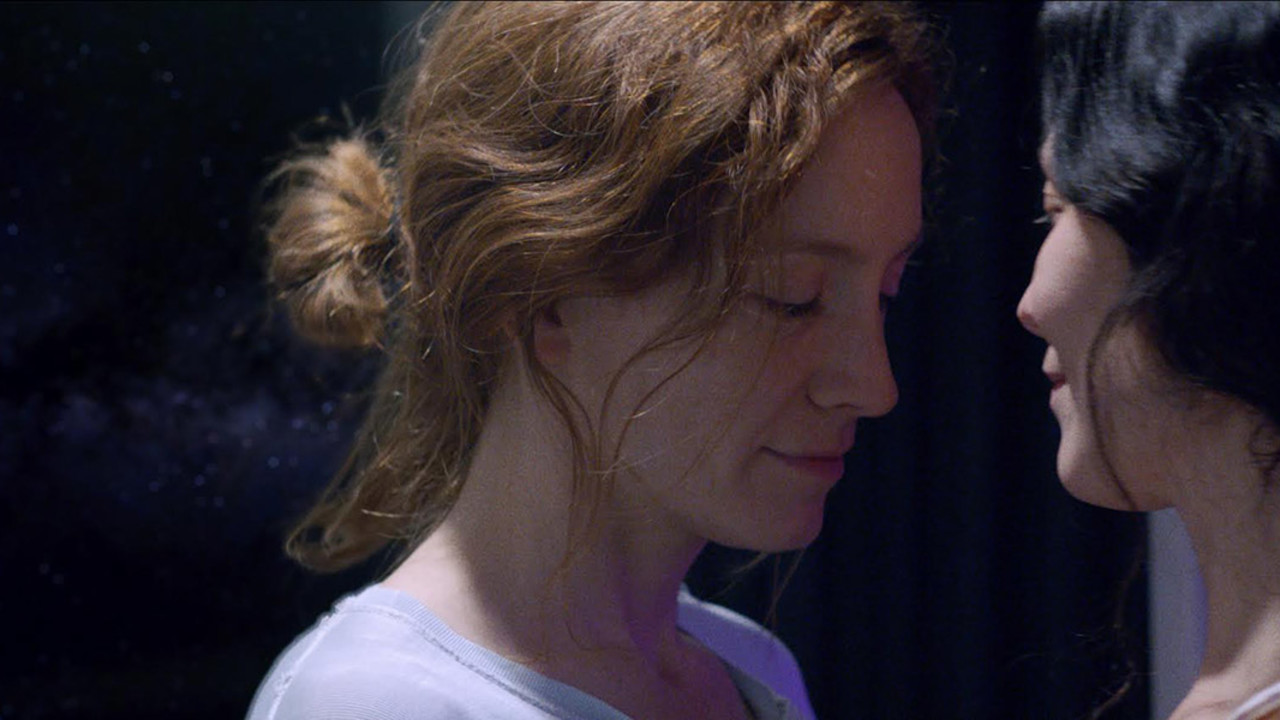 Based on a prescient epic poem by Swedish Nobel Prize winner Harry Martinson, Pella Kågerman and Hugo Lilja's astounding and eerie ANIARA charts the fate of the human race after they have destroyed the planet. One of several ships launched into space to start anew on Mars, ANIARA is designed to meet the needs of a species that has just consumed its birthplace: it's a giant shopping mall. (It may be the best use of mall-as-metaphor since George A. Romero's Dawn of the Dead.) When an accident knocks the ship off course and disables its steering, the likelihood that these once-sanguine colonizers will ever reach their destination gradually begins to shrink.

A caustic portrait of humanity's capacity for self-delusion, self-abuse, and consumption, ANIARA follows the ship's passengers as they deal with uncertainty and dread but continue to indulge their appetites whenever and however they can.

The protagonist, Mr (Emelie Jonsson), runs a room where a sentient computer allows humans to experience near-spirit-ual memories of the planet. Before the accident, no one is interested. There's shopping to be done. After the accident, the passengers can't get enough, and the psychological weight of their anxiety and aggression drives the computer to depression. Mr tries to carve out a meaningful life given the circumstances and finds herself buffeted by the changes the micro-society experiences, from the deterioration of the ship's command to the rise of deranged cults.

Directed and adapted by Kågerman and Lilja with skill and astonishing ingenuity, the film veers from satire to action, and horror to tragedy, almost effortlessly. ANIARA is an exemplary, timely work of speculative fiction.