Phuttiphong Aroonpheng’s beautiful debut feature, about a Rohingya refugee and the Thai fisherman who rescues him, tells a complex story of friendship with minimalistic ease. 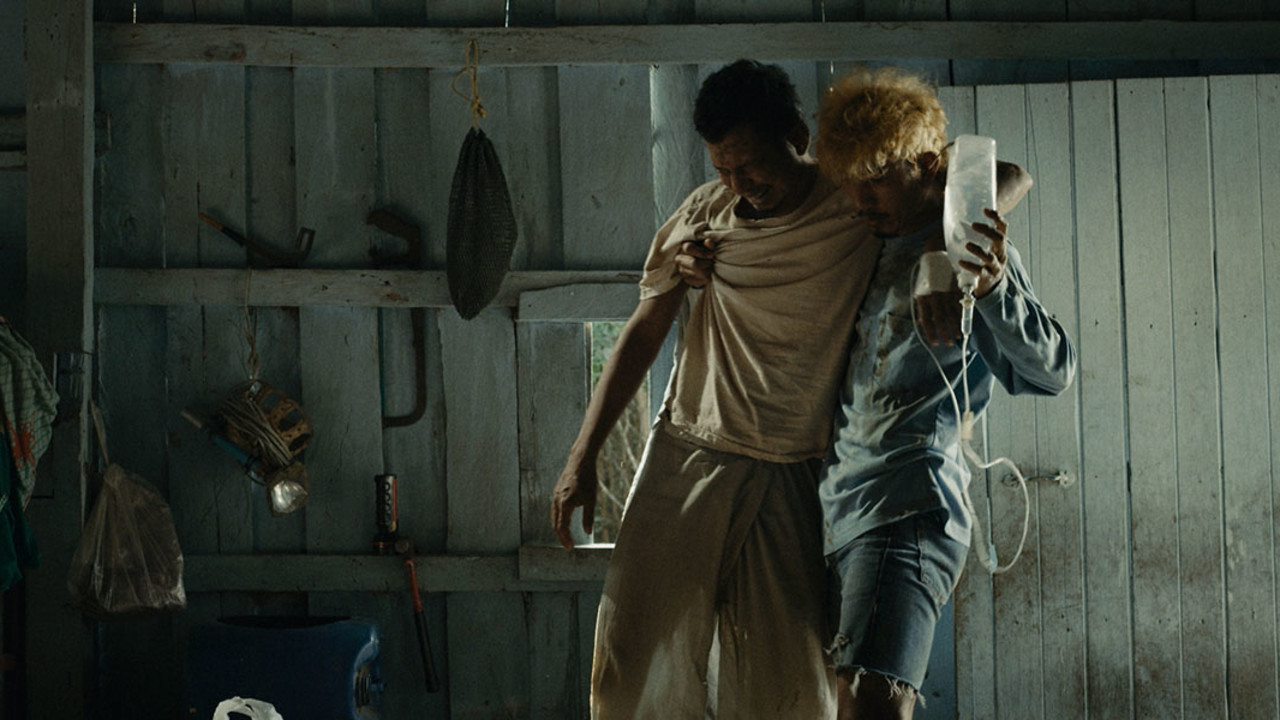 Dedicated to the Rohingya refugees who have perished at sea or were found dead in mass graves, Manta Ray ponders the concepts of identity and foreignness, and the reluctance to welcome “strangers” into our lives.

A fisherman (Wanlop Rungkumjad) living near a coastal village in Thailand, collects stones from the forest to help him catch giant manta rays. A tangled mess of roots, branches, and vines glimmering with twinkling lights, the forest, its surface covered in fallen leaves, hides not only the shiny rocks, but also human bodies, buried in haste. The “mute” (Aphisit Hama), is one of those bodies, except when Nobi finds him, he is alive, covered in mud, and severely injured. The fisherman takes him home, cares for him, and names him Thongchai, after a famous singer.

The fisherman has difficulty communicating with the non-verbal Thongchai, but the two men nevertheless grow fond of each other. When the fisherman suddenly disappears at sea, Thongchai anxiously looks for him around town and on the fishing boats. Unable to find him, he continues to live in the fisherman's house, fishing in the way he had been taught. His identity blurs into the fisherman's until one day he’s surprised by an unexpected visitor.

Phuttiphong Aroonpheng is a talent to watch and his debut feature tells a complex story of friendship with minimalistic ease. Images of great beauty accompany the concise dialogue of a simple script that perfectly embraces the narrative style of this jewel-like film.