Eva Husson (Bang Gang (A Modern Love Story)) returns to the Festival with a timely war film about survival and sisterhood centred on the “Girls of the Sun,” a battalion of women fighting to take back their homes from ISIS extremists in Iraqi Kurdistan. 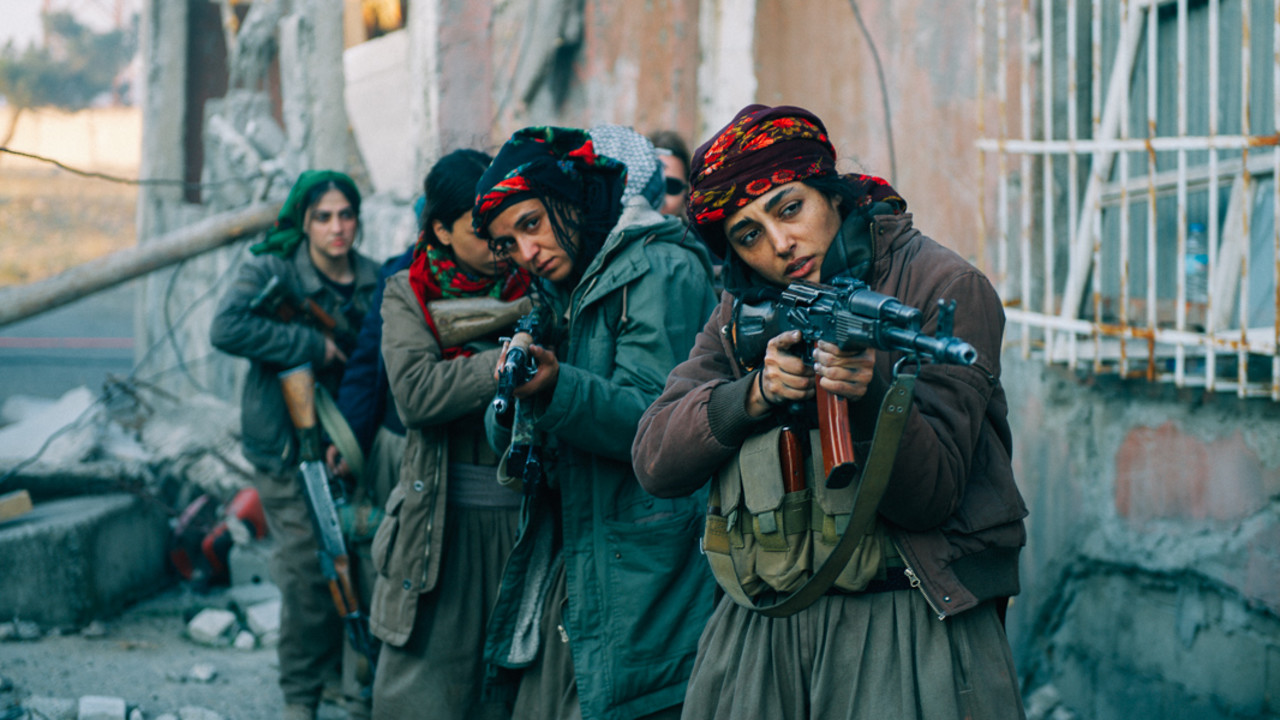 Girls of the Sun

Translating the experiences of war to the big screen has predominantly been the domain of male directors. With her second full-length feature, writer-director Eva Husson, TIFF Platform and now Cannes Competition alum, brings all the action, emotion, and suspense that you'd expect from a film set on the front lines of a war zone, but with a distinctive and refreshing female gaze.

Girls of the Sun follows an impassioned war correspondent, Mathilde (Emmanuelle Bercot), into the Daesh battleground of northwestern Iraqi Kurdistan, where she is embedded with a unit of female peshmerga fighters. Led by Bahar (Golshifteh Farahani), the unit is made up of women formerly held captive, many as sex slaves, by Daesh following the massacre of their husbands and the kidnapping of their children. Seamlessly weaving between the harrowing pasts that brought them together and their perilous present, Husson highlights the shared suffering that strengthens their bond and their will to fight to get their village, and their families, back.

Though operating here at a much larger scale, as in her debut feature Bang Gang (A Modern Love Story) Husson deftly presents the stories of individual characters within her larger ensemble narrative. She consistently chooses to highlight the camaraderie shared by the female fighters over the violence they inflict; her characters are soldiers, yes, but they are also women, and people, first. Thwarting expectations, Husson challenges our notions of the roles of women both on the battlefield and behind the camera and, through her characters' unrelenting pursuit of freedom, reminds us to never give up hope.