Just days before the laureates are announced, a leading contender for the Nobel Prize in Economics is found dead in his bed. His four closest friends decide to keep him "alive" a little bit longer for the one thing he wanted more than anything. 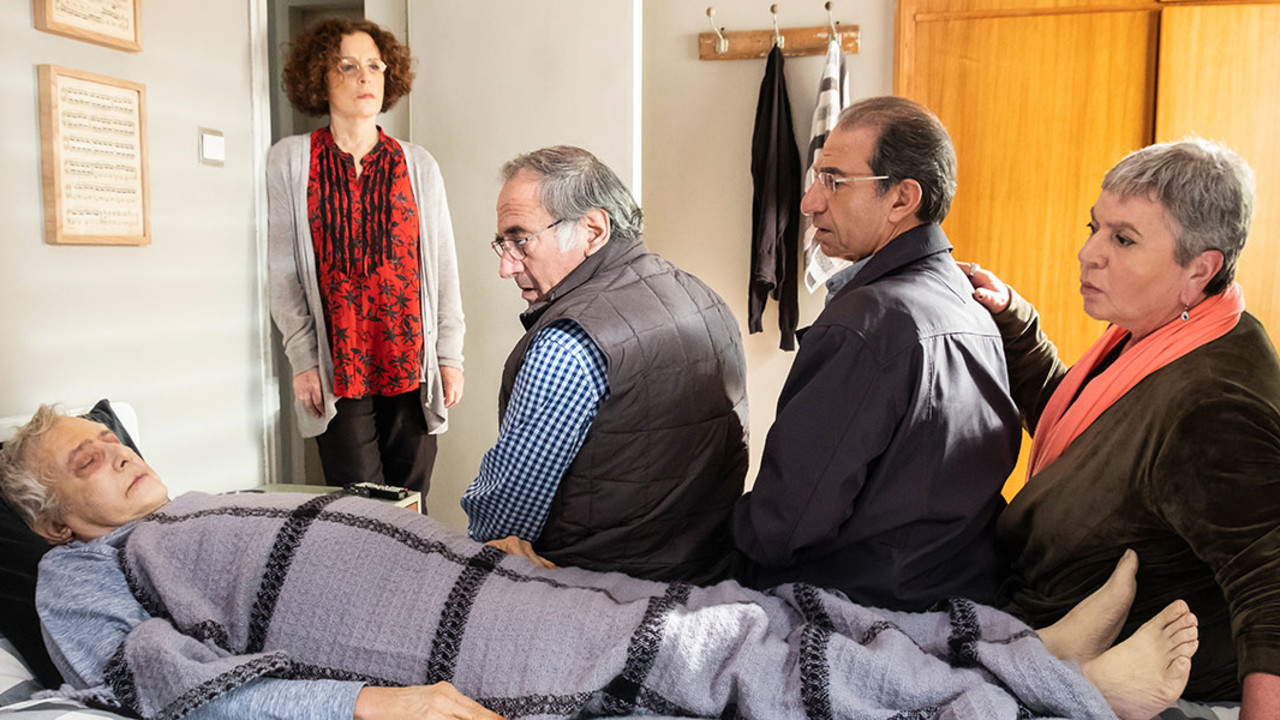 When the dead body of a renowned economist is discovered in his apartment by his four closest friends, the quartet is faced with a difficult dilemma — what to do next. Stopping short of making funeral arrangements, it suddenly occurs to the group that their friend was on the cusp of winning the Nobel Prize. Determined to retain some integrity for their friend, while also gaining, by proxy, some notoriety for themselves, they decide to keep the secret for a few days. They close the blinds, blast the air conditioning, and start taking shifts tending to the body. It’s not long before they find themselves staging fake phone calls and desperately looking for spare keys, all in the name of keeping their friend “alive.”

Fluctuating between broad comedy and intelligent character drama, Stockholm is a hilarious and touching miniseries about lifelong bonds formed and the secrets that have intertwined themselves inside of them. Director Daniel Syrkin and his accomplished cast, including award winning actor Sasson Gabai (also at the Festival in The Other Story), strike the perfect balance in tone, lending chutzpah to the comedy behind serious topics. Playing like a Jewish version of The Big Chill for an older demographic, Stockholm is, above all, an endearing portrait of friendship in the twilight years.