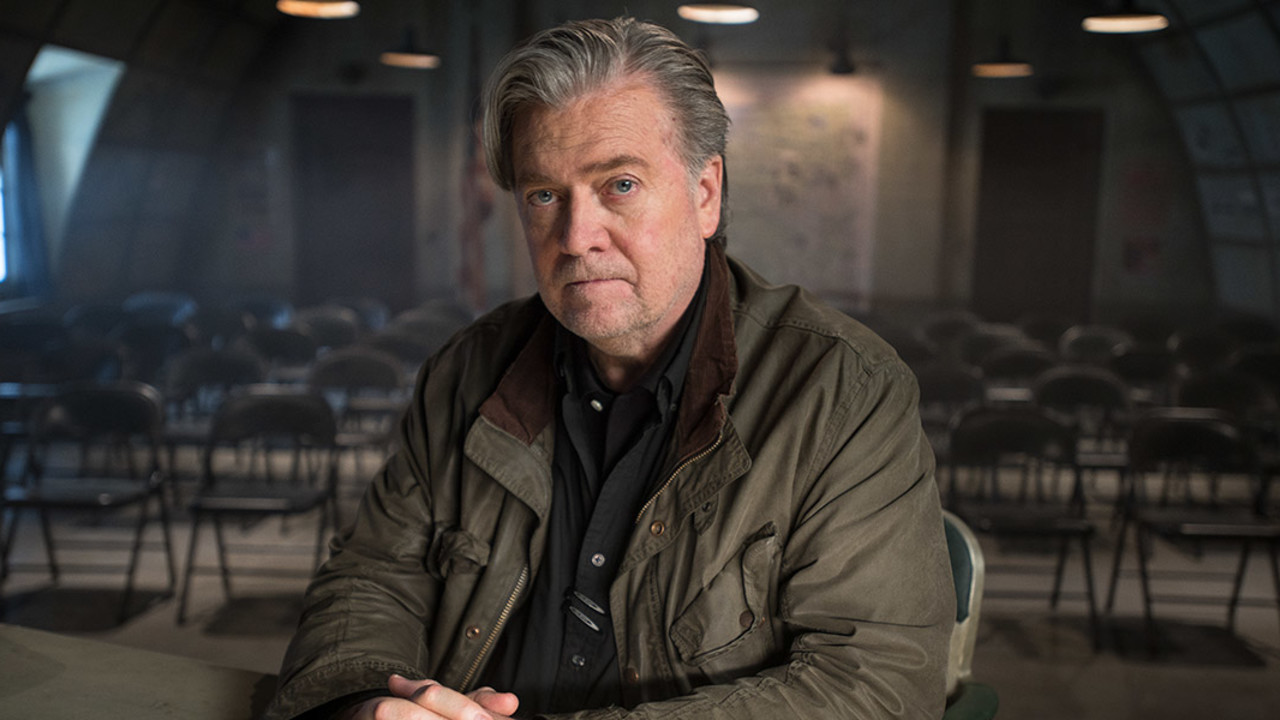 If Stephen K. Bannon were a fictional character, you'd have a hard time believing his narrative arc. He did stints as an investment banker and movie producer before steering the far-right media site Breitbart News as it swiftly moved from the fringe to the centre of American politics. As the chief executive of Donald Trump's campaign, he helped the candidate navigate several controversies that would have ended the career of any previous politician. He had a brief run in the White House as Trump's chief strategist. After being ousted, he continues to exert a powerful influence on right-wing ideologues in the US and abroad.

Errol Morris gives Bannon a documentary treatment comparable to his profiles of Donald Rumsfeld in The Unknown Known and Robert McNamara in The Fog of War. Morris has a flare for illustrating his political dialogues with eclectic imagery. With Bannon, the interview is set in a Quonset hut that resembles a set from the Gregory Peck World War II drama Twelve O'Clock High. Bannon and Morris reference that film along with works by John Ford, Stanley Kubrick, and Orson Welles.

Morris doesn't hold back on his points of political disagreement with Bannon, but they also find areas of commonality. Morris says he sees a "good Bannon" and a "bad Bannon."

His interview seeks to understand the complexity of those dual personas. They go over key moments in Bannon's career, including the growth of Breitbart, the final month of Trump's campaign, and the violent alt-right rally in Charlottesville. Bannon frequently invokes the Sanskrit word "dharma" used in the film's title. He relates the word to duty, destiny, fate, and obligation. The film is an exploration of Bannon's theory of dharma and the effects it has had on US politics.