Rosamund Pike stars as legendary war correspondent Marie Colvin in director Matthew Heineman's fact-based film that follows Colvin and photojournalist Paul Conroy (Jamie Dornan) to the front lines of conflicts around the globe, culminating in a fateful trip to the besieged Syrian city of Homs in 2012. 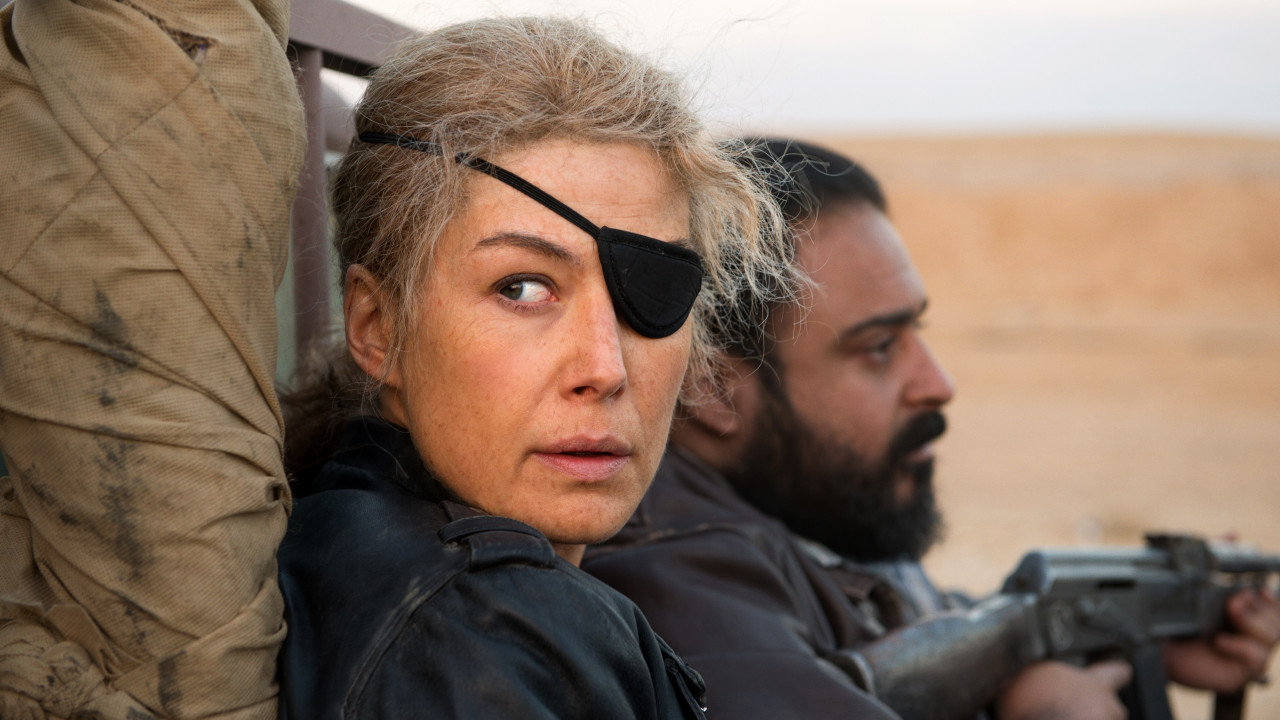 Based on the extraordinary life and career of legendary journalist Marie Colvin, A Private War marks the narrative feature debut of acclaimed documentary filmmaker Matthew Heineman (City of Ghosts).

Even in a profession populated by daring personalities, Colvin (Academy Award nominee Rosamund Pike) is a particularly courageous and devoted reporter. By the turn of the 21st century, a time when journalism itself is increasingly under attack, she is one of the most celebrated war correspondents of her generation, driven to the front lines of conflicts in the Middle East, Africa, Europe, and Asia in order to bear witness and give a voice to the voiceless — while testing her own notions of bravery and bravado, and the differences therein.

Blinded in one eye in Sri Lanka — after being deliberately targeted in a 2001 grenade attack — she adopts a distinctive eye patch, a kind of trademark that signals her battle scars, her panache, and her rebellious streak. A New Yorker transplanted to London, she remains as comfortable moving amongst her adoptive city's high society as she is traversing war zones and confronting dictators. Yet she also sacrifices loving relationships, and, over time, her personal life starts to unravel as the trauma she's witnessed on the job takes its toll.

By 2012, with the Syrian Civil War raging, Colvin's mission to expose the true cost of war leads her to embark — along with renowned British war photographer Paul Conroy (Jamie Dornan) — on the most dangerous assignment of her life, in the besieged city of Homs.