In this thriller from Toronto-born writer-director Veena Sud, two parents wrestle with the consequences of their teenage daughter’s lethal mistake, proving just how far any parent would go to protect their child. 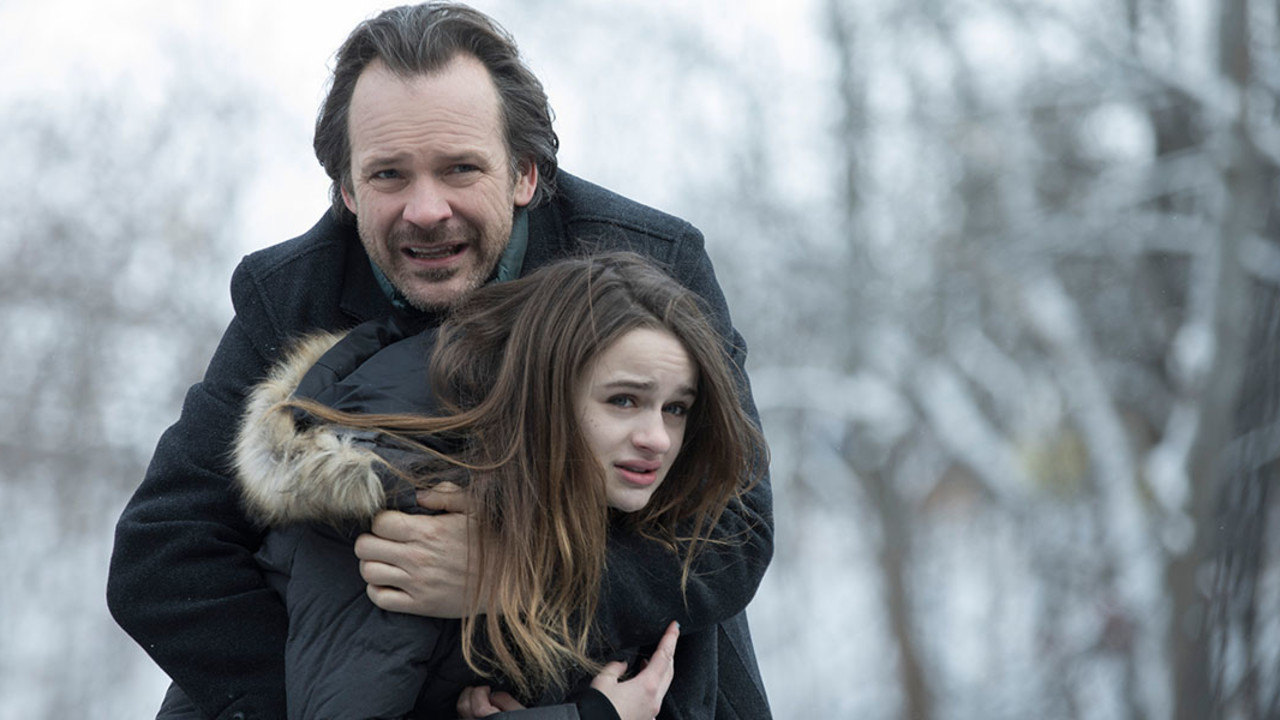 A Hitchcock-style thriller from the producer of Get Out and Whiplash, The Lie begins in teen tribulations any parent might recognize, but tightens into a spiral of deceit and desperation triggered by that purest of motives — the need to look after your child. Peter Sarsgaard and Mireille Enos star alongside teen phenomenon Joey King in the latest from Toronto-born writer-director Veena Sud, already a success in Hollywood for her series The Killing and Seven Seconds.

Kayla (King) is a bundle of nerves and frustration as she drives with her parents Jay (Sarsgaard) and Rebecca (Enos) to a ballet retreat. It's winter, so when they spot Kayla's friend waiting for a ride at the side of the road, they pick her up. But something happens between the two girls during a rest stop near a river. When the parents come to get them, the friend is gone and Kayla is freaking out. Kayla says pushing her friend into the freezing water was an accident. But murder is murder. At first Jay and Rebecca want to do the right thing, but Rebecca is a lawyer and knows they're already implicated. As the weight of losing everything descends, these two parents, estranged for years, begin to do their dangerous work together.

Sarsgaard always delivers strong performances and he's perfectly cast here as the middle-aged rock-musician dad who never fully grew up. Enos is impressive to watch as a woman equally ruthless as a lawyer and a mom. And, as the increasingly suspicious father whose daughter has disappeared, Canada's own Cas Anvar is a revelation. In fact, The Lie was shot in Toronto. It's a pleasure to watch Jason Blum bring together Canadian and American talent for a thriller that delivers right up until its deliciously satisfying ending.