The Academy Award–winning team of director Damien Chazelle and star Ryan Gosling (La La Land) reunites for this biopic on the adventures and life of Neil Armstrong, from his entry into NASA's astronaut program in 1961 to his epoch-making walk on the moon eight years later. 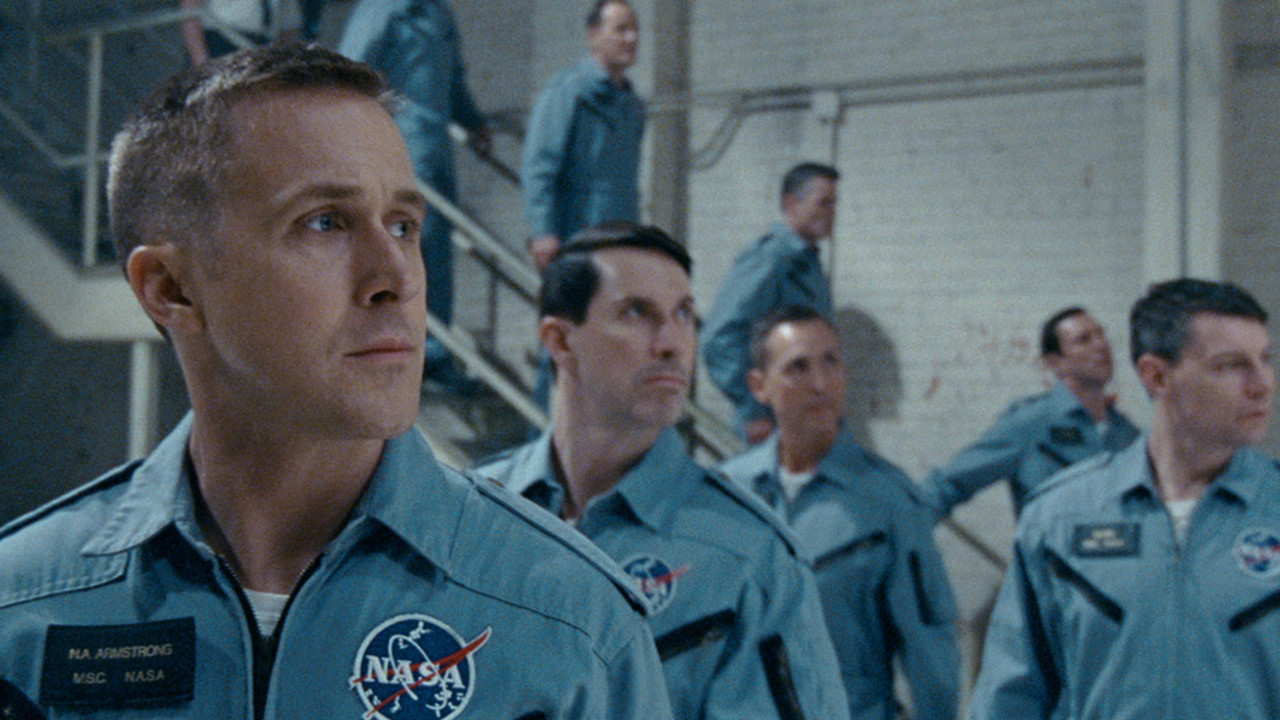 The press conference for this film will be held on September 11. Please visit the event page for the livestream link.

There are at least two ways to look at a hero. You can stand back and gaze upwards, or you can draw closer and see heroic acts through the hero's eyes. Maintaining the impressive pace that saw — over the course of two years — both Whiplash and La La Land capture wide audience and award attention, director Damien Chazelle is back to tell the story of one of America's great heroes, Neil Armstrong. And he puts us right there with him.

First Man throws us immediately into the cockpit with Armstrong (Ryan Gosling) and his fellow test pilots as they break record after record, hurtling beyond the stratosphere in shaky metal prototypes that can barely take the strain. Each time they take off they risk death, which bonds them in a camaraderie that can be both noble and steely. At home, Armstrong maintains the taciturn logic that keeps him alive as a pilot, but it tears at his relationship with his wife, Janet (Claire Foy), and sons. When he's called on with Buzz Aldrin (Corey Stoll, also at the Festival in Driven) and Mike Collins (Lukas Haas) to join NASA's Apollo 11 mission to the moon, Armstrong bears down for what might be the ultimate glory… or the ultimate sacrifice.

Academy Award-winning screenwriter Josh Singer (Spotlight) adapted James R. Hansen's book about Armstrong, and gets the texture of his world and details of his character spot on. Chazelle takes that material and makes it viscerally cinematic, keeping the camera close and often using natural light. His eye gives every moment an urgency, even if you recall the events of the time. With Gosling, Foy, and the rest of the cast working at the top of their game, First Man inspires real awe at this story of heroism that is epic, majestic, and true.