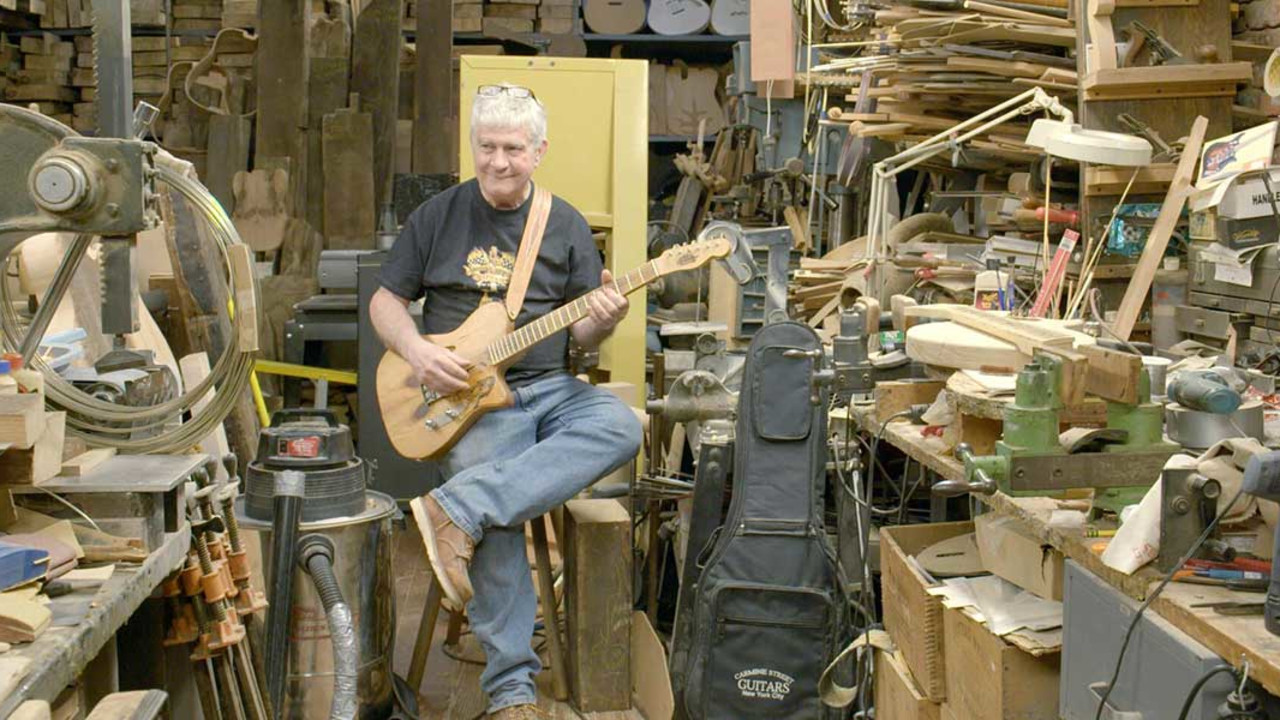 Ron Mann finds perfect metaphors for North America's culture wars. His subjects have ranged from jazz to comics to pot, witheach standing in for an issue stretching far beyond its specific milieu. In Carmine Street Guitars, written by longtime associate Len Blum, Mann finds the ideal emblem for the fight against gentrification.

Rick Kelly has been making custom guitars at his Greenwich Village shop for decades. But not just any guitars: Kelly uses preserved and repurposed wood scavenged from historic New York buildings. And his dream of making a guitar from the floorboards of McSorley's, the oldest continuously operating bar on the island, might be coming true.

Carmine Street Guitars' list of customers is legendary and many — Patti Smith Group co-founder Lenny Kaye, Eleanor Friedberger, Charlie Sexton, director and part-time guitarist Jim Jarmusch — show up to perform, talk gear, and tell stories about everyone from Jimi Hendrix to Bob Dylan. The legendary Bill Frisell recalls starting his career in Colorado with a group inspired by the surf band craze, offering as a tribute an insanely soulful, jazzy instrumental version of the Beach Boys chestnut "Surfer Girl."

Kelly offers his own prudent observations, like how using more than three chords is just showing off. The shop's excessive testosterone is offset by Kelly's apprentice, Cindy Hulej, who does amazing woodwork on her own creations, embellishing them with images of everything from the Traveling Wilburys to Betty Page.

It's a beautiful and uniquely emotional piece about fighting the cash nexus and trying to preserve history in the most immediate manner. And it's about guitars!