A group of hunters known as Nekromancers do battle with evil forces that use social media apps to demonically possess the masses, in this riotous supernatural romp from Kiah Roache-Turner (Wyrmwood). 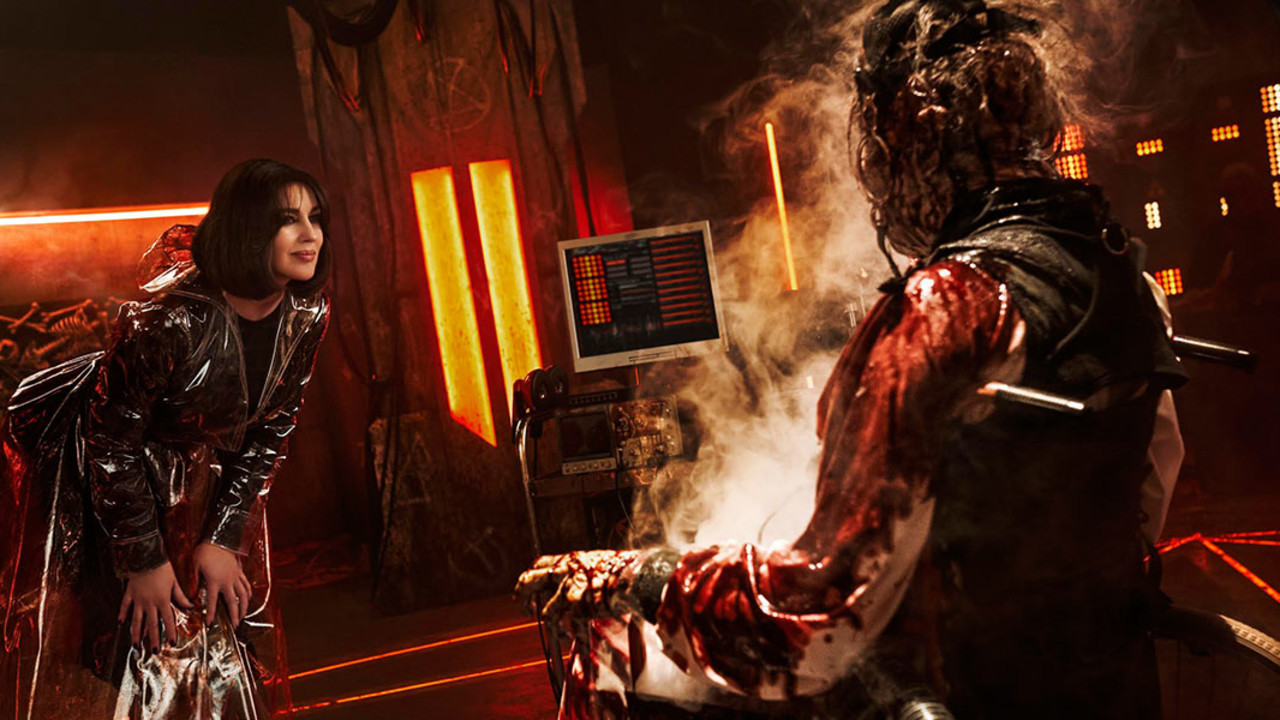 With their 2014 debut Wyrmwood: Road of the Dead, brothers Kiah and Tristan Roache-Turner injected a refreshing dose of rollicking ingenuity into a garden variety zombie apocalypse, elevating the genre's traditional tropes with propulsive camerawork, gleeful splatter, and an unmistakably Ozploitation gusto. The "end of days" is once again the chief conceit of their much-anticipated sophomore sci-fi/horror spectacular, only this time the threat to human existence comes from a more believable source of soul-sucking villainy: the internet.

Picking up after a millennia of no doubt badass battles between demons and a secret order of demon hunters known as Nekromancers, the forces of evil have gained a substantial foothold thanks to their new-found strategy of causing demonic possession via online social-media apps. With every WiFi-connected soul on the planet at risk, a dwindling band of Nekromancers find themselves forced to put their faith in a hapless sanitation worker (Ben O'Toole) who unwittingly carries an ancestral power that may afford them the means to definitively force evil offline.

Nekrotronic features an indelible performance from the ever-magnetic Monica Bellucci as the queen of the underworld, and an eclectic array of demon-busting weaponry — the most novel of which 3D prints a demon's soul into a corporeal (and therefore explodable) form. The Roache-Turner brothers have conjured up a riotous supernatural romp that splits the difference between the likes of The Matrix and Ghostbusters, then pours on the gore.