When a new case uncovers traumas from a past undercover operation, an LAPD detective (Nicole Kidman) is forced to face her personal and professional demons, in this genre-defining work from Karyn Kusama (Jennifer's Body). 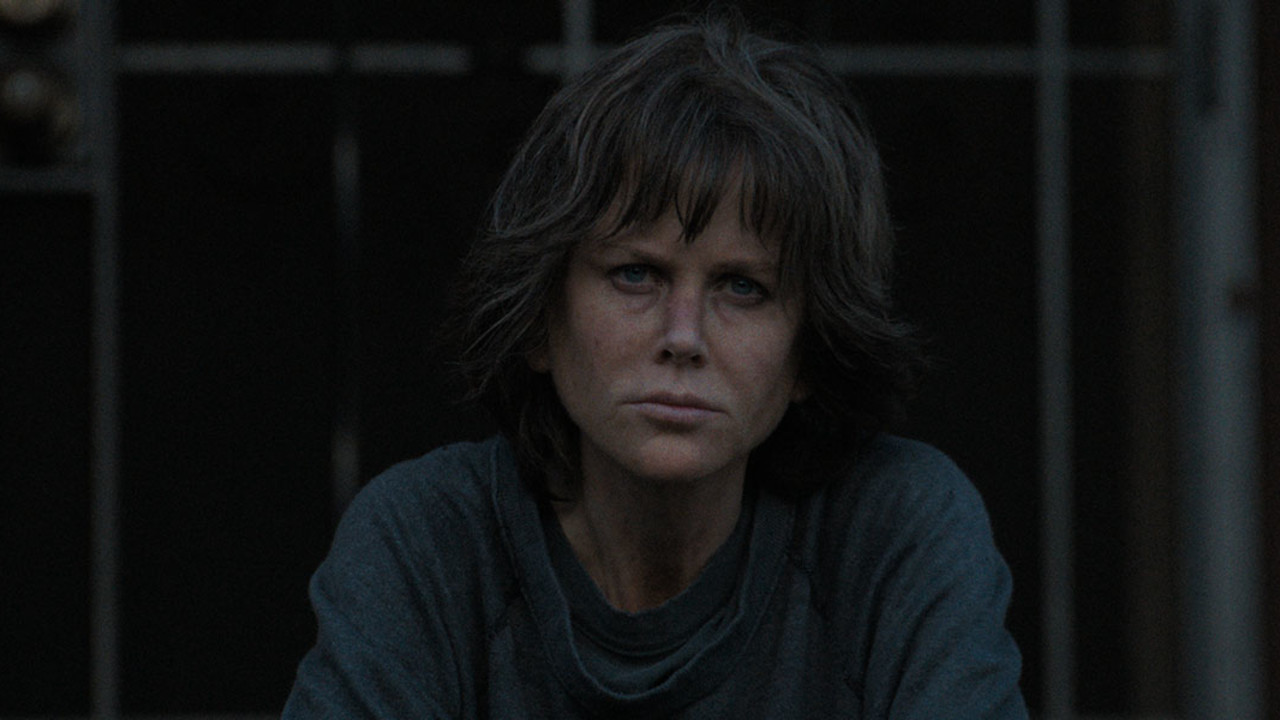 From Dirty Harry, to J.J. Gittes, to John McClane, to Jimmy McNulty, cowboy cops have been enjoyed and cheered on throughout the history of film. Nicole Kidman (also appearing at the Festival in Boy Erased) as Erin Bell can be added to that list; her physical transformation here and is extraordinary. Director Karyn Kusama breaks cinematic ground in Destroyer with a detective every bit as badass, brooding, and brash as her male counterparts.

We first meet Bell as she arrives at a murder scene, the type of place you sense she's been many times before. She's beaten down by the job — rough around the edges would be an understatement. This current case recalls a previous one, and a previous life too painful to remember. In an attempt to thwart violent bank robberies, Erin and her then partner, Chris, spent months undercover with a young gang of criminals, reminiscent of Bigelow's Bodhi and his band of surfers. Though still haunted — her daughter would say numbed — by her past, reconnecting with it is the only way for Bell to right old wrongs and find a way forward… or at least a way out.

Kusama sets her contemporary and gritty noir in a verité Los Angeles. Aided by Julie Kirkwood's arresting photography, she guides us through streets and neighbourhoods that feel as authentic as the complex, non-traditional characters that inhabit them (brilliantly portrayed by Tatiana Maslany, Sebastian Stan, and Bradley Whitford, among others). Penned by screenwriting duo Phil Hay and Matt Manfredi, Destroyer, like its central character, is at once tender and violent. And Kusama may be considered as renegade as her anti-hero, changing the landscape of cinema with the audacious choices she's made as a filmmaker. It's time to stop considering her bold; she's just awesome.