In the hopes of striking it rich, two scheming cousins (Jesse Eisenberg and Alexander Skarsgård) try to build a thousand-mile-long, four-inch-wide tunnel from Kansas to New Jersey that will give them a one-millisecond edge on transactions at the New York Stock Exchange. 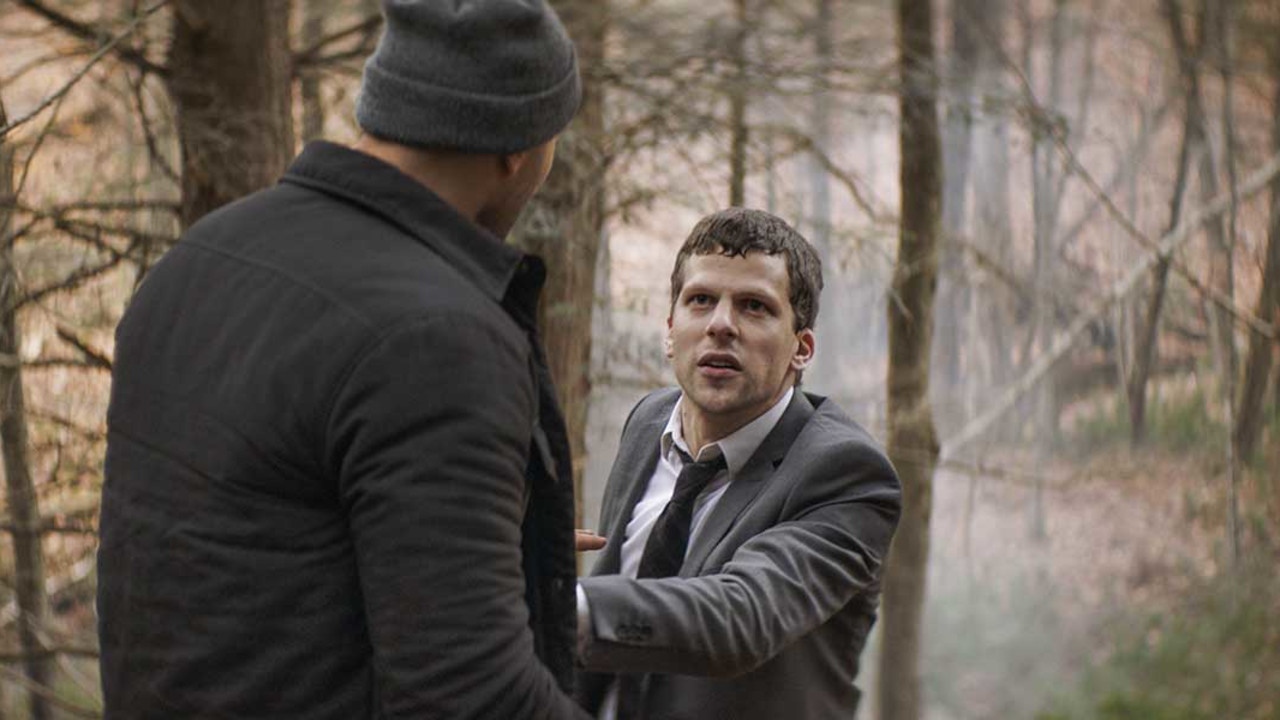 Determined to create a more efficient way of transmitting information between stock exchanges, the cousins scheme to lay fibre-optic cable from Kansas City to New York, gaining them and their clients crucial seconds in order to trounce their competitors. Vincent — the force behind the scheme — is a frantic dreamer who pursues his ideas with zealot-like intensity while promising everyone the moon. Anton is the brains, a socially awkward data wiz with few friends besides Vincent. Both end up in the crosshairs of their ruthless former employer Eva Torres (Salma Hayek), a Wall Street lion willing to devour anyone unlucky enough to get in her way. Unfortunately, Anton hasn't entirely figured out how to make the cable connection fast enough to warrant the expense. As time runs out, Vincent's claims of grandeur get progressively wilder.

Extraordinary performances by the leads propel The Hummingbird Project. Eisenberg's Vincent provides the heart. He's so determined to escape his working-class roots and follow his dreams that he doesn't realize who he might take down with him. Skarsgård is a revelation. His Anton is a genius who can't function away from his keyboard. Hulking over everyone, but constantly hunched over, Anton looks like a giant forced into a smaller body.

A tragicomedy about hustlers (read: venture capitalists) fighting the establishment and even the course of history itself, Nguyen's latest is his most assured work since his widely celebrated Rebelle.