Carolina Hellsgård’s chilling second feature follows two women fighting for their lives in a post-apocalyptic world overrun by zombies — a future Hellsgård presents as both horrific and hopeful. 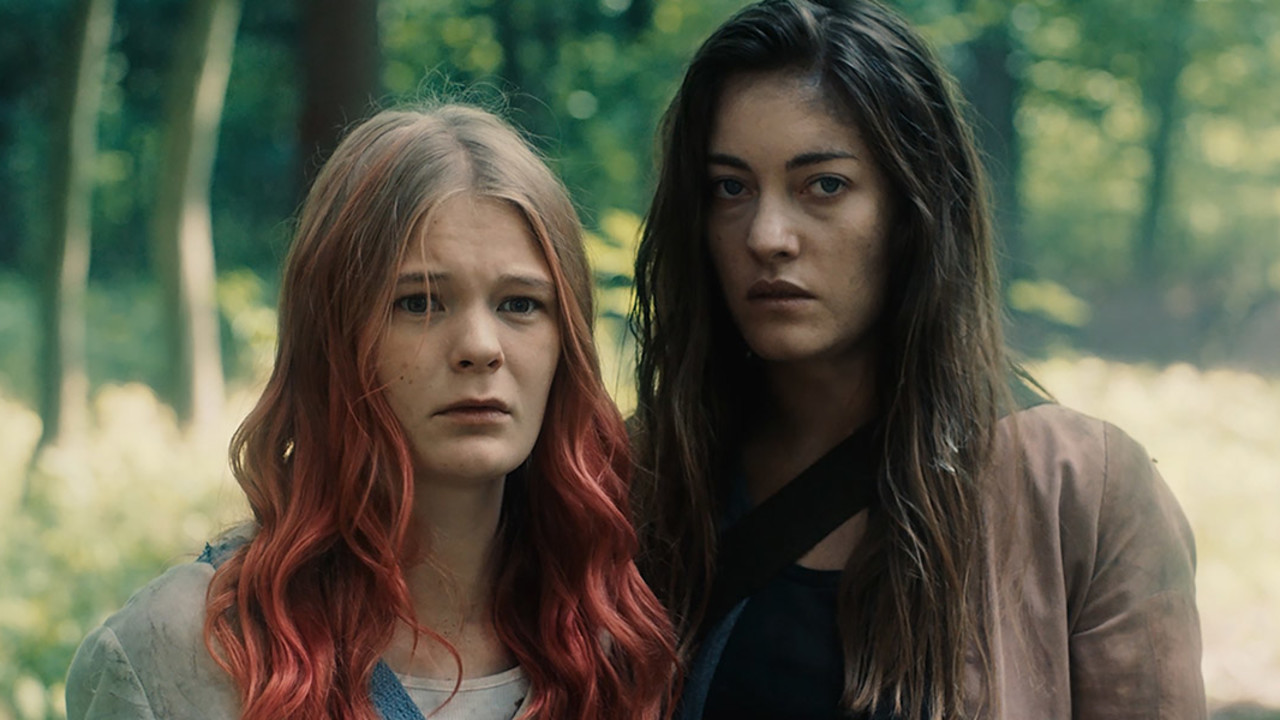 With women in every major creative role, ENDZEIT is a different kind of zombie movie. Set during a terrifying near-future zombie apocalypse, Carolina Hellsgård’s sophomore feature is chilling and doomladen, but it’s also a transfixing, gorgeous, and unusually intimate sort-of road movie — in which humanity has come to its end and nature is reclaiming its terrain.

A plague has swept the world. Weimar and Jura, the only surviving cities, have very different approaches to the epidemic. In Weimar, Vivi (Gro Swantje Kohlhof) — vulnerable and numb as a result of apocalypse- triggered tragedies — reluctantly volunteers at the city’s perimeter. It is at the ramshackle outer fences, requiring constant defence from attacks by infectious cannibal revenants, that she meets Eva (Maja Lehrer) — whose icy stoicism makes a striking contrast to Vivi’s delicate fragility. Following an attack at their post, they board an automated supply train bound for Jena, whose more humane approach to the victims of the epidemic offers some hope for the future. When the train unexpectedly breaks down, Vivi and Eva are left to fend for themselves in a countryside teeming with dangers and marvels they never dreamed of.

With its pulse-pounding confrontations, ENDZEIT absolutely delivers as horror, but with a distinct and refreshing perspective. It also poses existential questions about our world.

Featuring a striking cameo from Danish actor Trine Dyrholm (Love is All You Need, Nico, 1988), ENDZEIT suggests there are things worse than civilization’s collapse. Vivi takes consolation in the stars, which shine more brightly than they had before the disaster. It’s the end of the world as we know it — and she feels fine.