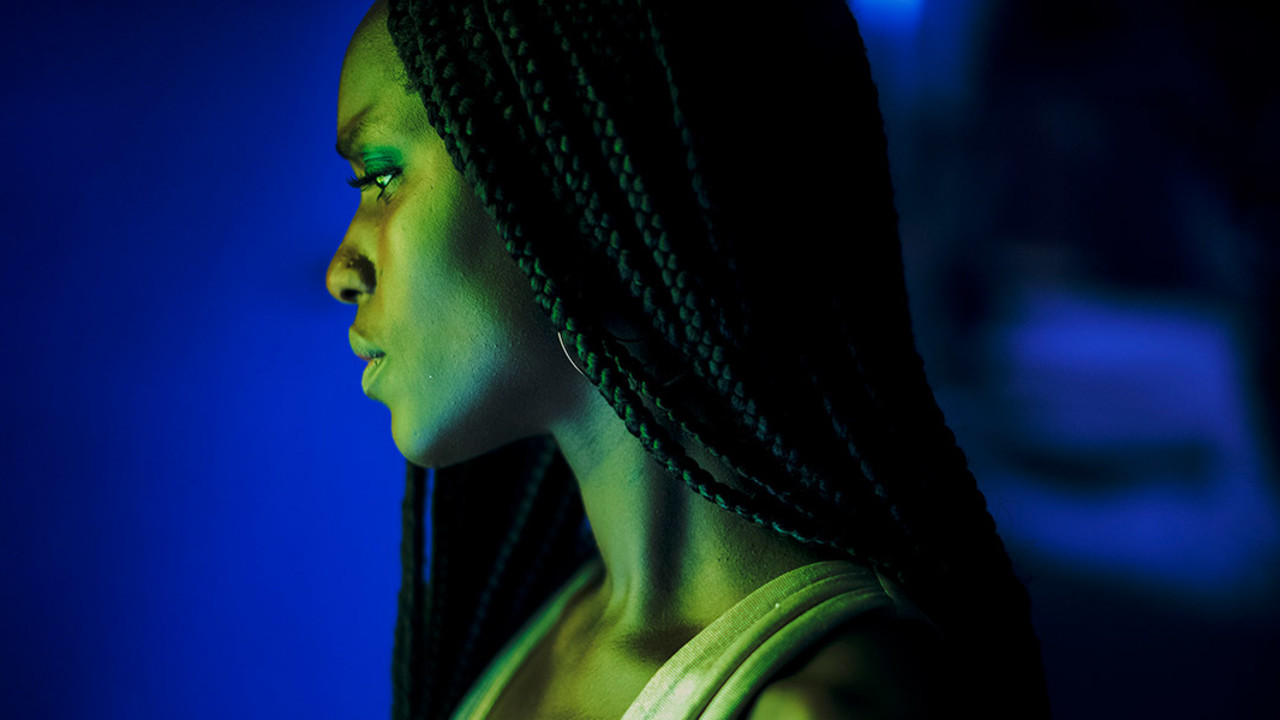 Lush, sensual, and hallucinatory, this latest film from auteur Koen Mortier is no ordinary love story. A wondrously cinematic adaptation of a novel by Belgian author Dimitri Verhulst, Angel tells the story of people from different worlds whose paths cross for one brief but unforgettable encounter.

Fae (Fatou N’Diaye) is a Senegalese sex worker and Thierry (Vincent Rottiers) is a world-renowned Belgian racing cyclist who has known both acclaim and disgrace. They meet when Thierry and his brother travel to Dakar for a holiday. Far from eager to explore the local sex trade — he normally needs to be in love to make love — Thierry finds there’s something about Fae he can’t deny. Together they experience a communion that restores in both a sense of dignity and the promise of redemption. Then things take a terrifying turn and Fae is arrested, despite having done nothing wrong.

With its seductive colour palate of saturated reds, greens, and blues, Angel envelops us in a voluptuous embrace. Mortier’s story telling is circular, prowling through past and present, dreams and fantasies. Rottiers’s subtly graded performance is both touching and troubling, while N’Diaye, who viewers might recognize from Quebec director Robert Favreau’s Un dimanche à Kigali, is simultaneously earthy and angelic. This is a stunningly provocative exploration of the limits of bodies and the limitlessness of love.