After a local oligarch purchases a factory in a small Russian town and announces its closure, the blue-collar workers decide to kidnap him in order to get what’s theirs, in Yury Bykov’s damning social critique. 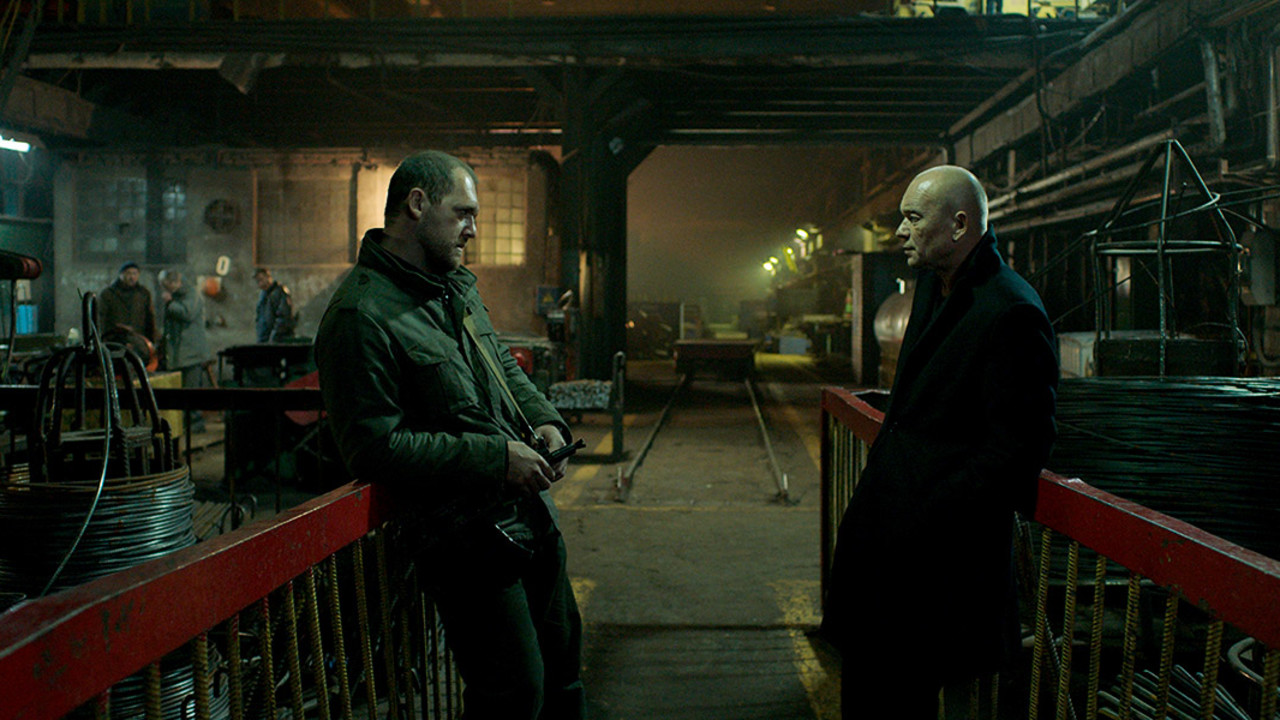 The Factory opens like a classic post-Soviet maelstrom. A dilapidated industrial building stands in some godforsaken Russian town whose people it had employed before the winds changed its ownership from state regulation to capitalist privatization. When Konstantine Kalugine (Andrey Smolyakov), a local oligarch with links to the KGB and the political powers that be, announces the factory’s bankruptcy, a group of blue-collar workers who haven’t been paid for months conspire to kidnap him for ransom. Though inexperienced and disorganized, each of them is between a rock and a hard place, and they all have their own reasons for taking this fateful plunge.

Under the tutelage of mysterious Alexei (Denis Shvedov), the heist quickly goes awry. Soon, Kalugine’s private security team, led by Fog (Vladislav Abashine,) and SWAT police have them surrounded. The radicals are trapped inside, the ticking of the clock is palpable, and allegiances are murky. One thing is clear: everyone is disenchanted and knows deep down that in this world there is no justice. And is this a robbery or a revolution? As single threads are slowly pulled, the entire plot unravels into chaos and violence.

Known for the films To Live!, The Major, and The Fool, Yury Bykov’s return to the screen signals a steady-handed director with a cutting vision and honed sense of storytelling, here deployed in confined and anarchic space. An exhilarating and damning social critique, The Factory is a tour de force of action, drama, and suspense.