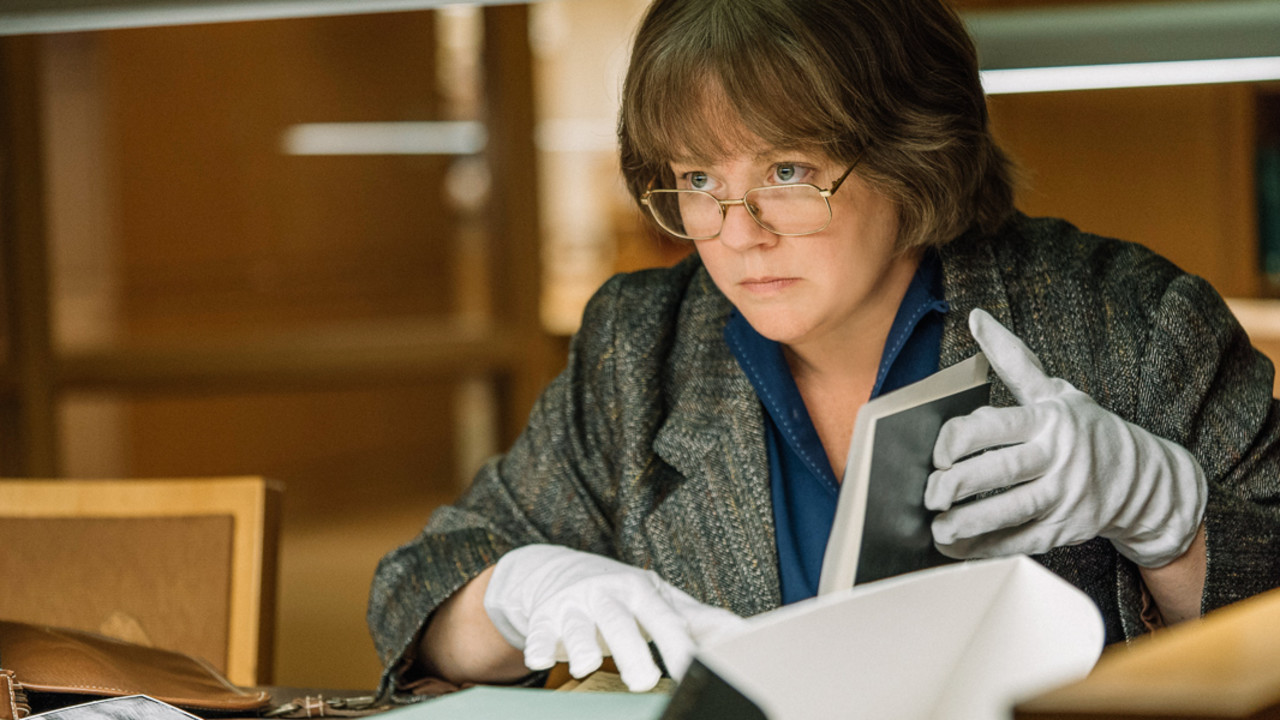 Can You Ever Forgive Me?

Based on a true story, Can You Ever Forgive Me? stars Academy Award nominee Melissa McCarthy as Lee Israel, the late biographer and forger whose brilliant tale of deception speaks volumes about our obsessions with celebrity and authenticity.

It's the 1980s. After decades spent composing respectful profiles of successful women such as Katharine Hepburn and Tallulah Bankhead, Lee finds herself out of step with the emergent trash-talk trend in biography. Her new book about Estée Lauder is a commercial failure, her agent (Jane Curtin) has given up on her, and her finances have nosedived.

Sliding into middle age with no other skills to fall back on, Lee lights upon a fresh method of capitalizing on the public's fascination with fame. Teaming up with an old acquaintance (a furiously charming Richard E. Grant) freshly released from prison after serving time for armed robbery, Lee begins selling the stolen and/or forged correspondence of dead writers and actors. The gig is a success but success has a way of drawing unwanted attention.

Adapted from Israel's eponymous memoir by Tony Award-winning playwright Jeff Whitty (Avenue Q) and writer-director Nicole Holofcener (whose The Land of Steady Habits is also at the Festival), Can You Ever Forgive Me? is an incisive comment about commodification, legitimacy, and opportunities for women. McCarthy seizes the opportunity to expand her already-impressive repertoire: her performance here brims with intelligence, acerbic wit, and an alluring sense of mischief.