Radu Jude’s resonant feature chronicles a young theatre director’s efforts to stage an accurate re-enactment of the Odessa Massacre — in which Romanian soldiers slaughtered tens of thousands of Ukrainian Jews — despite the municipal government’s attempts to censor her. 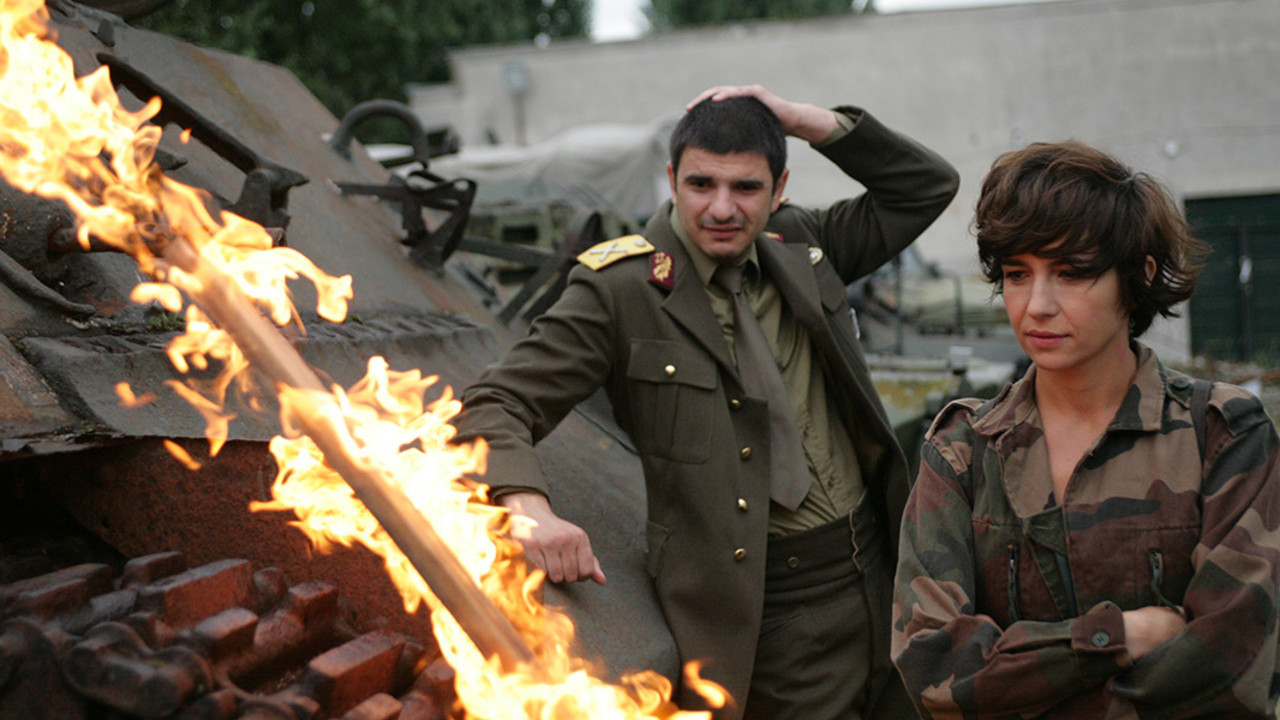 Following the second screening of "I Do Not Care if We Go Down in History As Barbarians," Tereza Barta, Associate Professor of Cinema & Media Arts at York University, will join producer Ada Solomon for an onstage discussion about the film.

Named Best Feature at this year's Karlovy Vary International Film Festival, "I Do Not Care If We Go Down In History As Barbarians" marks Radu Jude's return to TIFF after nearly a decade. Politically incisive, formally engaging, and highly entertaining, this is Jude's Godardian calling card and the culmination of his cinematic concern with the representation of history, Romania's troubled past, and the dynamics at play in narratives of power.

From its Brechtian overture, Jude's film foregrounds its performative nature as young theatre director Mariana Marin (Ioana Iacob) is holding auditions for a commissioned re-enactment of the World War II Odessa massacre, in which the Romanian army killed tens of thousands of Ukrainian Jews. Mariana's militancy for authenticity, driven by feelings of moral obligation, is met with opposition on multiple fronts, including the charismatic Movil? (Alexandru Dabija), a city representative who pressures her to tone down the accusatory rhetoric, and the bubbling mutiny of her ragtag troupe of volunteer re-enactors, aghast at her assessment of history.

When an ultimatum is given at the 11th hour threatening to close down the entire production, Mariana must decide whether to dilute the show's content. Jude's film is a colourful, engaging, and at times, deeply humorous work that comes alive through Marius Panduru's cinematography (employing 16mm and digital) and an adroit ensemble cast. A deeply resonant film, "I Do Not Care…" is a timely unmasking of the (intentional)amnesia that echoes today's parochial political populism and reminds us of the old adage that forgotten history is bound to be repeated.