A young man and woman form an intense bond when they are assigned to launch an armed action against an oil-refinery in the North African desert, in the latest from veteran Algerian director Merzak Allouache. 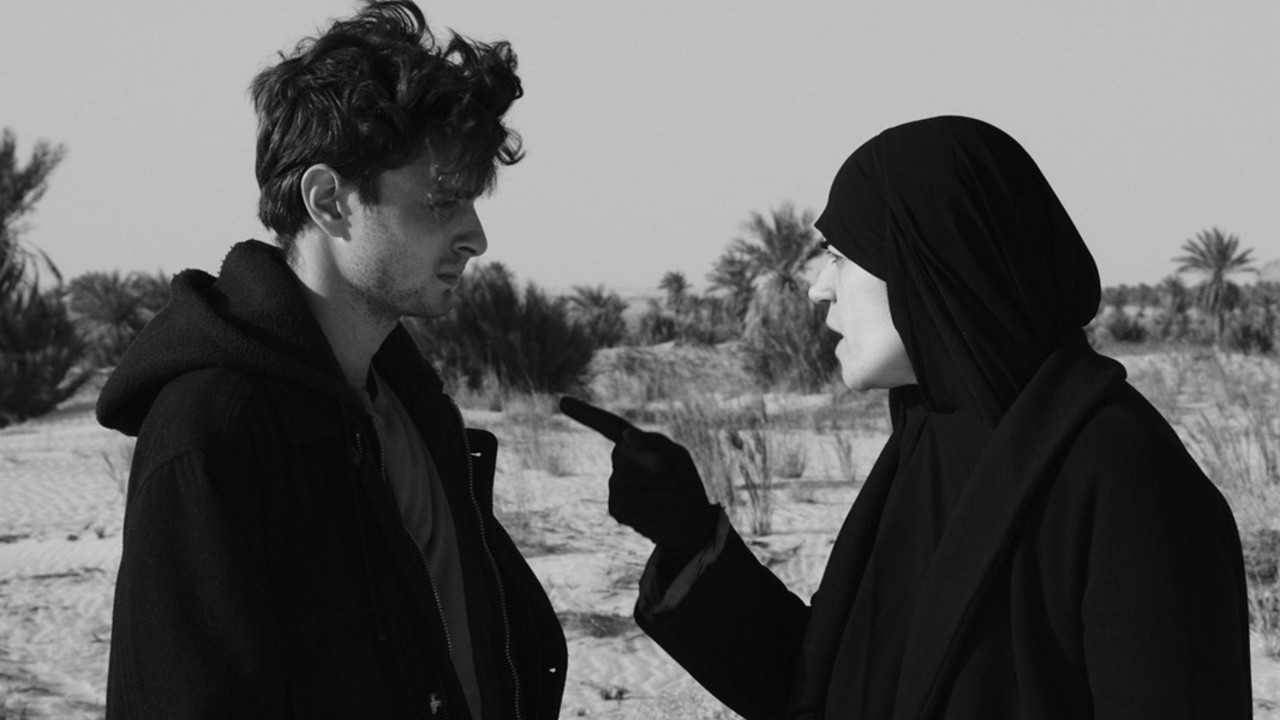 Merzak Allouache first bowed at Cannes in 1976 with his comedic neo-realist feature debut, Omar Gatlato, which was wildly successful in his native Algeria. Working in both drama and comedy, he went on to become one of the leading Algerian cinematic voices, with follow-up films premiering again in Cannes (Un amour à Paris, 1987; Bab El-Oued City, 1994; The Repentant, 2012) and Venice, (Harragas, 2009; The Rooftops, 2013).

Throughout his career, Allouache has consistently explored the complex social fabric of Algeria and the ongoing ties — and frequently the tensions — the North African nation has with its former colonist occupier, France. Most recently, his work has boldly tackled the issue of radicalization. Divine Wind continues on this theme.

The film follows a young man, Amine (Mohamed Oughlis), and an enigmatic woman, Nour (Sarah Layssac), who are called upon by extremists to perform an armed action in the Algerian Sahara. Although they have no prior connection, the duo become inexorably and intensely linked. As their bond deepens, their mission is put at risk.

Shot in starkly beautiful black and white, Divine Wind is as poetic as it is political. Its visual textures belie the film's complexity, though, as Allouache opens up questions about the seductive, and even destructive, power of love turned fanatic passion.