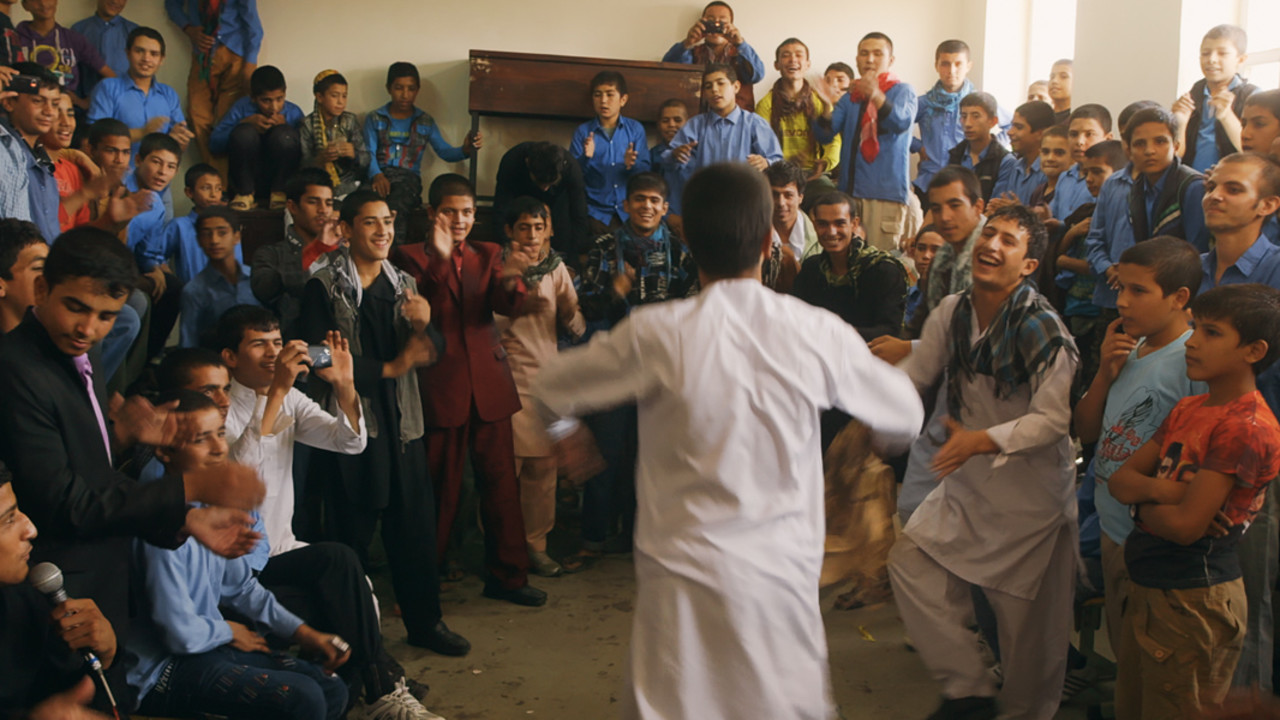 Angels Are Made Of Light

Longley spent years at Kabul's Daqiqi Balkhi School observing classes and following the daily lives of several boys who study there, such as Sohrab, who finds solace in books and hopes to avoid the life of low-paying manual labour his brothers have resigned themselves to, and Nabiullah, who operates a struggling food stall with his father, a former Mujahedeen. Longley also gleans the thoughts and hopes of some of Sohrab and Nabiullah's instructors, who remember a golden age before the Taliban, before tribal strife, before Afghanistan became a Cold War pawn, and before the recent prolonged US occupation that left them only more divided than before.

As his subjects tell their stories in poignant voiceover, Longley offers us an arresting series of gorgeously photographed, often-troubling images: a half-destroyed mosque whose perforated roof lets in rays of sunlight; streets teeming with flagellants, singers, and demonstrators protesting an election they are certain is corrupt. The Kabul on display in Angels Are Made of Light is a place fraught with poverty and instability, but by placing his focus on the next generation and the men and women who educate them, Longley has seized upon Afghanistan's single most important resource: relentless, radiant hope.