A vast, timely, and often chilling investigation into the idea and practice of democracy, ranging from Ancient Greece and Renaissance Europe to civil rights, fears of voter fraud, and the spectre of authoritarianism. 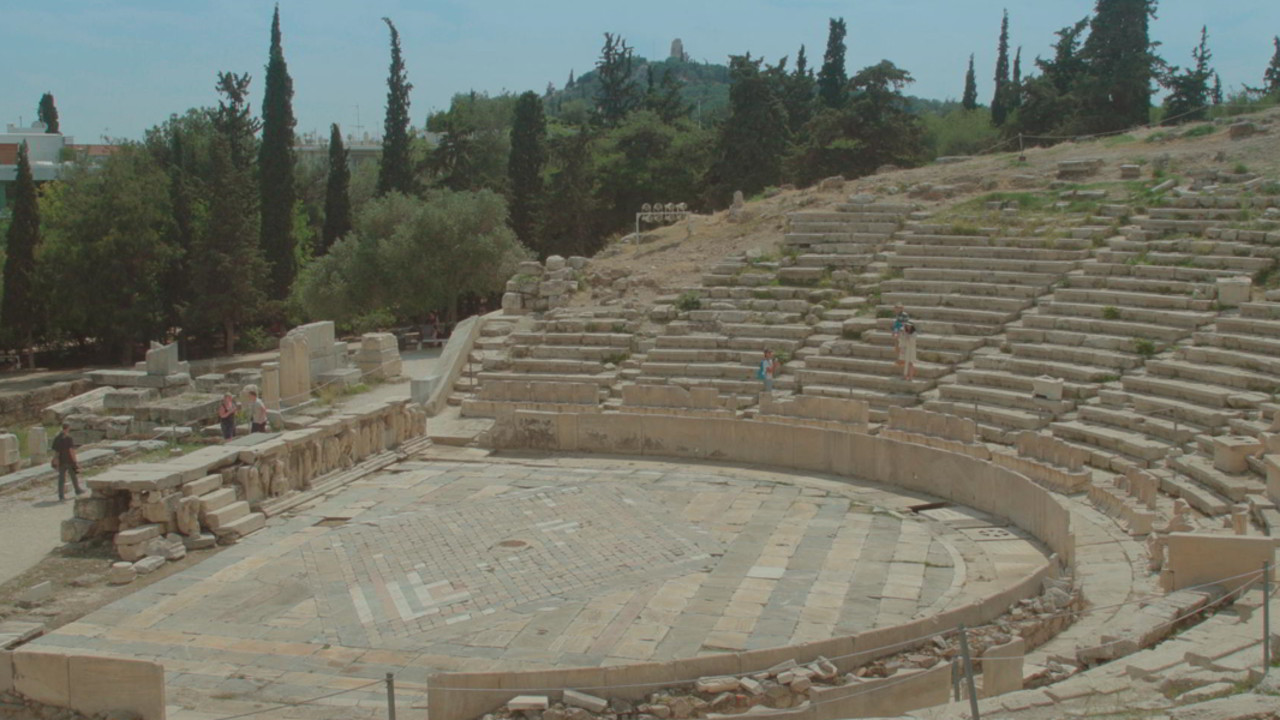 With democracies facing assault around the world from far-right demagogues and foreign meddling, Astra Taylor's expansive and often chilling What is Democracy? could not have come at a better time. Peppered with observations from Plato, the film casts a wide net, ranging effortlessly through subjects as diverse as ancient Greece, the 1960s civil rights movements, and recent false claims about voter fraud.

The film is framed around a scholar's analysis of a Renaissance painting commissioned by the wealthy denizens of Siena to warn against democracy and independent thought by representing oligarchs as inherently virtuous and rational, godlike figures while threatening protestors with depictions of grisly punishment. These unsettling images have contemporary applications from the collapse of the Greek economy (where the wealthy sponsored a bailout for Greece and essentially paid themselves) to well-off white people in Florida who claim that the deck is stacked against them because of their ancestry and wealth. (One blank-eyed child asks if democracy is where they tell you what to do.)

The greatest lesson is that the potential for democracy's failure is inherent in the freedoms it offers. (As Cornel West puts it, "Every democratic experiment will end in tyranny" or, to quote Plato, "the greatest penalty for refusing to rule is to be ruled by someone worse than oneself.") Democracy's one unavoidable cost is constant vigilance.

What is Democracy?'s cogent, persuasive analysis may be sobering, but it's also bracing: a philosophical call to arms to save something we hold dear yet, dangerously, take for granted.