A homicide detective’s (Patricia Clarkson) investigation into the shooting of a leading astrophysicist and black-hole expert destabilizes her view of the universe and herself, in the third fiction feature from Carol Morley (Dreams of a Life). 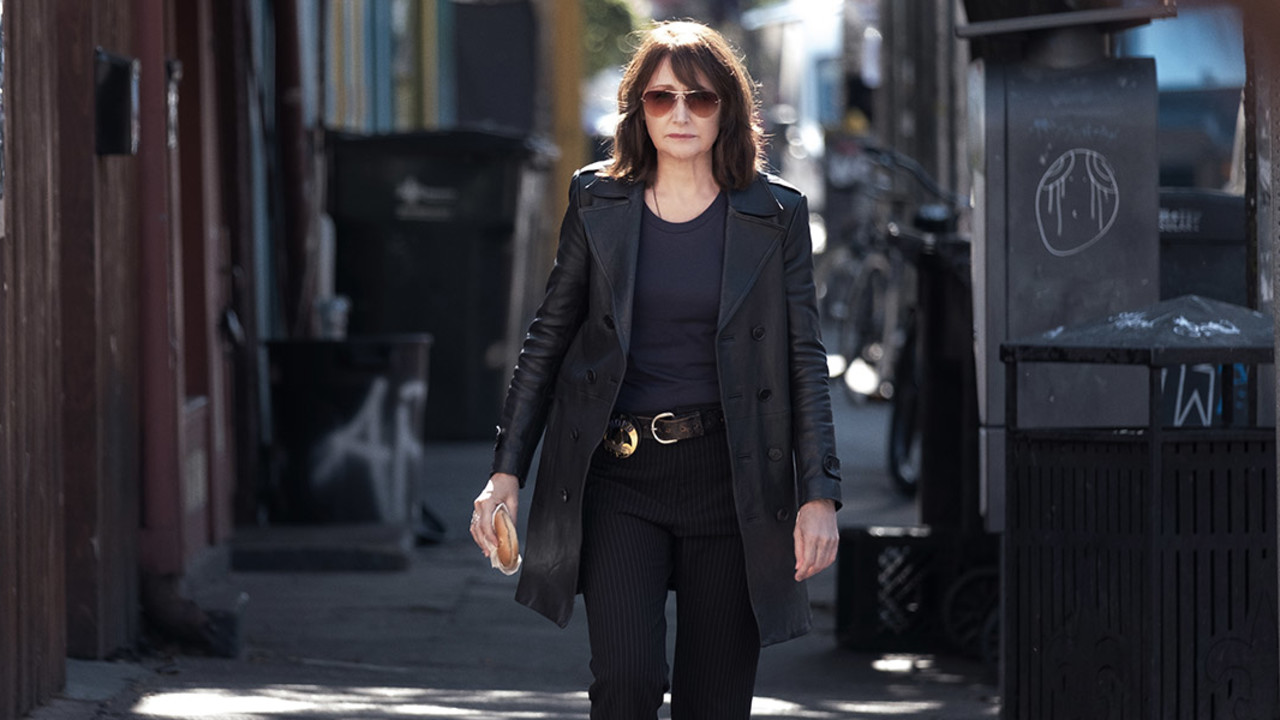 In its first scenes, Out of Blue appears to be a standard police procedural. But as it proceeds, it becomes increasingly clear that Carol Morley's film is something more: a highly intelligent, indeed metaphysical, exploration of existence. Led by Patricia Clarkson in an understated but tour-de-force performance as an unconventional homicide investigator, the film draws us into its strange world through the musings of its central character.

Detective Mike Hoolihan (Clarkson) is called in to investigate the murder of a young professor who, the night before her death, gave a lecture on the mysteries of the universe. When the cool-headed Hoolihan digs into the case, she must contend with the victim's dubious ex-boyfriend and a family with its own murky past. The more the detective begins to pull apart the various strands of the case, the more her own vulnerabilities and imperfections are revealed. As our mesmerizing protagonist gets closer to the truth behind the murder, she also begins to discover a larger truth — but she worries that the fully realized answer may elude her.

Basing her script on Martin Amis's 1997 novel Night Train, Morley delivers a brainy and emotionally satisfying crime story driven by an unorthodox character whose investigations mirror those of great philosophers. And behind the puzzle presented by the murder is the puzzle that is human nature itself.