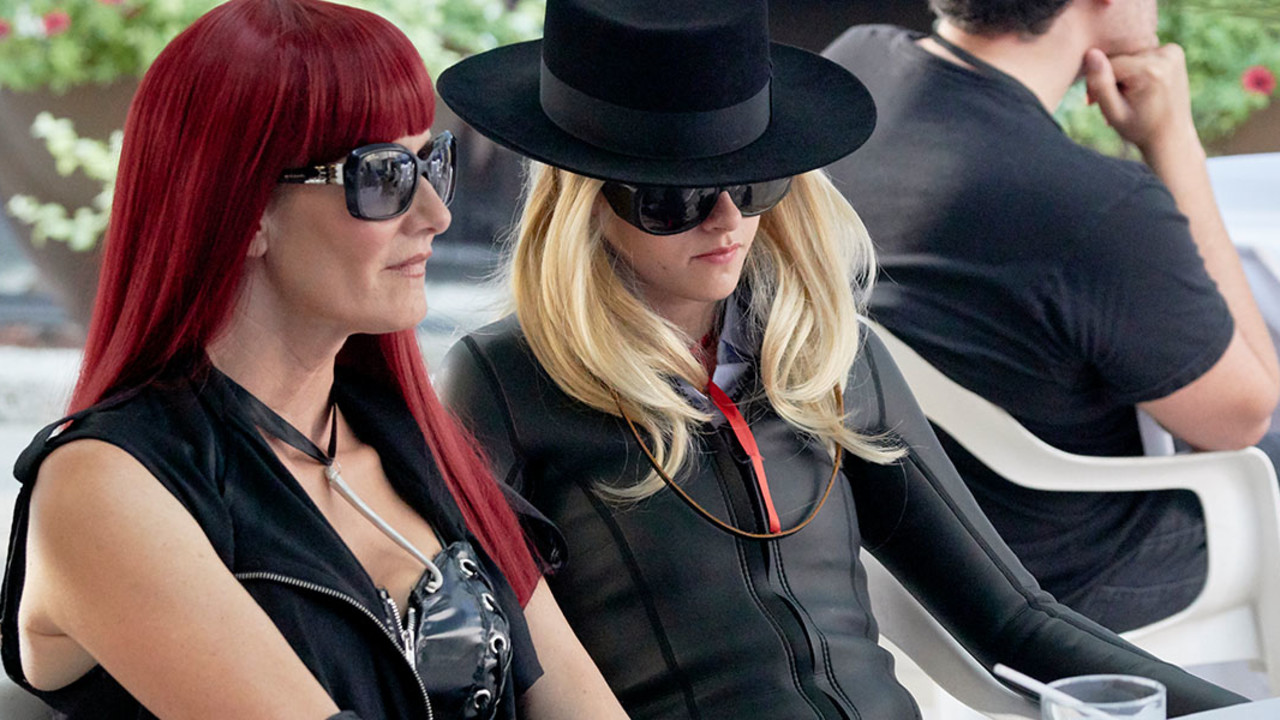 In a stroke of dream casting, filmmaker Justin Kelly brings together Kristen Stewart and Laura Dern to tell a story that's stranger than fiction, wilder than fact, and full of the drama we need right now. Jeremiah Terminator LeRoy is a delicious dive into the hubris, risk taking, and jealousy that so often surrounds great talent.

Laura Albert (Dern) writes tough, insightful fiction under a pseudonym, JT LeRoy. Her JT is not just a pen name but a whole persona, a teenage boy from West Virginia living a dangerous life as a truck stop sex worker. Laura was born in Brooklyn a generation earlier, and grew up in New York's punk scene. Writing books such as The Heart is Deceitful Above All Things as JT gives her complete freedom to explore the darker regions of human experience. Readers love it. The media loves it. They love it so much that they begin to demand JT in person. As journalists press for interviews with JT, turmoil mounts with Laura's husband Geoffrey (Jim Sturgess) and sister-in-law Savannah (Stewart). Partly from desperation, partly for kicks, they conspire to have Savannah don a wig and sunglasses, adjust her voice, and become the teenage boy author.

A former protégé of Gus Van Sant's, Kelly graduated from music videos to directing the acclaimed independent films I Am Michael and Welcome the Stranger. Here, he invites his audience along on what may look like a very strange ride. Layers of artist masquerade? Yes. Gender fluid everything? Naturally. Queer looks? Of course. Stewart and Dern, who've long proved their ability to make creative leaps look perfectly normal, are at their best here. As everyone's persona begins to bleed a little around the edges, it just makes the world that much more exciting. True story.