Set in 1998 at the outset of the Second Congo War, Rwandan director Joël Karekezi’s second feature is a propulsive odyssey about a pair of Rwandan soldiers navigating both wilderness and personal existential crises while lost behind enemy lines. 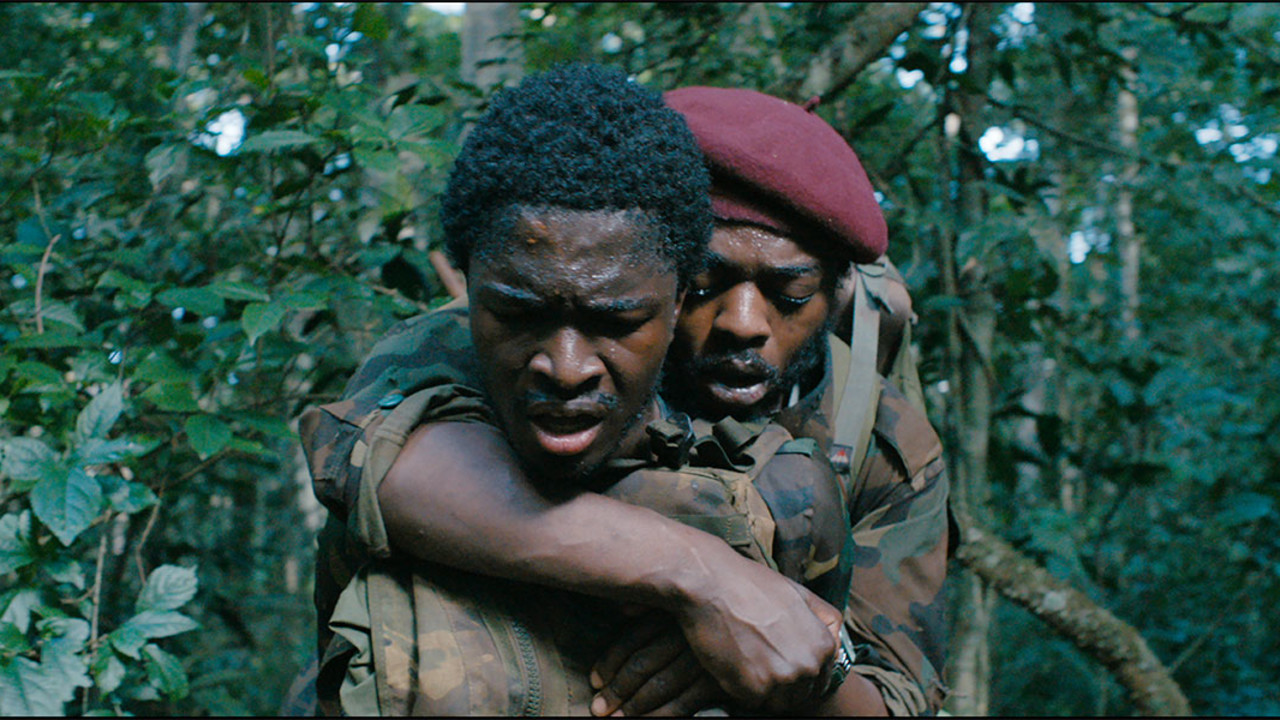 The Mercy of the Jungle

Kivu is the borderland where the Democratic Republic of Congo and Rwanda meet. It is here, in a dense network of forests and hills, that Rwandan director Joël Karekezi’s engrossing second feature unfolds. Set in 1998, shortly after the start of the Second Congo War, The Mercy of the Jungle follows a pair of lost Rwandan soldiers as they navigate the wilderness and confront their own existential crises.

Sergeant Xavier is a veteran of Rwanda’s ethnic conflicts, while Private Faustin is a fresh recruit eager to avenge the killing of his father and brothers. One night their battalion scrambles away to hunt down a group of rebels, and Xavier and Faustin are left behind just as Congolese militia begin swarming the area. They have no option but to head west, embarking on a long journey through a hostile landscape teeming with enemy patrols, wildlife, and mercenary mining operations. Thwarted by hunger and illness, the men must learn to rely on each other’s very different skill sets if they are to survive.

The Mercy of the Jungle excels as a propulsive, atmospheric odyssey about resourcefulness and camaraderie — an odyssey in which the jungle is itself a central character. But Karekezi also imbues the film with details that speak volumes about the myriad smaller tragedies that are the by-products of such wars, above all the forced recruitment of child soldiers. The senseless losses surrounding Xavier and Faustin accrue to the point where neither will be able to fight for their lives without also considering the toll their actions take on others.