Renowned photographer Richard Billingham makes his feature-film debut with this intricate family portrait, inspired in part by his own memories and shot on stunning 16mm. 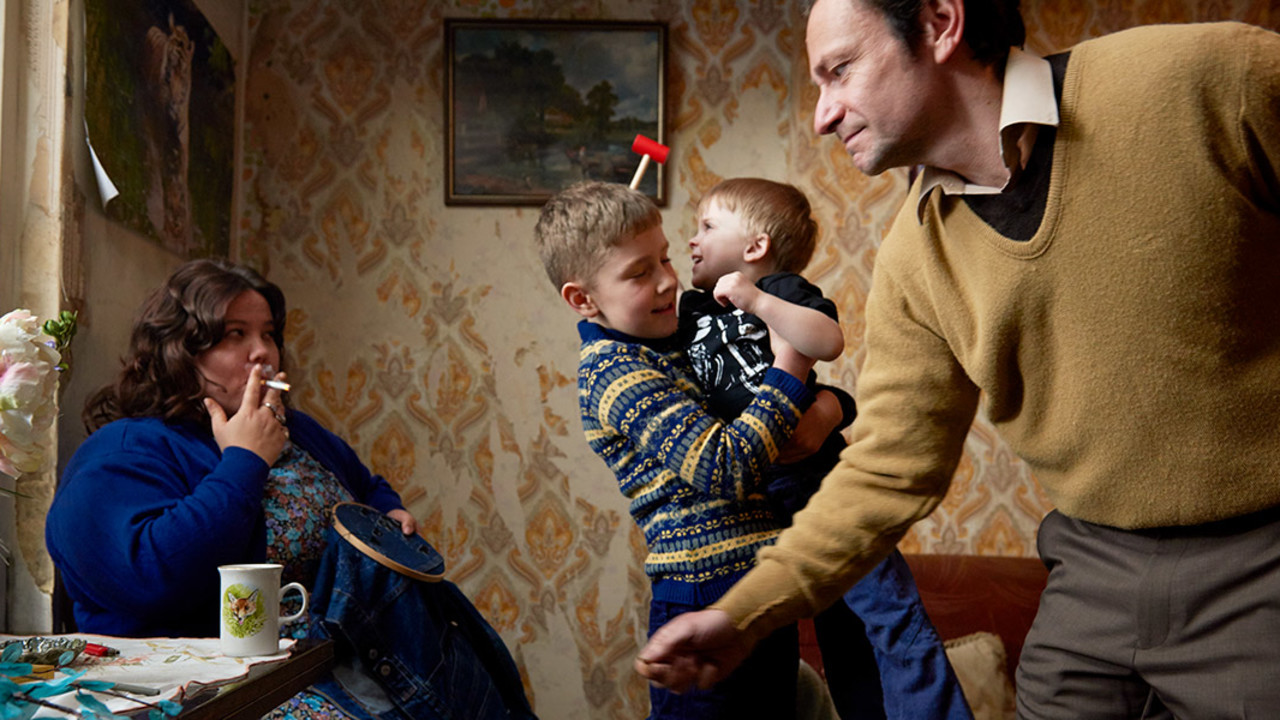 Celebrated British artist Richard Billingham is best known for a series of striking photographs depicting his family in their council flat outside Birmingham during the Thatcher era. The startling, saturated images were an immediate success when published in 1996, with an emotional authenticity and compassion that invoked comparisons to the photos of Nan Goldin, while the work's squalid realism inevitably ignited debates on the ethics of representation.

For his feature debut, Billingham revisits the figures of his earlier photographs — his alcoholic father Ray; his obese, tattooed mother Liz; and his younger brother Jason — with a series of everyday rituals that defy chronology, partly inspired by the artist's own teenage memories.

Sharing the same candid, cramped spaces as the photographs, the film is stunningly shot on 16mm (by Daniel Landin, Under the Skin). While the film's characters are exquisitely, lovingly drawn, exuding a wide and subtle range of emotion, RAY & LIZ accrues by strength of its indelible detail: the sublime light streaming through bottles of homemade brew; the lace curtains, paisley carpets, and ornate wallpaper that inform a period décor of paradoxical beauty and tackiness.

An original take on the British kitchen sink genre, RAY & LIZ recalls early Ken Loach, Samuel Beckett, and the unbridled melodrama of Fassbinder's 16mm television work, all while exhibiting a vision and aesthetic of its own. By turns tremendously sad, shocking, hilarious, and humanist, Billingham's film is as much about desperation and poverty as it is about memory, resistance, and small moments of grace. It also features one helluva soundtrack.