Jason Reitman (Tully, Up in the Air) directs Hugh Jackman, Vera Farmiga, and J.K Simmons in this biopic about US Senator Gary Hart's 1988 presidential campaign and his scandalous affair that derailed it. 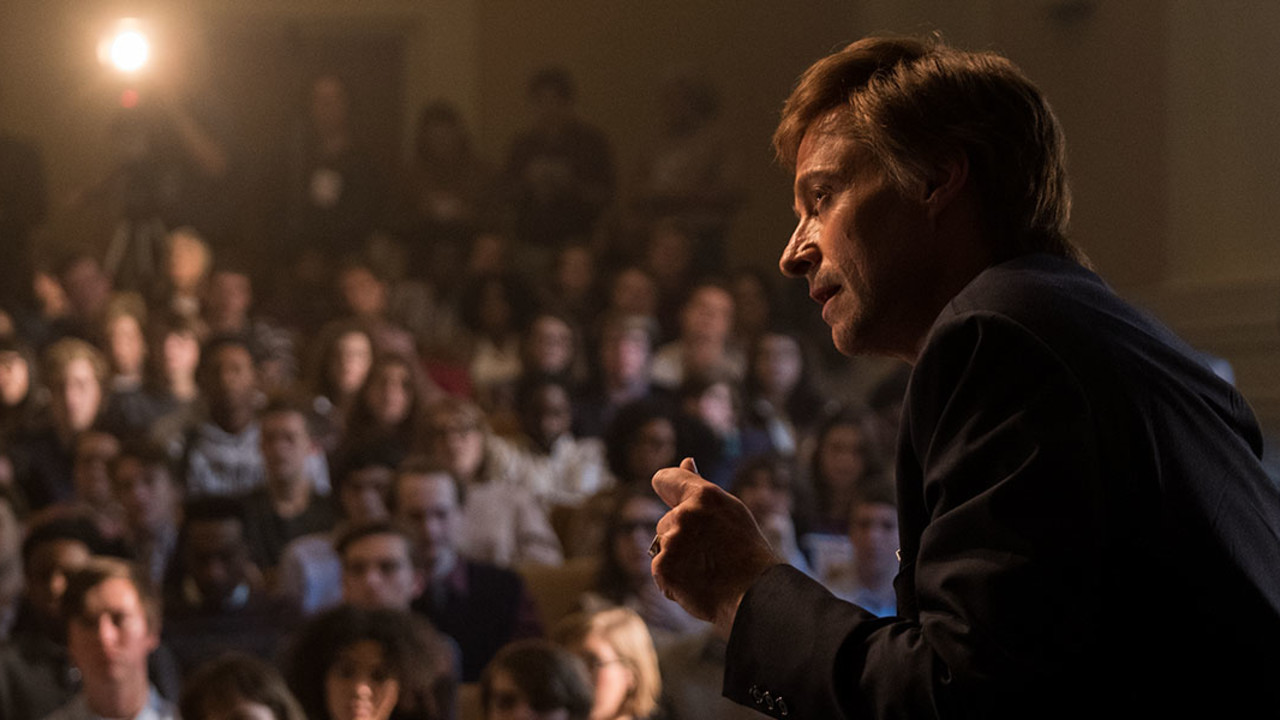 It might seem quaint in today's sensation- saturated news cycle, but it wasn't long ago that a politician at the zenith of his career could be felled by news of an extramarital affair. That was the fate of one-time presidential hopeful Gary Hart, the subject of Academy Award-nominated director Jason Reitman's enthralling new film. Starring Hugh Jackman and Vera Farmiga - working in perfect harmony here - The Front Runner recreates three weeks that forever changed US politics and how they're covered.

Having lost the democratic ticket to Walter Mondale in 1984, Gary Hart (Jackman) made a triumphant return to candidacy in 1987, at a moment when his party was desperate to wrestle power back from the Republicans after two terms of Reagan. Hart had everything going for him: intelligence, charisma, and experience as a lawyer, campaign manager, and senator, not to mention an ideal First Lady in wife Lee (Farmiga). But everything starts to crumble when word circulates that Hart is a womanizer - a rumour quickly followed by reports that he had an affair with Donna Rice (Sara Paxton).

Based on Matt Bai's All the Truth is Out: The Week Politics Went Tabloid, The Front Runner takes us into the backrooms where truths are drawn out and painful decisions are made.

Reitman, channelling Robert Altman in observational style, never loses sight of the story's moral compass. Featuring riveting performances from an ensemble that includes Oscar winner J.K. Simmons at his firecracker best and TIFF '17 Rising Star Mamoudou Athie, the film dissects a political implosion, prompting thorny questions regarding boundaries between private and public — and suggesting that the last 30 years of political scandal fever, from Clinton to Trump, has its roots here.