Cristina Gallego and Ciro Guerra (Embrace of the Serpent) once again team up for this exquisitely detailed story of a Wayuu man’s downward spiral — and its effects on his community — as he becomes increasingly involved in northern Colombia’s drug trade. 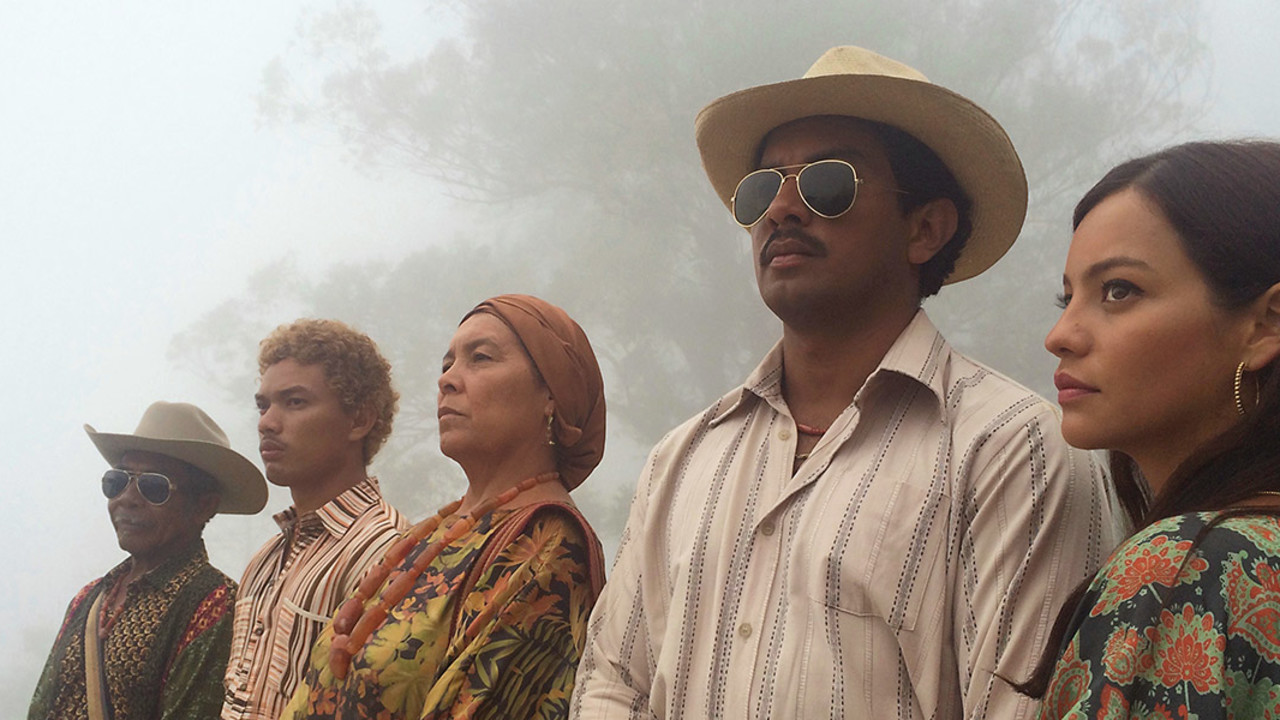 Following the second screening of Birds of Passage, Teresa Kramarz, Director of Munk One at the Munk School of Global Affairs and Public Policy, will join directors Cristina Gallego and Ciro Guerra for an onstage discussion about the film.

Documenting the true-to-life rise and fall of rival Wayuu clans in northern Colombia, the latest film by Cristina Gallego and Ciro Guerra, Birds of Passage is an unexpected take on the cartel genre. With incredible attention to the detail of Colombia’s indigenous Wayuu customs, traditions, and celebrations, Gallego and Guerra weave an epic tragedy of pride, greed, and the clash between the old and new worlds.

Raphayet (José Acosta) is captivated by Zaida (Natalia Reyes) at her “coming out” ceremony, and is determined to come up with the enormous dowry her mother and family matriarch Úrsula (Carmiña Martínez) demands. The solution to his money woes appears when he and his friend Moisés (Jhon Narváez) meet up with some hippie Peace Corps volunteers (in the country to hand out anti-Communist propaganda) who are looking for weed. This encounter will eventually have disastrous consequences for all involved.

As everyone’s wealth increases, so too does Moisé’s ego, and his trigger-happy attitude annoys the Wayuu who have been suspicious of this alijuna (outsider) from the get go. When Moisés targets Raphayet’s cousin’s clan, a rapid downward spiral ensues, bringing everyone along with it.