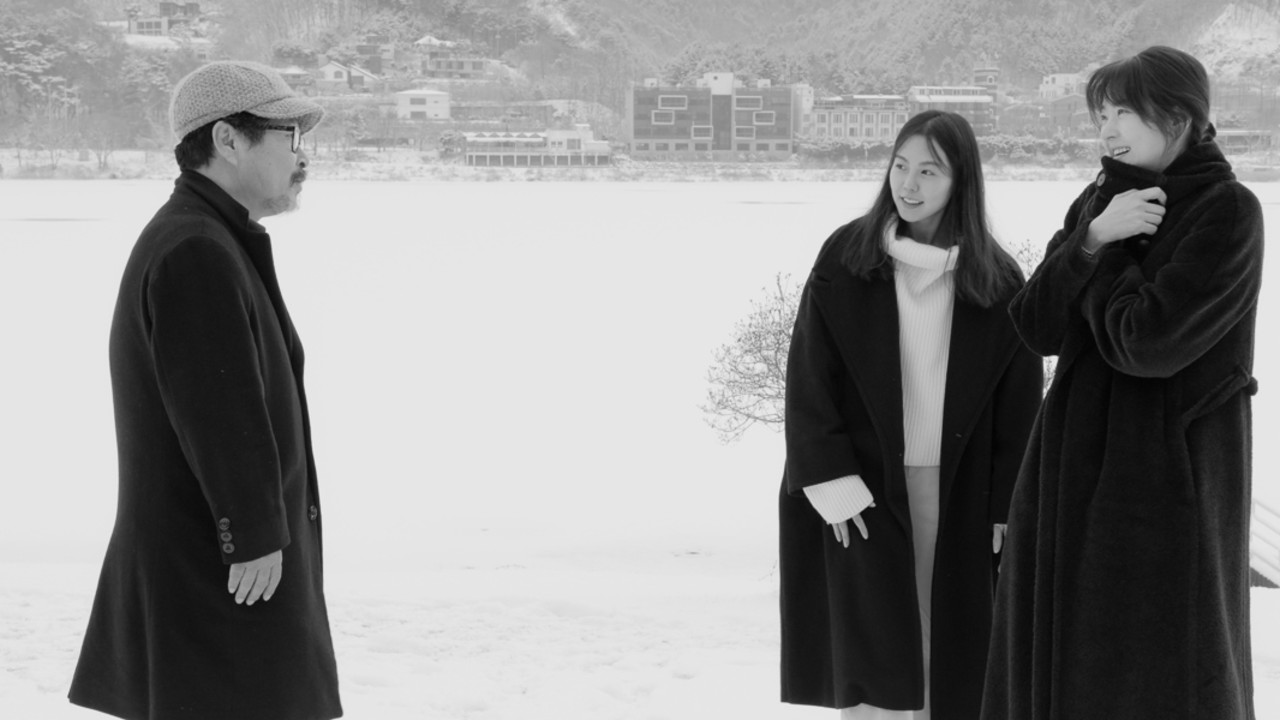 Hotel by the River

South Korean writer-director and Festival veteran Hong Sang-soo possesses a singular mastery for blending the mundane with the cosmic and the minutiae of human foibles with ageless queries into the riddles of time's passage. Hong's latest exudes that sublime balance, offering a pair of subtly intertwined narratives that reunite families and friends before casting them astray once more.

It is winter. An aging poet is holed up for two weeks in a modest provincial hotel overlooking the Han River. His adult sons are summoned to visit after years of estrangement. Though the hotel is small and its surroundings easy to navigate, father and sons lose each other, meet up, and lose each other again. Meanwhile, a young woman, after having just fled a destructive relationship, gets a room at the same hotel and calls for a friend. They nap, take walks, and talk about everything while drawing the attention of the poet, who finds in the pair a beauty and fascination sufficient to inspire new verse. A hotel, a river: both are symbols of transience, one fixed, the other flowing. Hong's characters come and go, assemble and dissemble, converse so as to better understand the self and, if they're lucky, connect with one another.

Shot in stark black and white and brimming with crepuscular melancholy and darker overtones, Hotel by the River invites us for a brief stay that will linger in our minds long after we've checked out.