Told through a series of impressively choreographed vignettes, Sergei Loznitsa’s (The Trial) scathing political commentary follows the war that has been raging in Eastern Ukraine for years, wielding both artillery and propaganda as weapons. 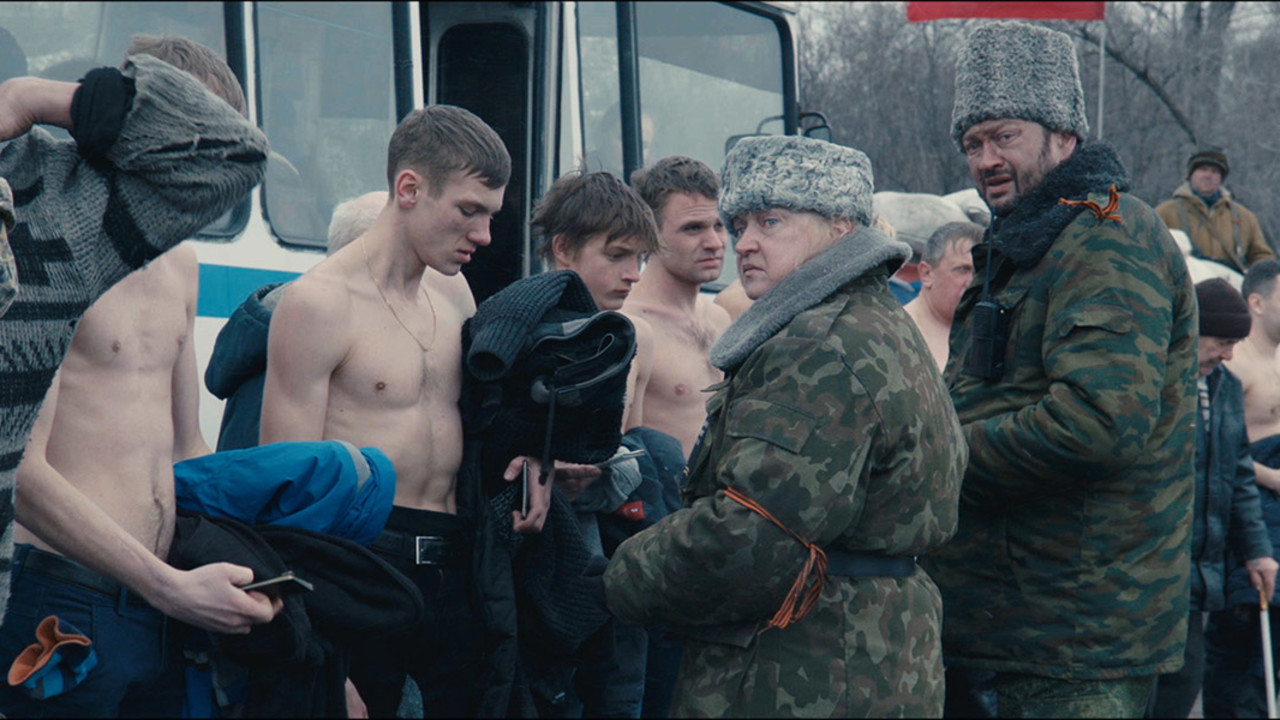 Following the second screening of Donbass, Robert Austin, Associate Professor of the Centre for European, Russian, and Eurasian Studies at Munk School of Global Affairs and Public Policy, will join director Sergey Loznitsa for an onstage discussion about the film.

If truth is indeed stranger than fiction, where does fake news fit in? And in this sordid post-truth landscape, what does it mean to be a patriot? Sergei Loznitsa’s Donbass is a circular and maddening cri de coeur.

This cinematic Orwellian symphony of related, but not necessarily connected, true-life events sourced from newspapers, TV clips, and YouTube is Loznitsa’s chef-d’oeuvre. Formed from vignettes using an ensemble cast, Donbass is an absurdist composition that depicts how the war for people’s hearts and minds is being fought and lost in Crimea.

Since 2014, following the events of Euromaidan and the Ukrainian revolution, the war in Eastern Ukraine — sometimes fought with artillery, sometimes with bombardments of propaganda and bureaucracy — has been raging between pro-Russian separatists loyal to Putin and nationals whose sympathies are with Europe, NATO, and the West. Regardless of region or alliance, memories of the Second World War and Stalinist purges and famines are close to the surface of the societal psyche, where there is no neutral position and apathy is not an option.

Sergei Loznitsa — whose previous TIFF titles include My Joy, Maidan, and Austerlitz — returns to Toronto this year with two titles: The Trial and Donbass, winner of Cannes’ Un Certain Regard award for Best Director. Made in partnership with master cinematographer Oleg Mutu, this is Loznitsa’s most cutting political work to date. Teetering between laughter and tears, audiences are tempted to view as hyperbole things that are all too real. And although looking away from the horror is certainly tempting, Donbass is simply unmissable.