Set during the Irish famine, Lance Daly’s latest searing drama tells the story of a British army deserter who returns home to find his mother has died of starvation and that his brother was hanged by the British, leading him down a path of justice for both his family and country. 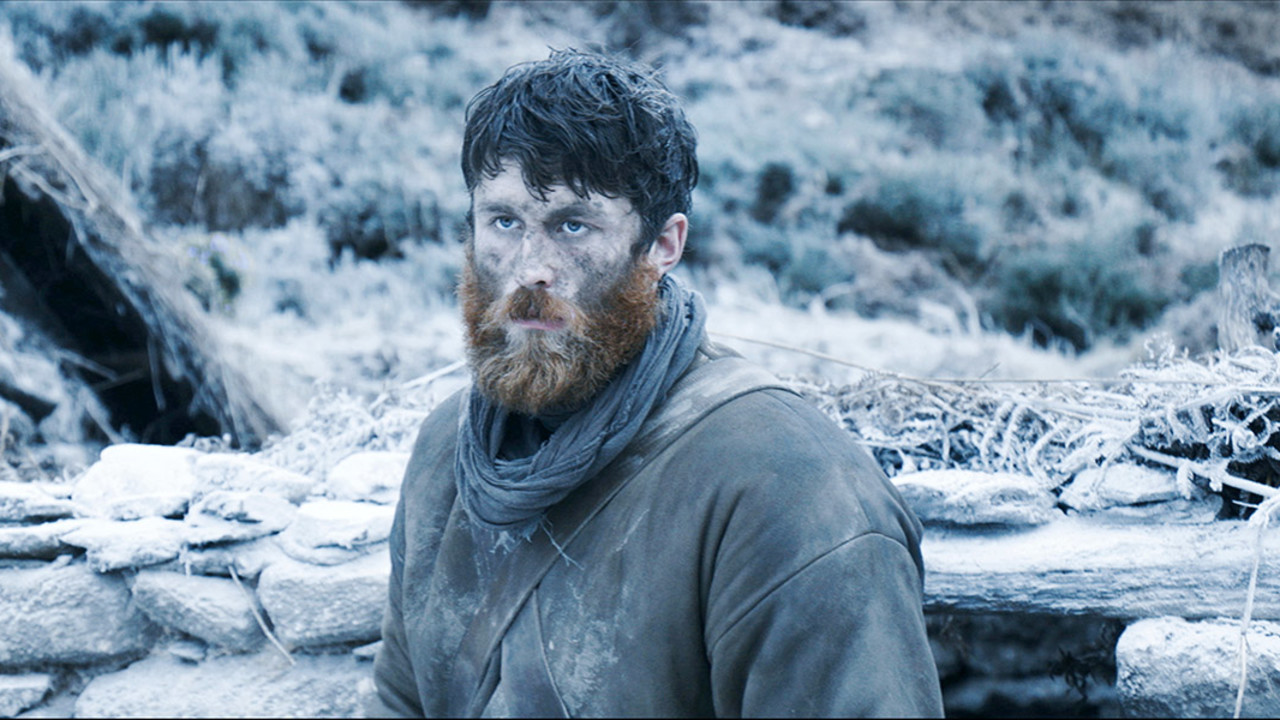 Set during the nadir of Ireland’s Great Famine, this searing new film from director Lance Daly could be characterized as a Western. Rooted in history but realized with the sweep of fable, Black 47 tells a riveting tale of hardship and revenge.

It is 1847 and Feeney (James Frecheville) returns to his home in the west of Ireland after having fought for the British army abroad. It is two years into the famine and one million people have already perished, including Feeney’s mother. His home, meanwhile, has been rendered uninhabitable and his brother has been hanged by the British. Feeney had planned to relocate to the US, but the horrors and injustices to which he bears witness steer him toward another path — one that will find him exerting his wrath upon officials, collaborators, and others in power.

A four-man crew is dispatched to stop Feeney, among them Hannah (Hugo Weaving), who fought alongside him. Hannah, too, has run afoul of the law and joining the hunt for his former comrade is his only hope of averting his own death sentence.

Black 47 is filled with haunting vistas of blighted landscapes, riveting moments of violence, and mesmerizing performances from its stellar cast, which also features Stephen Rea, Freddie Fox, Barry Keoghan, Jim Broadbent, and Moe Dunford (also at this year’s Festival in two other titles: The Dig and Rosie).

Daly proves himself an imaginative reviver of the Western genre and, more importantly, a devoted student of Irish history. The Great Famine begs to be remembered — and this stunning film offers a tour of that terrible time no viewer will soon forget.