Lee Pace, Jason Sudeikis, Judy Greer, and Corey Stoll star in this story — inspired by true events — of the rise and fall of automotive maverick John Delorean and his drug dealer-turned-informant neighbour, who worked with the authorities to bring the inventor down. 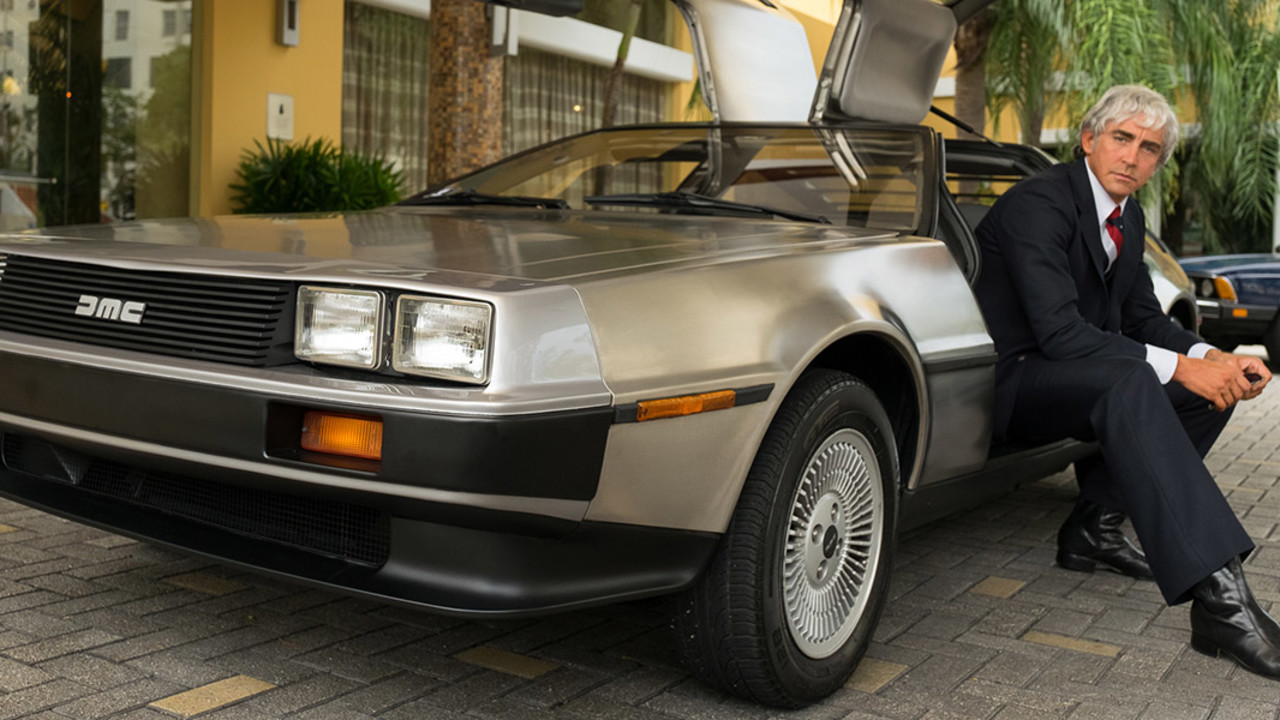 Based on an outlandish true story, Driven captures the uneasy alliance of maverick car designer John DeLorean and his less famous yet very colourful neighbour. Theirs is a story of too much money, too many drugs, and the inevitable crash and burn. Life in the fast lane? Driven makes the autobahn look like a go-cart track.

The year is 1977. Long established as a titan in his field, Motor City native DeLorean (Lee Pace) is living in luxury in Southern California and dreaming of the ultimate vehicle, one that will be coveted by every car connoisseur and constitute the peak of his legacy: a sports car with wings.

John's neighbour, Jim (Jason Sudeikis), meanwhile, acts like a high roller while barely supporting his wife Ellen (Judy Greer, also appearing at the Festival in Halloween) and their children. Proximity and dumb luck draw Jim into John's opulent orbit. Their friendship puts Jim in the front seat for some precarious exploits, including the transport of a planeload of narcotics. When Jim is caught red-handed, FBI Special Agent Benedict Tisa (Golden Globe nominee Corey Stoll, also appearing at the Festival in First Man) sees an opportunity to use the bottom-feeder to catch the big fish. Jim is now compelled to use his powers to incriminate his millionaire friend.

Written by Colin Bateman and directed by Nick Hamm (TIFF '16's The Journey), Driven is a furiously entertaining spin through the felonies of the rich and famous. Sudeikis is strangely endearing in his role as an ingratiating compulsive huckster, the embodiment of a certain brand of starryeyed, relentless American ambition.